Two fraudsters have been jailed after fleecing a man from Hove and dozens of others in a multimillion-pound betting investment scam.

Simon and Ian Reynolds ran the scam – known as Sporting Profits – for four years, making almost £5 million from more than 100 victims, including a man in his thirties from Hove.

Two dozen other victims came forward from across Sussex while others were from elsewhere in Britain as well as from abroad.

He pleaded guilty in March last year to two counts, covering a four-year period from 2008.

His nephew, Ian Reynolds, self-employed, of Ninfield Road, Bexhill, was jailed for three and a half years for his involvement from 2010 to 2012.

He denied two charges and was acquitted of the first count, covering 2008 to 2010. But he was convicted by a jury at Lewes Crown Court last month of the second count.

The case followed an investigation by detectives into an online spread betting investment fraud – Sporting Profits – in which the two men claimed to provide expert advice relating to various sporting events worldwide.

The pair ran two companies from 2008 to 2012 and scammed almost £5 million from more than 100 victims, providing profits statements to investors, falsely indicating that their investments had grown.

Detective Constable Jon Moore said: “The scheme was set up by Simon Reynolds who claimed to have a tried and tested system to make money on the betting exchanges which could provide an income of 2 per cent per month on any money invested.

“The sales pitch claimed that only 1 per cent of the investment would be at risk.

“Monthly updates were sent to all investors indicating how much their investment had been increased by, when all the time the scheme was losing money from the outset.

“Simon Reynolds set up the business and employed Ian as the ‘book-keeper’ – although Ian also received investors’ money and encouraged people to invest when they both knew the scheme had failed. 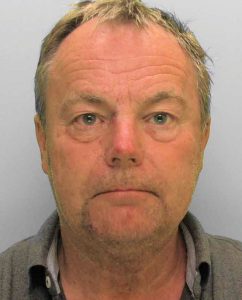 “A total sum of £1,598,650.77 was subsequently repaid to some of the investors but many have lost their pensions, inheritances and life savings.

“The Reynolds used the remainder of the funds to repay their losses to the betting companies and also to fund their own living.”

Louise Whitehead, from the Crown Prosecution Service (CPS), said: “After a complex investigation and prosecution by both Sussex Police and the Specialist Fraud Division of the CPS, the extent of the investment fraud committed by both defendants has been uncovered and some justice has now been obtained for the many victims.”