A Brighton man who dragged a woman back to his flat and raped her twice and sexually assaulted another woman has been jailed for 15 years. 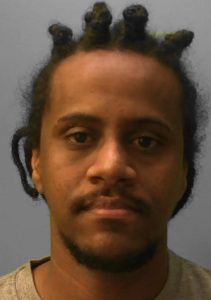 Sam Kesete, also known as Sami, a 21-year-old student and part-time shop worker, of The Pines, in Canterbury Drive, Brighton, must serve at least 10 years before being considered for release on supervised licence.

And even if he is released before serving 15 years, he will have to spend a further six years on licence.

Kesete was sentenced by Judge Christine Laing, the honorary recorder of Brighton and Hove, at Lewes Crown Court this morning (Thursday 24 June).

The court was told that Kesete had pleaded guilty at Hove Crown Court to two counts of raping a 21-year-old woman in his flat near The Level, in Brighton, last November.

Judge Laing told Kesete that he would be registered as a sex offender for life.

Detective Constable Elaine Welsh, of the Brighton Safeguarding Investigations Unit, said: “The 21-year-old woman was walking home along Oxford Street off London Road in the early hours of Saturday 28 November last year when she encountered Kesete, who forced her to his nearby flat where he raped her before eventually allowing her to leave, walking with her to her own home.

“This was an absolutely frightening experience for his victim who fortunately contacted friends and the police right away, enabling us to start a prompt investigation.

“Previously, in the early hours of Friday 18 September, Kesete had been with friends and a group of other people outside a night club on Brighton seafront when he sexually assaulted an 18-year-old girl who was a member of that group.

“She and others immediately challenged him and he was ejected from the club.

“Officers had been searching for him since then and the good description of the assailant in November was clearly a potential link to the first assault.

“The second victim was also able to identify the flat as being in the same area we already thought Kesete was living and this, coupled with swift police work including door-to-door inquiries, enabled us to make an early arrest and take Kesete off the streets.

“These were two isolated but very serious offences and people in Brighton are safer as a result of the investigation and now his sentence.

“Investigating such offences is a top priority for us, as well as ensuring that victims receive specialist support.

“The victim of Kesete’s attack in November has been very brave and has supported our investigation throughout but this has had a major impact on her which will clearly be long lasting.”