Officers from Sussex Police have spoken about the way that they pieced together the case against Brighton cat killer Steve Bouquet. 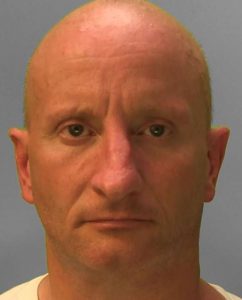 And they said that they are sharing what they have learnt with the National Crime Agency and police in other areas where pets have been slayed.

Detective Inspector Chris Thompson shared insights into the investigation that led to Bouquet, 54, a security guard, from Rose Hill Terrace, Brighton, being jailed for five years and three months today.

Bouquet, who served in the Royal Navy for 22 years, denied 16 counts of criminal damage after nine cats were killed and seven others cruelly injured.

But a jury at Chichester Crown court were unanimous in finding him guilty in his absence after an eight-day trial last month.

And today at Hove Crown, Judge Jeremy Gold jailed Bouquet for five years for the harm he caused each of the much-loved family pets.

Bouquet was jailed for five years and three months in total, after the judge was told that he had advanced thyroid cancer which had spread to his liver and lungs.

The first of Bouquet’s victims came to light in October 2018 and the attacks continued for nine months.

The court was told that cat owners had paid thousands of pounds in vets’ bills but in nine cases this had been in vain and the animals had died of their injuries.

Detective Inspector Chris Thompson said: “In late 2018 we became aware of a number of reports where cat owners believed their cats had been deliberately killed or injured.

“We needed to determine whether there was human involvement in these cases and submitted two cats for post-mortem examinations by a specialist vet at the Royal Veterinary College.

“It was found that one of the cats had been stabbed by a sharp implement deliberately but the other had too much surgical intervention to make a definite conclusion.

“The attacks had occurred in a fairly confined area of the city with two distinct clusters to the east and west of Preston Road, just south of Preston Park and a line from the area of Brighton railway station to close to the seafront.

“However, there were no witnesses to the savage acts and there was no indication as to who was responsible.”

The breakthrough came in May 2019, when nine-month-old Hendrix was stabbed by a knife in Crown Gardens, a narrow passageway linking Church Street and North Road in Brighton.

Detective Inspector Thompson said: “Hendrix’s owners were at home in the early evening of (Friday) 31 May, when he came in, bleeding heavily from a single knife wound,

“The owners discovered a trail of blood leading from the passageway to their home and then noticed a CCTV camera near by.

“This had been set up by a neighbour whose own cat had suffered a similar fate, having been stabbed and killed a year before.

“We examined the footage and discovered that it had captured Bouquet stooping to stroke the cat before taking something from his rucksack and making a sudden jerk towards it. Hendrix fled but he later sadly died from his injuries.

“This was to prove a turning point in our investigation as, for the first time, we had evidence of who was responsible. Two days later, on (Sunday) 2 June 2019, we arrested the suspect and in a search of his house found a knife with cat DNA on the blade and his DNA on the handle.

“We also found a number of images of live cats in various locations around the city and also one that showed a dead cat, Kyo, that had been killed in May 2019.

“In interview, Bouquet told us how cats had always been friendly to him and he would often stroke them while he was walking.

“He was bailed while our investigations continued and we established that he was never out of the city at the relevant times of the offences – this was the time from when the cat was last seen uninjured to the time when it was found injured or dead.

“He was never at work for the whole period during the relevant times, there was a preponderance of offences between his home and work place when he was working but when he was not at work the offences occurred mainly near his home address.

“Additionally, we found that when he had a period of leave, the attacks increased from one or two a month to several over the course of a week.

“We were aware that, with the exception of the CCTV from Crown Gardens, we were relying on circumstantial evidence.

“But as the investigation progressed, we were able to establish location data from his mobile phone, we disproved his claim that he found the knife on his way to work on the morning of his initial arrest and a witness had come forward with a positive identification of him after seeing a man acting suspiciously shortly before a cat was found dead in the Shaftsbury Road area.

“Due to the unique nature of this investigation, a number of experts were identified to assist in assessing the evidence and information available, including proving that the injuries were stab wounds and interpretation and examination of his mobile telephone. 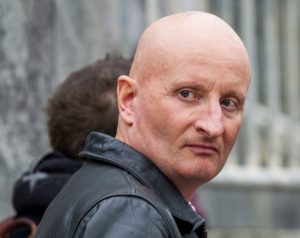 “His laptop computer showed that he had repeatedly accessed a website in relation to lost cats in the city, paying particular attention to a cat that was killed.

“He had also viewed numerous dog killing cat-related videos and two photographs of a dead cat in a front garden, taken at different times of the day, were recovered from his devices and believed to have been taken by him.

“No further incidents of this nature had been reported since his arrest.

“This was enough to provide us with a case to submit to the Crown Prosecution Service (CPS), who authorised the 17 charges on (Sunday) 22 December 2019.” 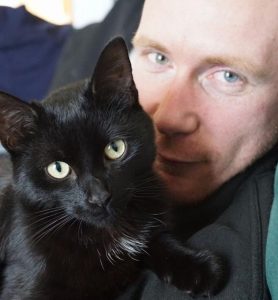 After the case, Stewart Montgomery, whose cat Hendrix was attacked and killed by Bouquet, said that losing his beloved pet had been devastating for him and his partner.

He said: “We got Hendrix as a kitten and had him less than eight months. He was such a bold cat who loved being outside but, on the day he was attacked, he was only outside for about 10 minutes.

“We rushed him to the vet but he was too badly injured to be saved. We miss him as he was part of our family. In fact, we were so shocked about what had happened, we decided to move away from the city centre.

“We are so pleased and relieved that the police arrested the person responsible and he was convicted of these shocking crimes.”

Chief Superintendent Nick May, the Sussex Police divisional commander for Brighton and Hove, said: “This has had a devastating impact on those who have had their beloved pets killed or seriously injured and Bouquet’s actions understandably caused a lot of concern and worry to other pet owners in the city.

“There have been considerable financial implications as well, with some spending up to £7,500 to try to save their animals.

“This was a necessarily complex and exhaustive investigation. I would like to express my thanks to the investigation team who worked tirelessly to bring about this successful result, to the CPS and the many experts who we have called upon to support the prosecution.

“There is no indication to suggest that Bouquet is involved in any other incidents relating to the killing or injuring of cats elsewhere in the country – indeed, evidence suggests that he rarely leaves Brighton.

“There are no indications that there is any other person in Brighton and Hove causing harm to cats and we are not looking for anyone else involved in this type of criminality.

“However, we understand the considerable public interest in this case and we are sharing our learning with the National Crime Agency and with other forces who have experienced similar incidents.”