The council and environmental groups are planning to patrol Brighton seafront for a rubbish clampdown, with litterbugs facing a £150 fine.

Brighton and Hove City Council said: “We’ve teamed up with Surfers Against Sewage and Leave No Trace Brighton to carry out a ‘Zero Waste Beach Initiative’ and educate the public on the dangers of littering.

“This Saturday (21 August) our environmental enforcement officers will patrol the beach between the Palace Pier and West Pier which will be marked off as a ‘Zero Waste Beach Zone’.

“The officers will be educating the public on the dangers of littering but also handing out £150 fines for those who still choose to leave waste.

“At the same time, volunteers from Leave No Trace Brighton and Surfers Against Sewage (SAS) will be running beach cleans and encouraging beach goers to not only remove their own rubbish when they leave but also to dispose of any other waste they come across instead of leaving it behind.

“Despite our repeated calls for people to bin their rubbish responsibly or take it home, huge amounts of litter can still be seen on a daily basis while walking along the seafront.

“Not only is rubbish being left piled up around overflowing bins, it’s also strewn around the beach, leaving the sea and the life that lives there at risk.

“Some people still remain unaware – or sadly don’t care – about the damage that leaving their waste behind can cause.

“But by working to educate the public, Leave No Trace Brighton, SAS and ourselves hope to encourage people to be more aware of their behaviours and keep our beaches cleaner.”

Stuart Davies, from Surfers Against Sewage, said: “This is a great initiative to spotlight the issue of waste on our precious marine environment, to educate and guide those that their impact really does make a difference.”

Coral Evans, from Leave No Trace Brighton, said: “A vast percentage of waste, most of it single-use (plastic) packaging, is left on the beach by members of the public with little regard for the health of Brighton and Hove’s coastal environment, its wildlife or the 500-plus bins that stretch the length of Brighton and Hove seafront.

“Waste reduction is key in our efforts to become a low-carbon society and to reduce ocean pollution. We think the Zero Waste Beach Initiative will be a great way to engage the public and raise awareness of these environmental issues.”

“Yet this year has seen the highest amount of rubbish ever collected from the beach in one weekend, as some people seem to think it’s acceptable to leave their waste behind. 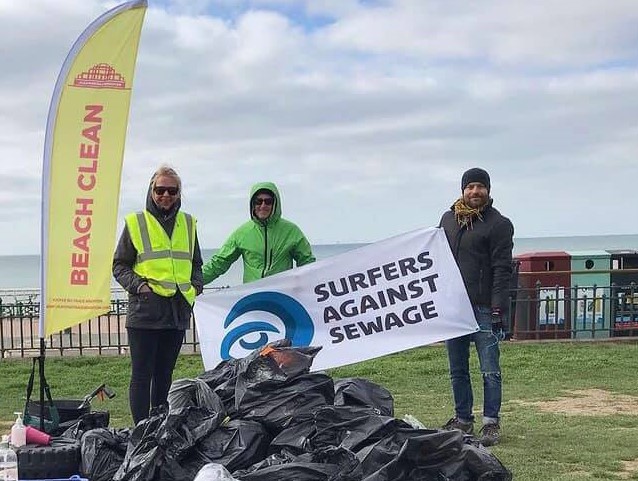 “Litter isn’t someone else’s problem. Keeping our beaches and seafront clean, tidy and litter-free is one of the most important ways we can protect nature and ensure our beautiful beach and seafront can be enjoyed for years to come.

“So this weekend’s Zero Waste Beach campaign once again sends the clearest possible message: dumping your waste on the seafront is unacceptable.

“From taking part in the beach cleans to learning how to reduce waste, the Zero Waste Beach is another way we can all play our part to stop litter and the damage it causes.”

Details of the event that members of the public can attend, including a beach clean and talking to all the groups involved, can be found here.