A developer has been granted planning permission to have step-free wheelchair-accessible flats in just one of its proposed two blocks. 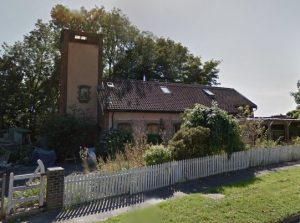 The Meeting House in Park Close in Coldean

WSE Property Services already has permission to build two three-storey blocks with 12 flats on the site of the former Meeting House in Park Close, Coldean.

One of the planning conditions was that the ground-floor flats in both blocks would be accessible to most wheelchair users – offering step-free access – before anyone could move in.

But the company said that the steep slopes at the site made it impossible to include ramp access to one of the blocks.

The ramps would have to be between three and four metres long with a landing space and this affect the entrances to the buildings.

Members of Brighton and Hove City Council’s Planning Committee were told on Wednesday (6 October) that the revised plans would comply with a policy aimed at ensuring that 5 per cent of homes were fully wheelchair accessible.

In terms of space, councillors were told that all of the flats were potentially accessible to disabled people but not step-free.

She said: “So far this meeting, we’ve decided it’s not acceptable to have a restaurant where people can’t get up to the top floor.

“We’ve decided it’s not acceptable to have a theatre where people can’t get on to the balcony level.

“But we are saying it’s acceptable to have 12 new homes, four on the ground floor and only one that’s accessible for wheelchairs.

“It’s not just about people living there in wheelchairs or with difficulty walking. It’s about their visitors.” 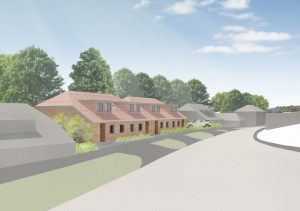 Independent councillor Tony Janio voted in favour of the revised plans and said: “In the past when I’ve been casting my eye down the road I live in, I don’t think the houses there are wheelchair accessible. If someone with a wheelchair moved in, they would have to adapt it.

“As the policy exists now, out of 12, we will have one purpose-built and one accessible. It’s a move forward. It’s compliant. I will be supporting it.”

Labour councillor Clare Moonan also spoke in favour of granting the application, saying: “The other two flats aren’t wheelchair-accessible if you can’t get through the front door so let’s not pretend they are.

“Nevertheless, we’ll remain with one that’s fully adapted and a second one where someone could visit because they have level access. It’s policy compliant and I will be supporting this application.”

Councillors voted eight to two to approve the change to the planning permission.