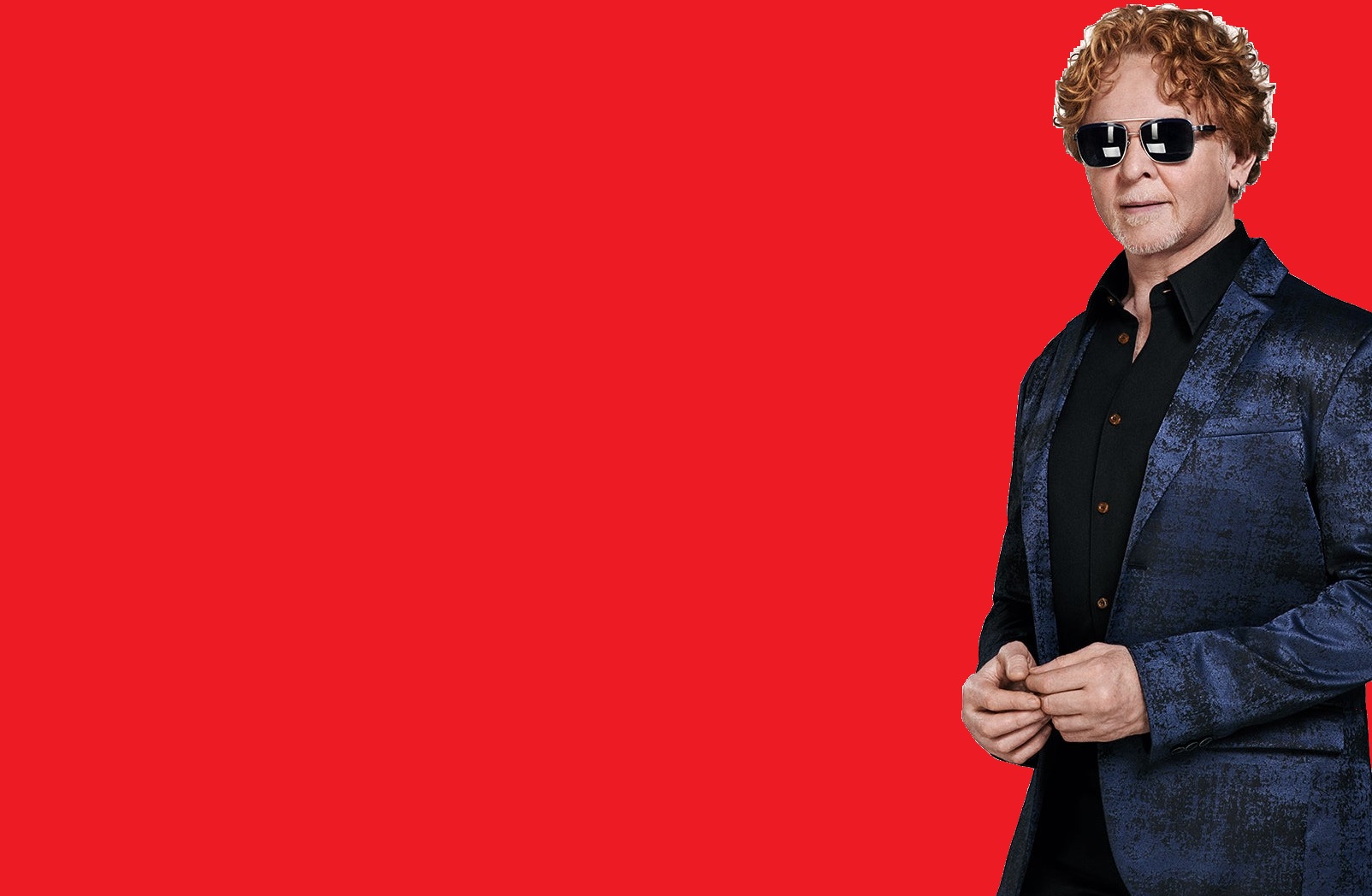 Saturday evening in Brighton and the auditorium was full, with an air of tentative hope and muted enthusiasm. Would Simply Red bring the audience joy and escapism, or would Hucknall’s voice be affected by his self-confessed long Covid? Would the band perform their much beloved hits or mainly concentrate on new material? This date was just one in a comprehensive year-long, much anticipated international tour for the band. In a week of distress for all of us, the audience in the Brighton Centre last night were longing for some familiar soulful grooves and hits from Mick Hucknall and his ’blue-eyed soul’ band, ‘Simply Red’… and that was exactly what they got in spades.

Hucknall has been Simply Red’s songwriter and bandleader since 1985, he was joined a year later by saxophonist Ian Kirkham, the rest of the current line-up, after many changes early on, has remained constant since 2003. There were certain soul acts in the ‘70s and ‘80s who we associated with love making, whose music was sure to get us in the right romantic mood, Chic, Barry White and Marvin Gaye for instance, and we can add ‘Simply Red’ to those luminaries. Sometimes Hucknall’s output was berated by critics, but the public knew a good thing when they heard it and totally ignored the criticism, buying their albums in huge numbers worldwide. 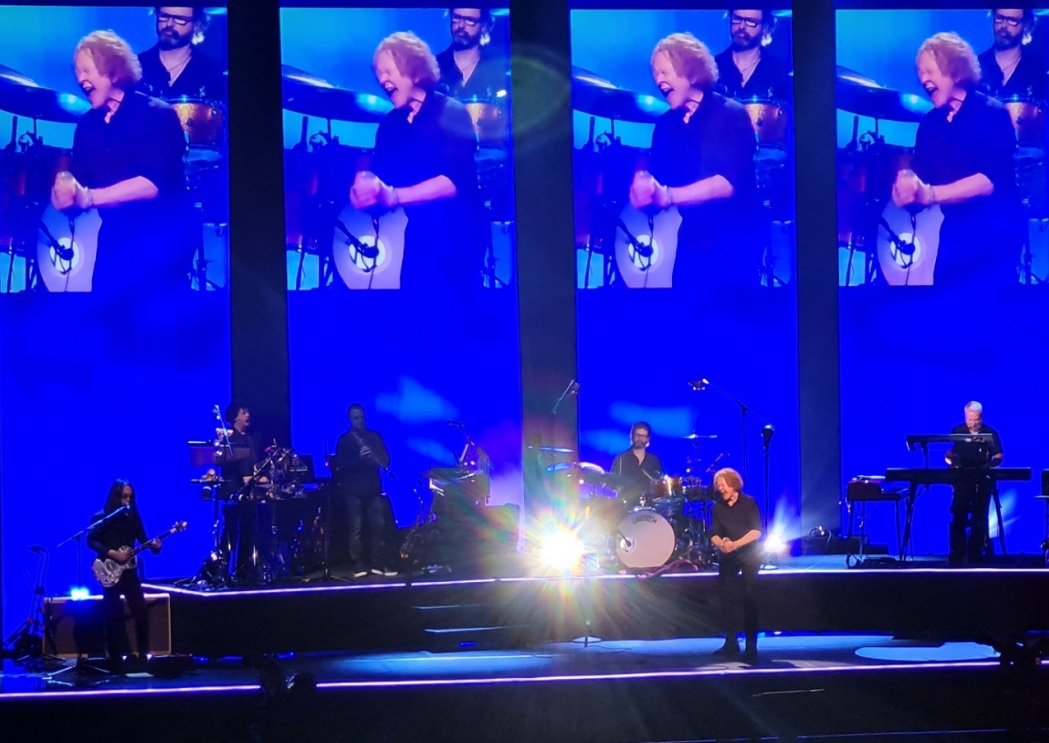 Mick Hucknall followed his band onstage to heartfelt cheers, “We’ve made it. We’re still alive!”, he called out, talking about the pandemic he dedicated the gig to “all those who didn’t make it”. Traversing along the front of the stage as he sang, Hucknall was backed by large screens which projected his and the band’s live images and appropriate visuals to great effect. The band chose to concentrate on a greatest hits set to the audience’s delight, despite having a new top 10 album ‘Blue Eyed Soul’ to promote. Their songbook is full of crowd pleasers and it wasn’t long before the seated audience were singing along to the likes of ‘For Your Babies’, ‘A New Flame’ and ‘Holding Back The Years’, but the dancing didn’t start in earnest until their cover of Gregory Isaacs ‘Night Nurse’. Hucknall dedicated the cover to the memory of Sly Dunbar of Sly and Robbie, who died in December 21. One of my many favourites of the evening was their cover of The Stylistics’ ‘You Make Me Feel Brand New’ which displayed Hucknall’s clear, strong and tender vocals. In contrast, I also loved ‘Thrill Me’, rocking, hot and funky with great sax solos from Kirkham. It is easy to forget what a good, tight band Simply Red is, Kirkham and Suzuki’s solos and the backing vocals were particularly of note. Stars received the warmest reception, and reminded us all just what a great soul hit it is.

Ending on a high note with ‘Fairground’, Hucknall left the stage followed by his band members, to rapturous applause, returning for an encore of ‘Money’s Too Tight (To Mention)’ from his first album ‘Picture Book’, ‘Ain’t That A Lot Of Love’ and finally, ‘If You Don’t Know Me by Now’ a cover of Harold Melvin & The Blue Notes song. The hall was hot and happy as we all cheered our appreciation. 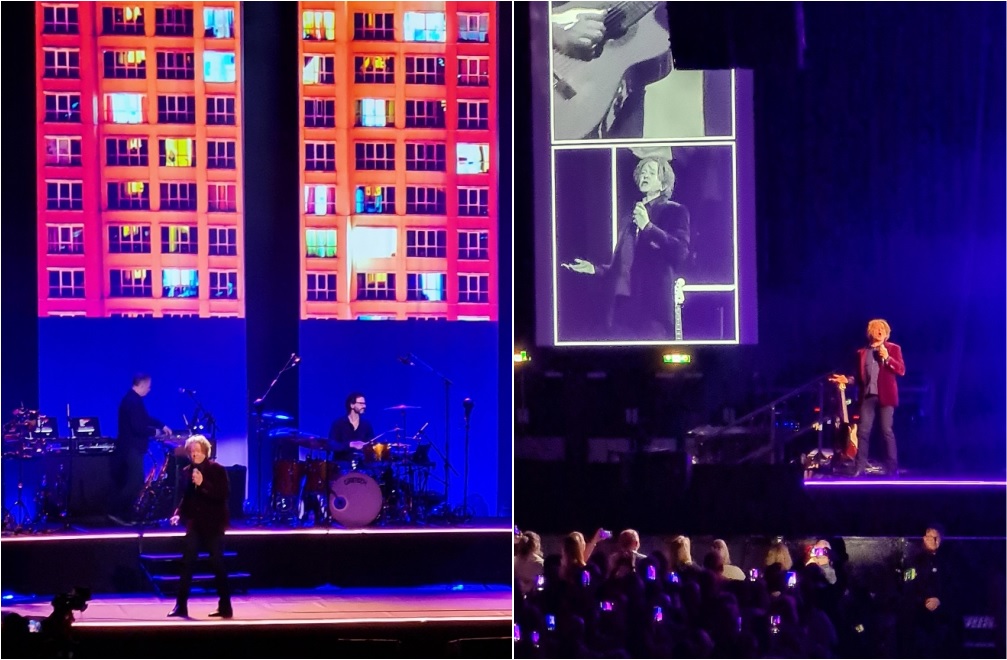 Hucknall radiated contentment, confidence and pride throughout the evening and thrilled us with his superb voice and songs, his famous womanising and alcoholism a distant memory.. ‘Simply Red’ may have sold over 50 million albums but Hucknall’s voice is what really impresses, reaching out to our souls and grooving with us all. I bought a cassette of their ‘Stars’ album and a CD of ‘A New Flame’ back in the day and their many hits are like all true classics, they sound as good today as they did then. We left all our troubles behind for 90 minutes, and danced our socks off, an audience united by music in an uncertain world.

Simply Red setlist:
‘Home’
‘So Not Over You’
‘Never Never Love’
‘You Make Me Feel Brand New’ (The Stylistics cover)
‘For Your Babies’
‘Holding Back The Years’ (The Frantic Elevators cover)
‘Enough’
‘A New Flame’
‘Your Mirror’
‘Night Nurse’ (Gregory Isaacs cover)
‘Fake’
‘Thrill Me’
‘It’s Only Love Doing Its Thing’ (Barry White cover)
‘Come To My Aid’
‘Stars’
‘Sunrise’
‘Something Got Me Started’
‘Fairground’
(encore)
‘Money’s Too Tight (To Mention)’ (The Valentines Brothers cover)
‘Ain’t That A Lot Of Love’ (Homer Banks cover)
‘If You Don’t Know Me By Now’ (Harold Melvin & The Blue Notes cover)

Further information on Simply Red can be found at www.simplyred.com 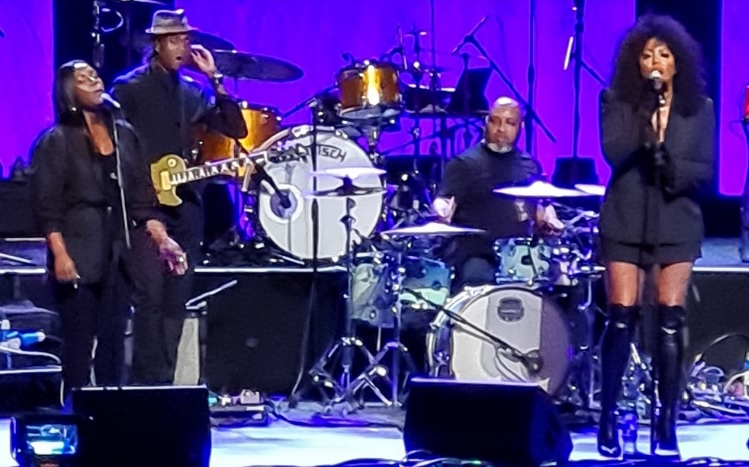 We were very lucky to have Mica Paris as the support act. A popular British soul singer, born Michelle Wallen in North London, Paris has been releasing great music since the late ‘80s. She has collaborated with many artists in her career, from the likes of David Gilmour, Bonnie Raitt and Boy George to Alexander O’Neal, Prince and Lemar and presented both television and radio shows.

Sporting her signature black thigh length boots and mini skirt, Paris was hell bent on rousing the audience, she asked us “Brighton, are you with me?” several times during her set, to an audience slow to react at first. Paris also has a strong and soulful voice, honed from singing in her grandparent’s church and then in a gospel choir. She dedicated one of her songs, ‘Mama Said’, to her grandparents and all grandparents in the house, of which she said she was one.

Starting with ‘Like Dreamers Do’, and ‘Where Is The Love’, she gave the gradually warming audience some of her many hits. Her lovely version of ‘Something Inside So Strong’ was dedicated to Ukraine, a popular sentiment among the fans. My favourite number was ‘Stay’, which sounded very familiar and I realised it was her version of ‘If You Want Me to Stay’ by Sly and the Family Stone. Paris ended her enjoyable set with ‘My One Temptation’, from her debut solo album ‘So Good’.

Mica Paris setlist:
‘Like Dreamers Do’
‘Where Is The Love?’
‘Breathe Life Into Me’
‘Mama Said’
‘Something Inside So Strong’
‘Time After Time’
‘Stay’ (cover of ‘If You Want Me To Stay’ by Sly & The Family Stone)
‘My One Temptation’

Further information on Mica Paris can be found at www.micaparis.com 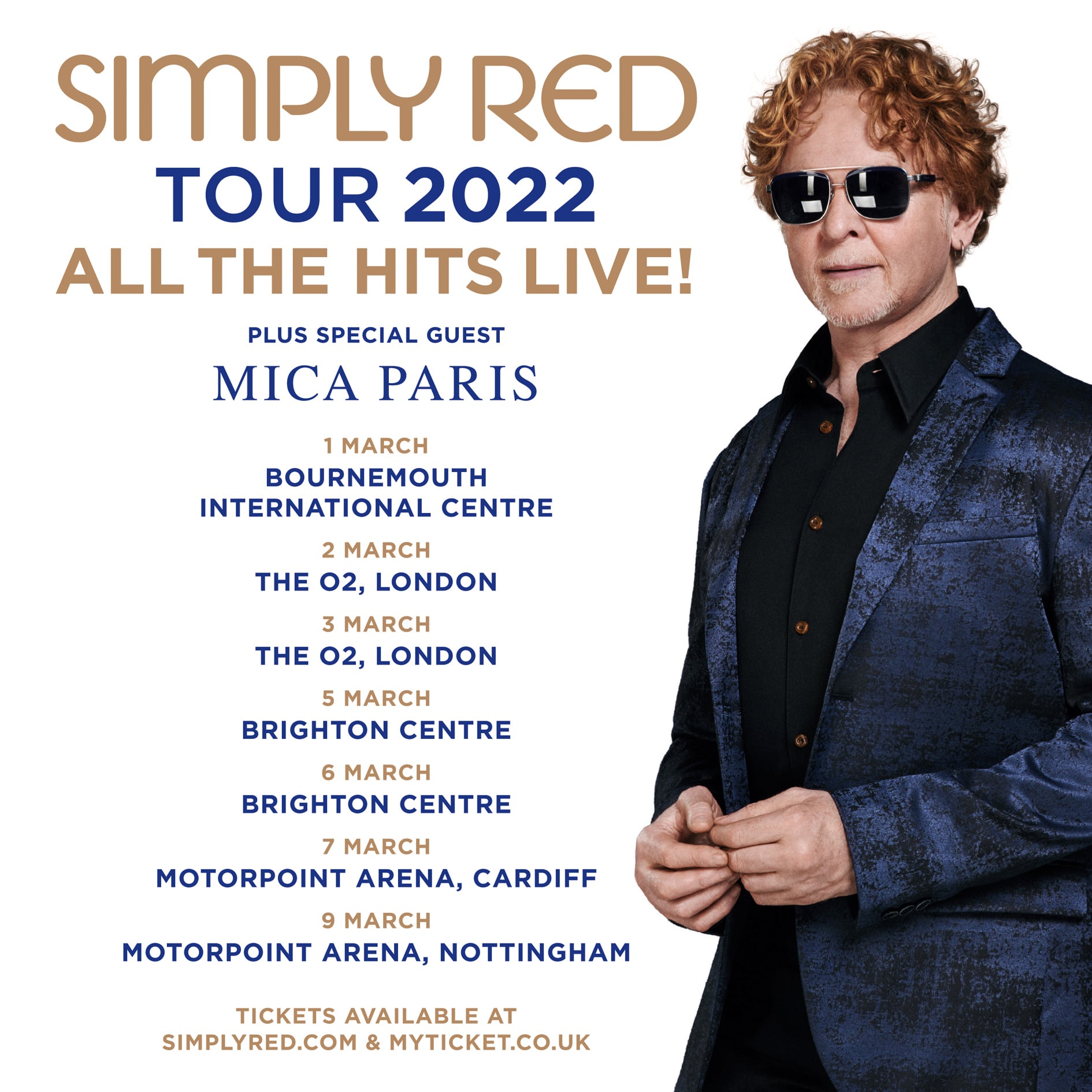