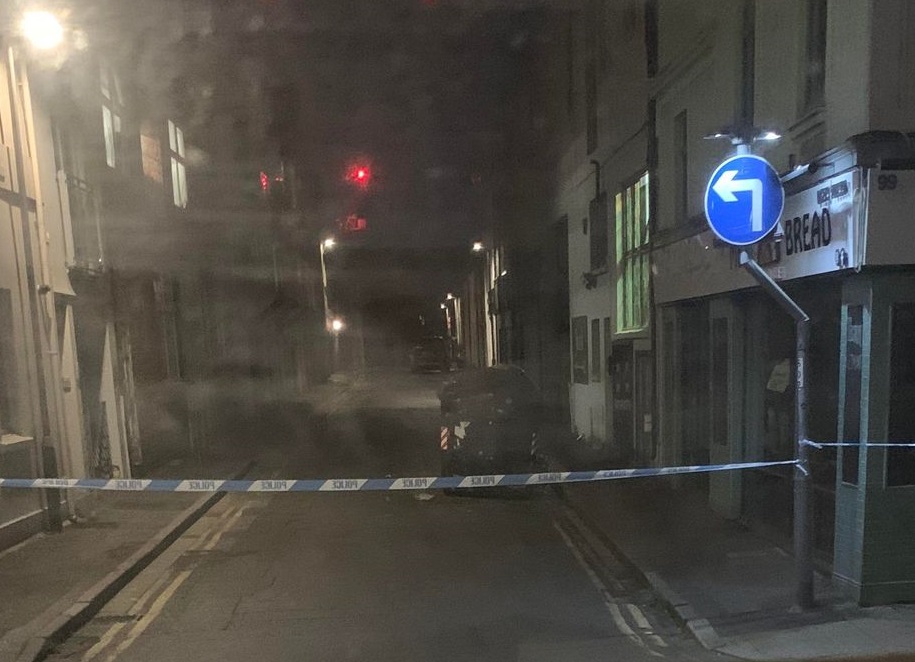 A man was stabbed in Brighton last night by attackers who fled into the night.

The victim was in North Road by the junction with Vine Street at about 10.30pm when he was attacked with what witnesses say appeared to be a screwdriver and broken glass.

The area was cordoned off by police last night. This morning, they issued an appeal for information.

A police spokesman said: “Police received a report of a stabbing in North Place, Brighton, about 10.30pm on Tuesday 14 June.

“Officers responded to the scene, and a 33-year-old man was found with a leg wound. He was taken to hospital for treatment, where he remains at this stage.

“Enquiries are ongoing, and anyone with any information is urged to report it online or call 101, quoting serial 1557 of 14/06.”