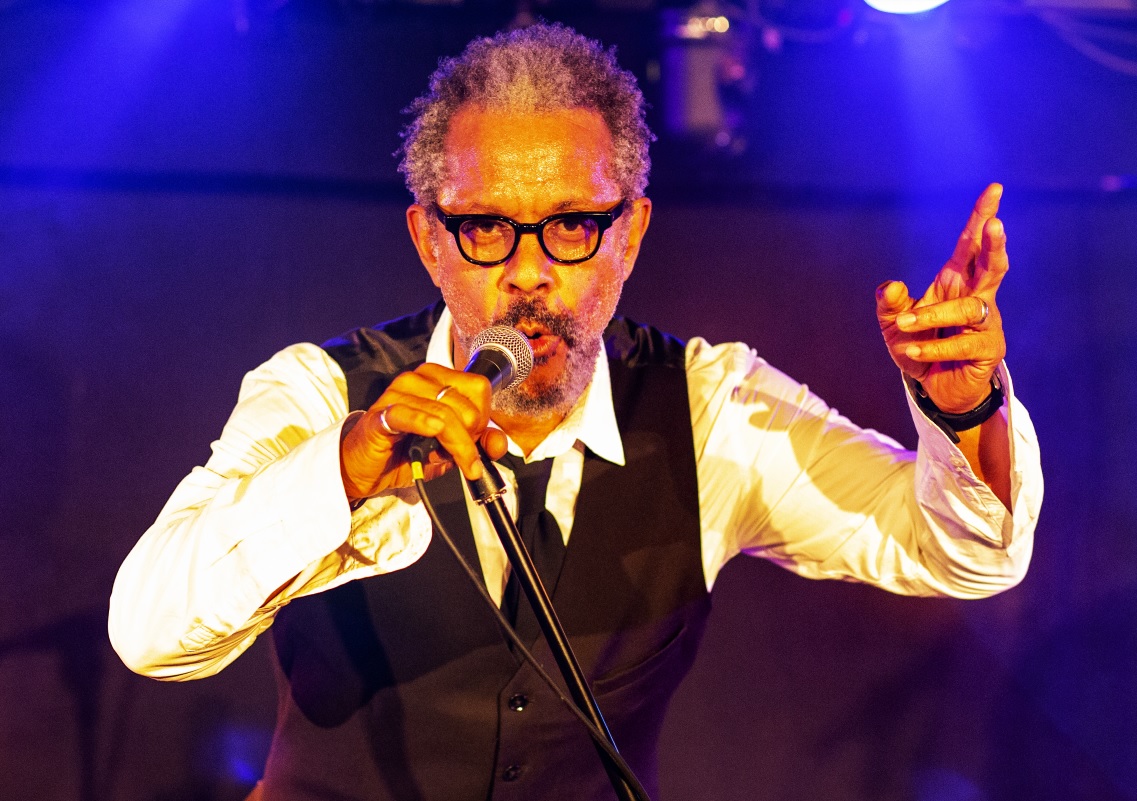 Tonight was a typically lukewarm example of an English summer evening, but the short trousers were well and truly on (I was dressed to sweat…or gently perspire), all ready to catch the mighty 80s pop sensations ‘JoBoxers’ strut their stuff on Brighton’s Komedia stage. We were slightly curtailed by a bus not showing up, but we got to the venue in good time to eat an expensive Vegan burger in the venue’s restaurant, all ready for a bit of 80’s nostalgia, when burgers cost no more than a thrupenny bit. 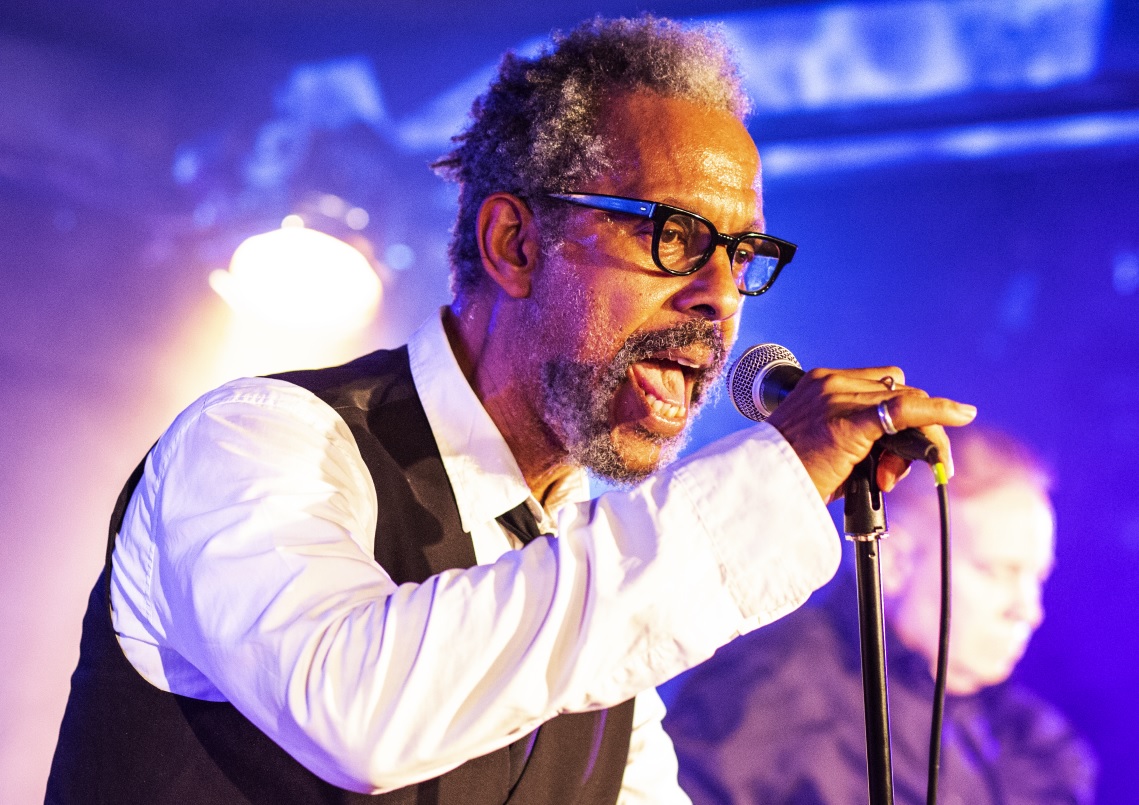 I had been waiting for this gig for a fair while, as the original tour (that was to take place in the Concorde 2) had been postponed, as did many tours over this Covid pandemic period of uncertainty. ‘JoBoxers’ and their hit song ‘Boxerbeat’ were firmly ingrained into my brain from way back when I was in school (short trousers again) and I was really looking forward to getting to see them at last. It has been medically proven (apparently) that ‘Boxerbeat’ is SO catchy that it can only be removed from the brain by performing a complicated medical procedure. A procedure I never underwent…. 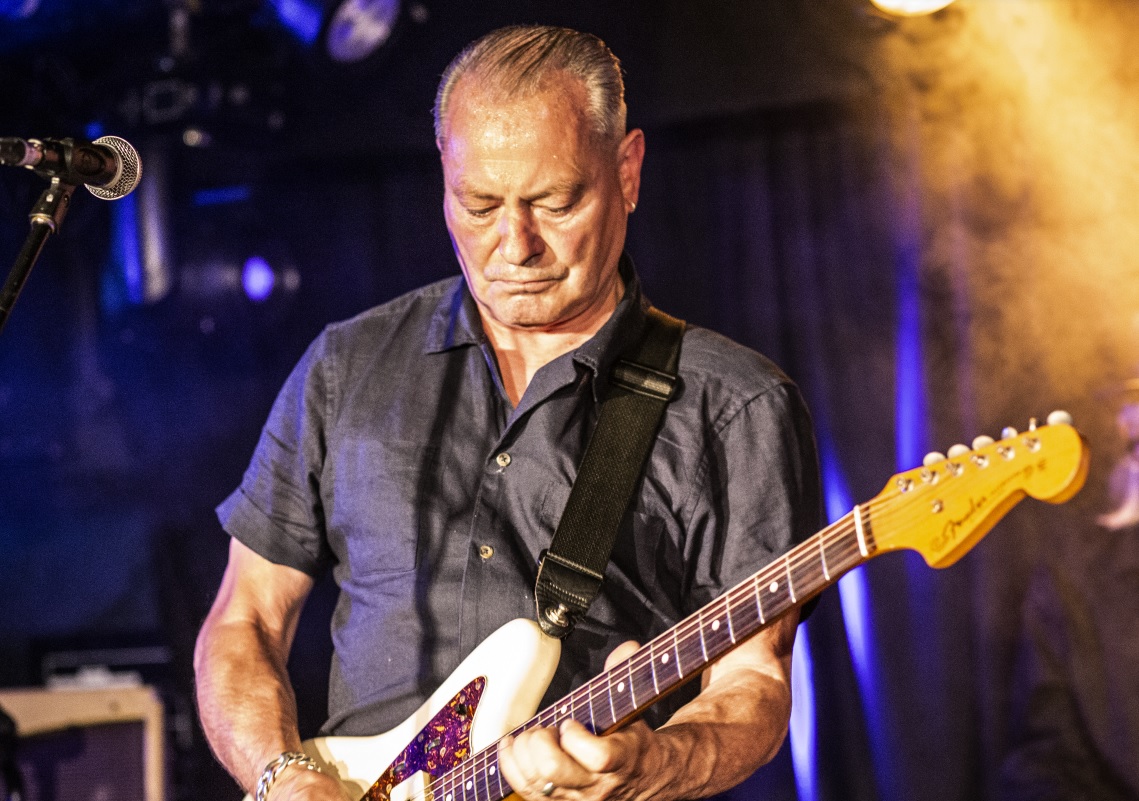 ‘JoBoxers’ formed in the pop’s glory days of 1982 from the ashes of Punk legends ‘Subway Sect’. The band consists of Dig Wayne from Ohio (vocals), Rob Marche (guitar), Chris Bostock (bass), Dave Collard (keyboards) and Sean McLusky (drums). Their single, ‘Boxerbeat’ reached the heady heights of number 3 in the UK charts and during this time they opened for ‘Madness’ on their ‘Rise And Fall’ tour. 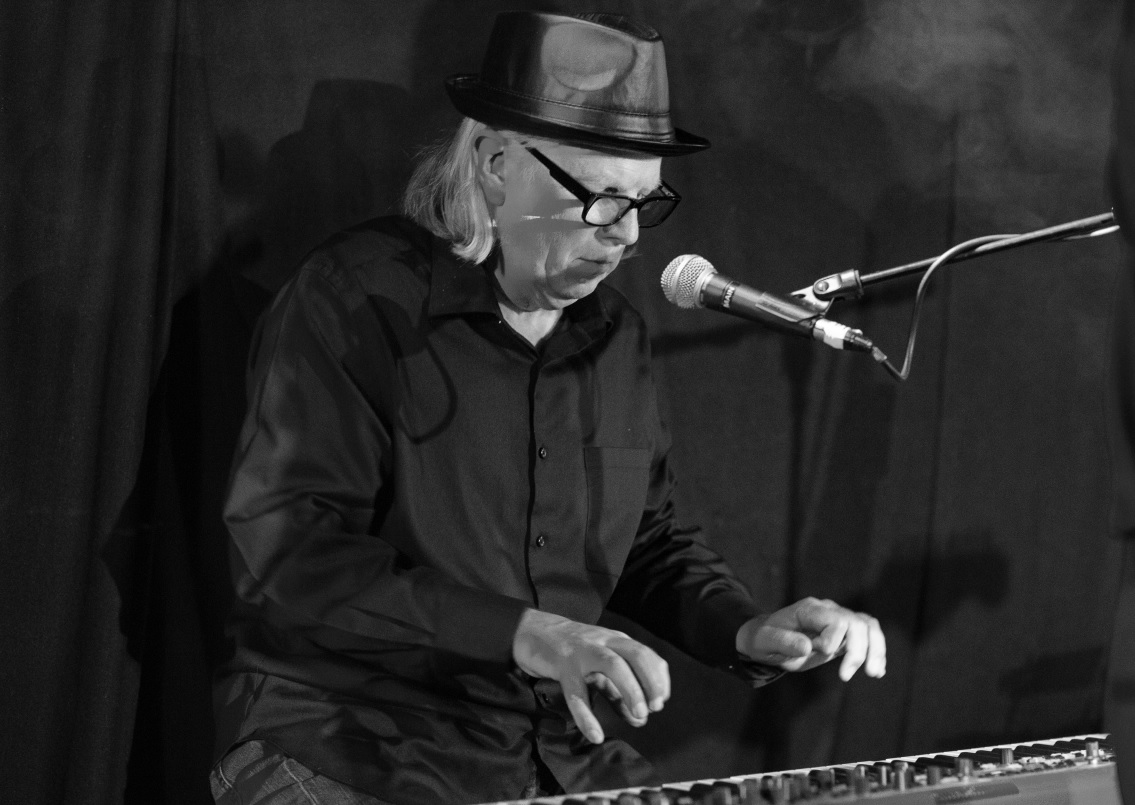 Their follow up single, ‘Just Got Lucky’ hit the Top 10 in the UK and also cracked the US Top 40 (check out their joyous promo video for this song on Youtube which features a chirpy looking Jack Russell on a go cart). 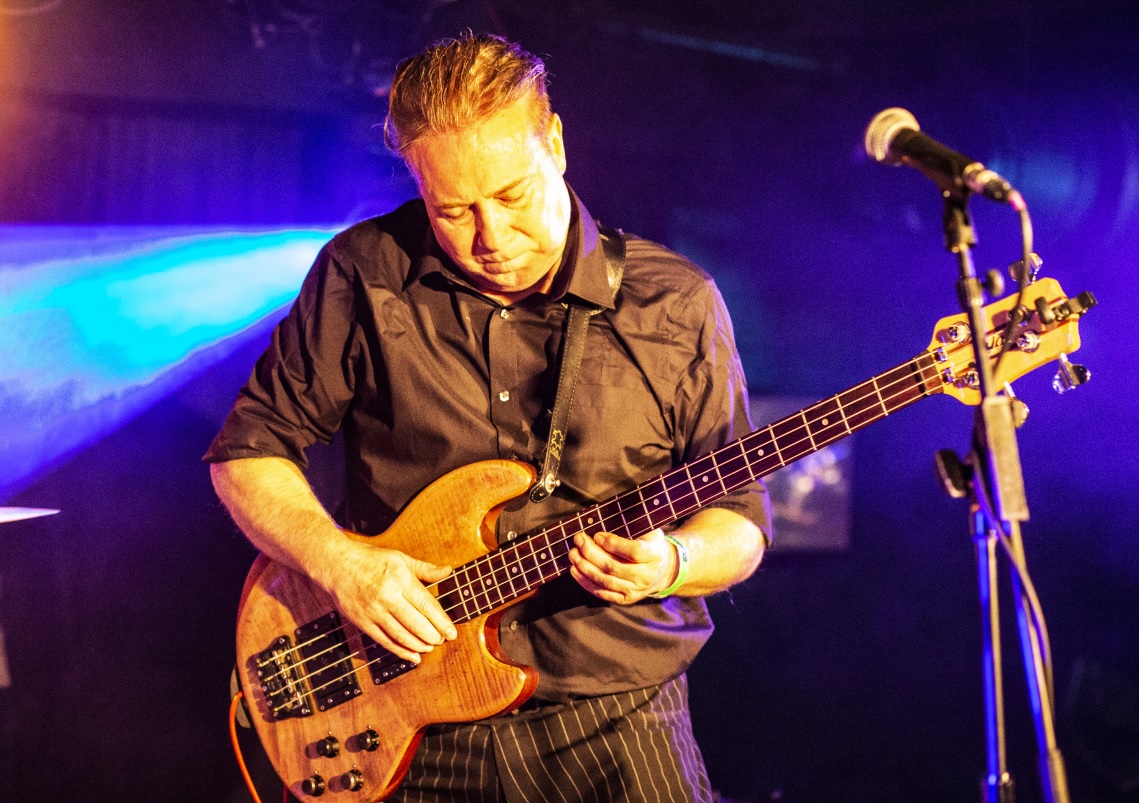 Also, I have to mention to the trivia fans out there that their song ‘She’s Got Sex’ was covered by the one and only Samantha Fox. Their first album, ‘Like Gangbusters’ hit the Top 20 in the UK album charts, but whilst recording the third album, they unfortunately went their separate ways. Members went on to form various bands amongst other things, and Dig Wayne moved back to the USA to pursue an acting career. Fast forward many decades later and we are where we are today. Watching ‘JoBoxers’ with all their original members touring the UK. 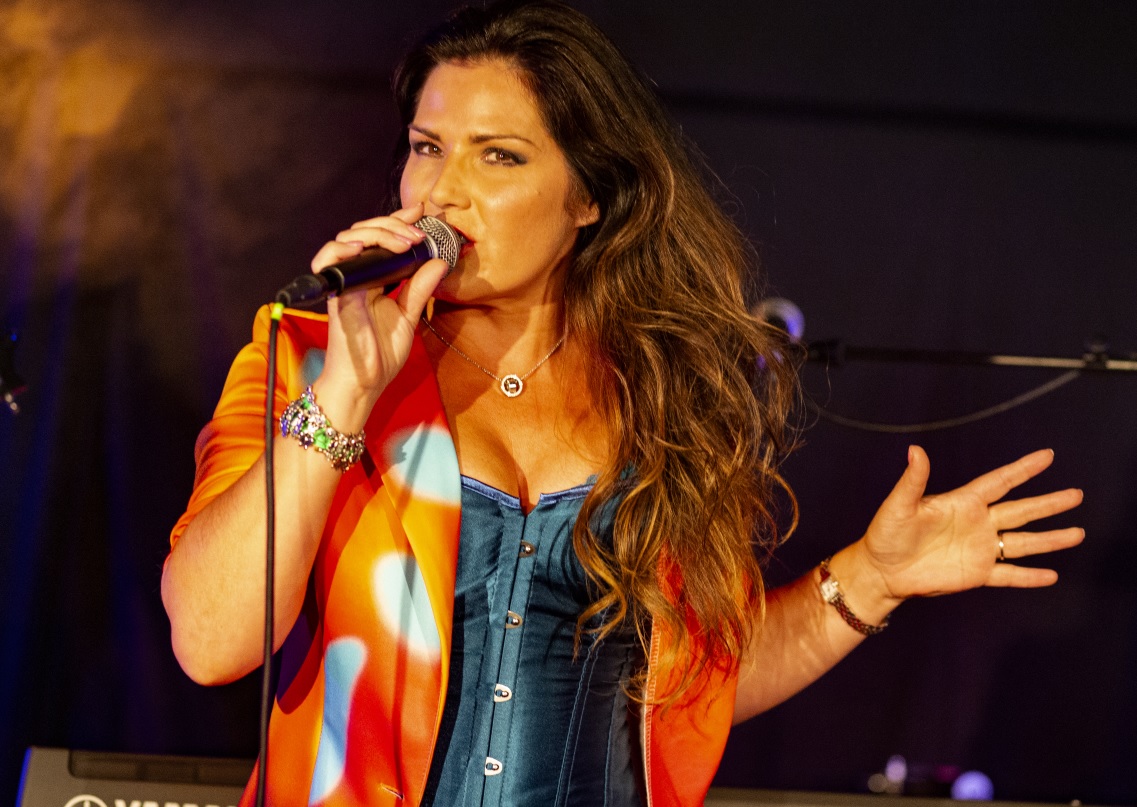 This particular Wednesday night seemed strangely quiet so the opening act, ‘Maxine Talulah’ had the unenviable position of warming the crowd up. Maxine has quite the C.V and hasn’t followed the normal musical path, that say, an everyday rock band would tread. She started playing music at 7 years old and was taking part in singing contests by the age of eleven. At sixteen, she was touring the UK’s nightclubs, Universities, and even football stadiums. She also supported ‘Take That’ at Aintree Racecourse and has worked with those very same people, along with the likes of ‘Five Star’ and ‘Peter Andre’. 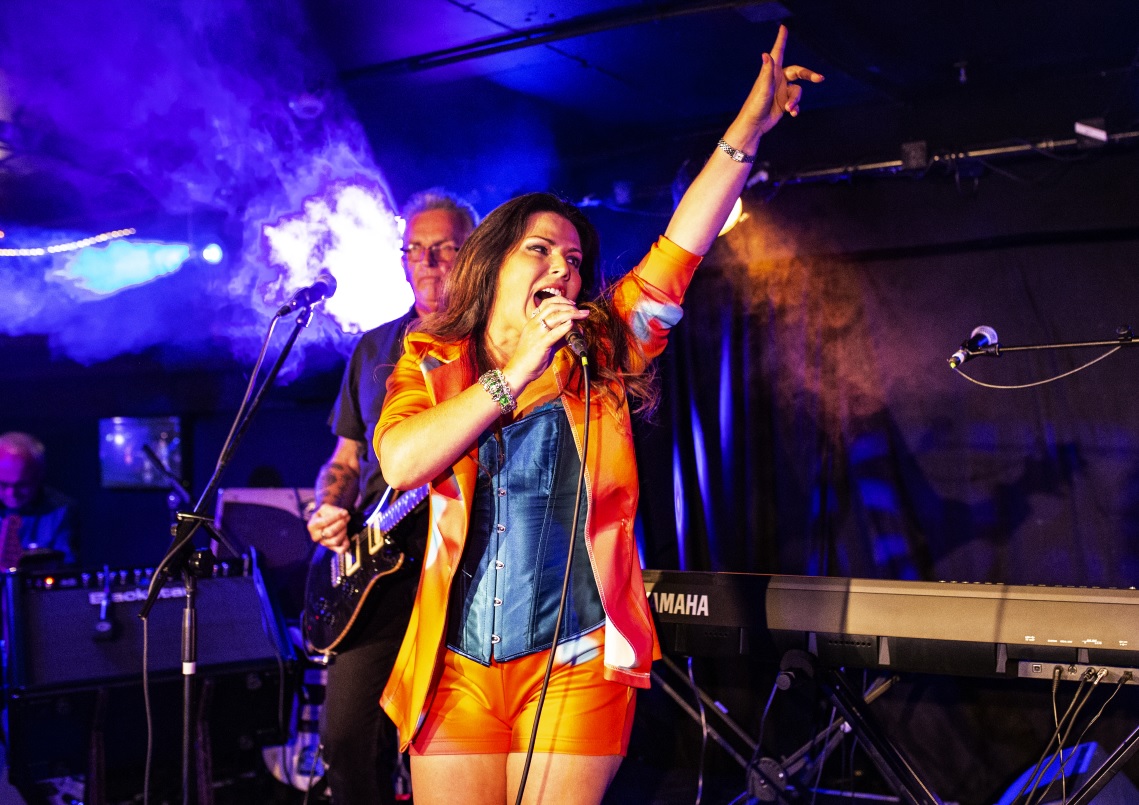 At 21, she played in Vegas and even got offered a support slot to Frank Sinatra, no less. She has a new album out featuring Captain Sensible, Paul Gray and Marty Love who is drumming for her tonight. The other band members tonight are Jan Can (bass), Roger Smith (guitar), Sean Williams (sax) and of course Maxine (vocals and keyboard). I knew there was a Johnny Moped drummer in their ranks (Marty Love/Parrott) because I noticed the drums were set up in the trademark ‘cymbals high in the air’ position. 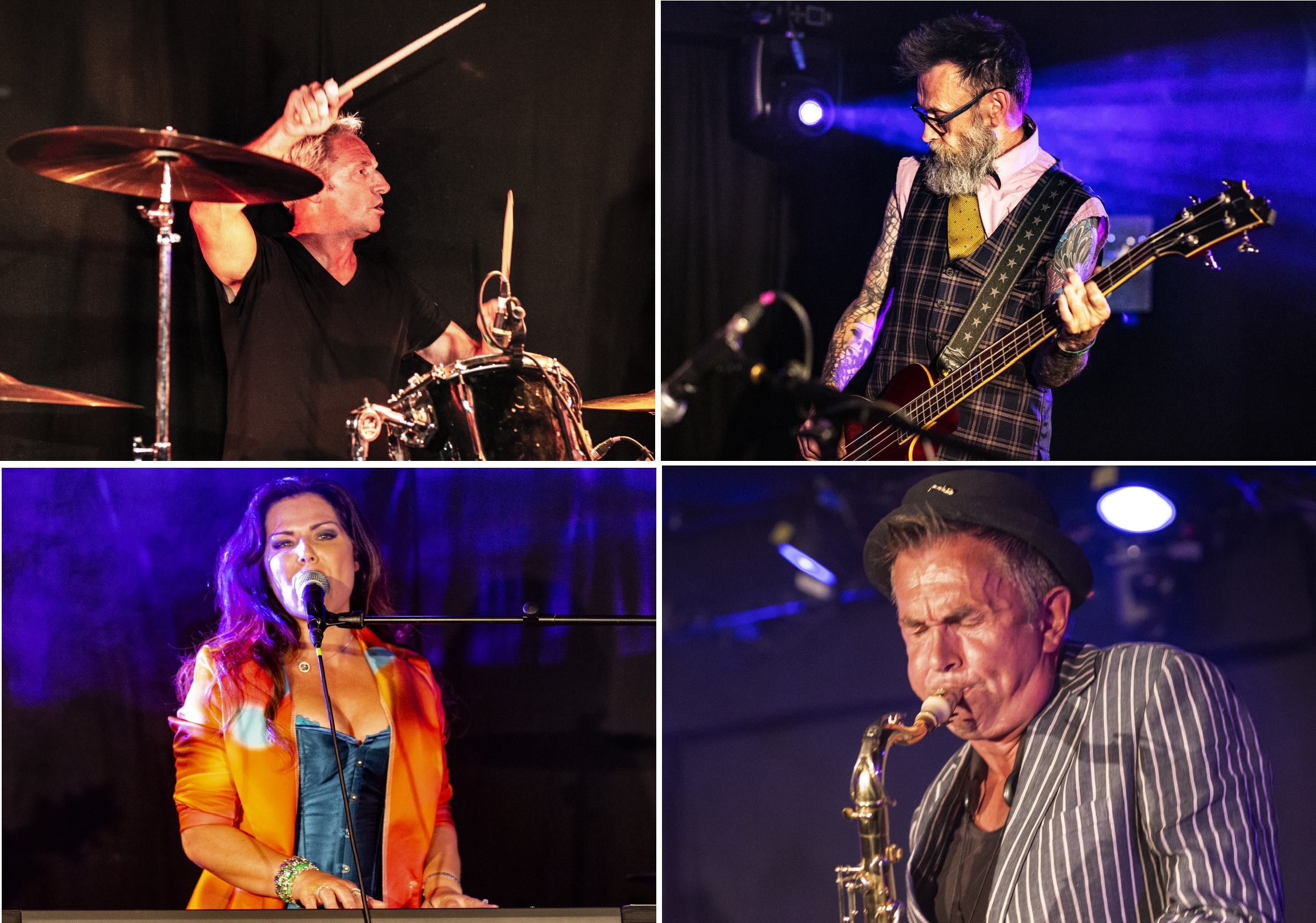 Maxine kicked off with her song ‘Time To Shine’ and followed that with ‘Stand Beside Me’. The music was hard for me to pigeonhole, but I think you could describe the songs as Pop/Rock with a slight cabaret and club feel in their sound and style. She dedicated a song to her daughter at one point and then ended her short set with a rousing Chris Cornell cover (‘Before We Disappear’). The band did a grand job of playing to a sparse room and they enjoyed an appreciative audience so their job was done. Now for the headliners. 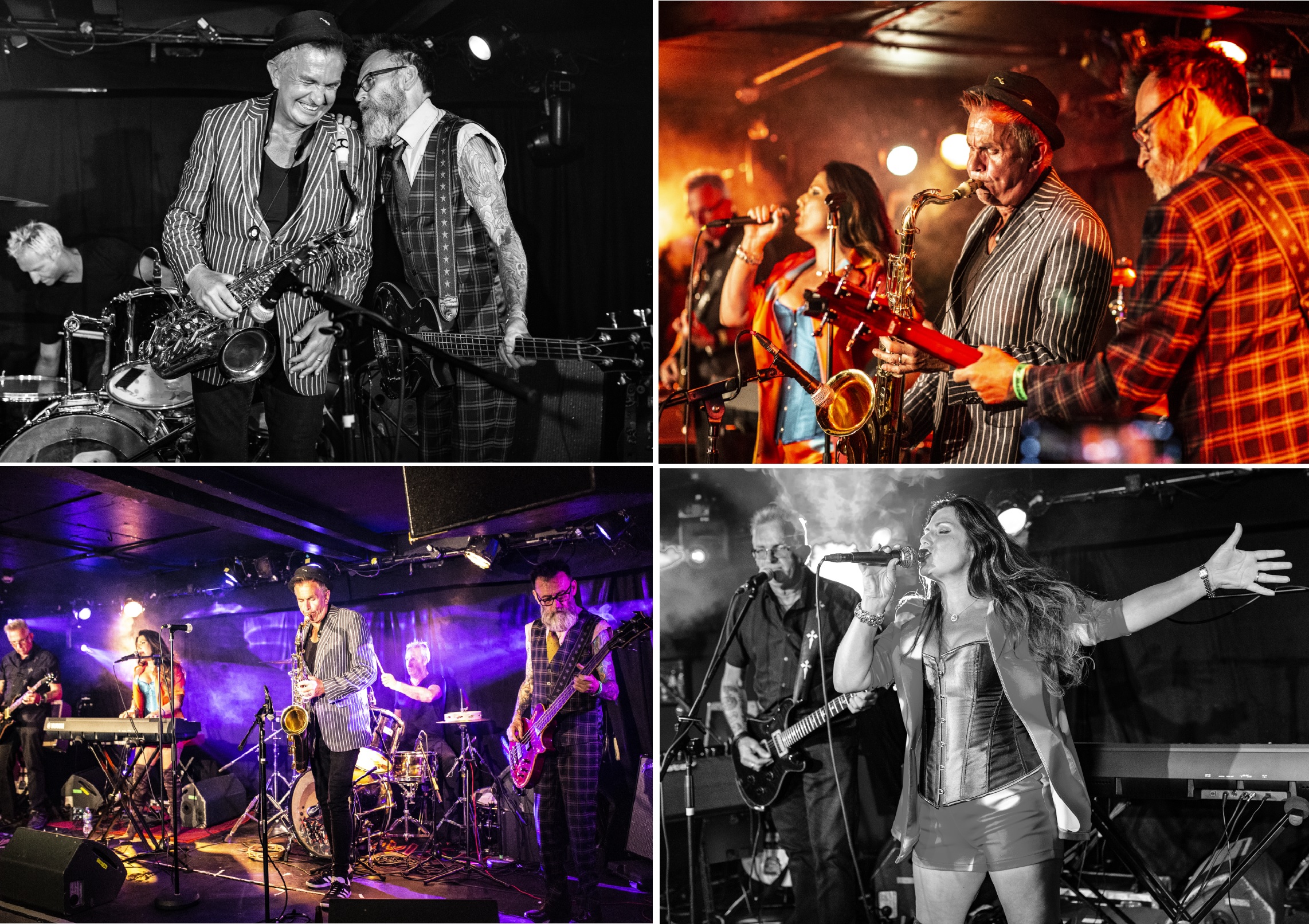 Maxine Talulah setlist:
‘Time To Shine’
‘Stand Beside Me’
‘I’m The One For You’
‘Stronger Than Ever’
‘My Musume (Japanese Jewel)’
‘Before We Disappear’ (Chris Cornell cover) 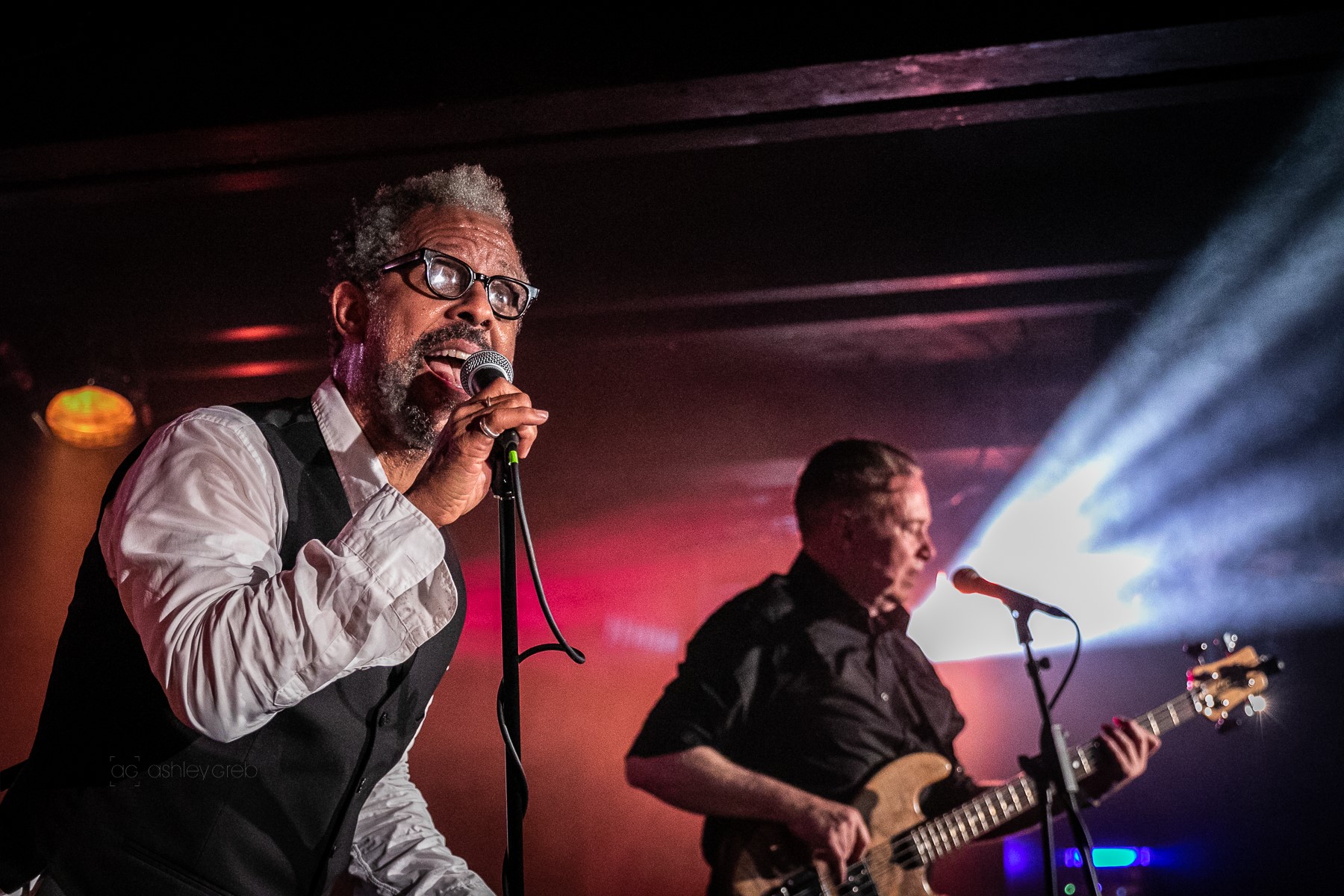 I saw Dig Wayne earlier when the doors opened and he shimmied across the dance floor in a rain mac looking well and truly up for the night ahead. By this time, more people were turning up and the Northern Soul tunes were blasting out of the speakers. Various people were dancing and showing off their ‘Soul spins’ which was fitting for ‘JoBoxers’ who I consider as a band with their roots firmly in Soul music. Imagine Dexy’s Midnight Runners and Madness hanging out together with Matt Bianco earwigging in the next room. That’s how I would describe their musical style. 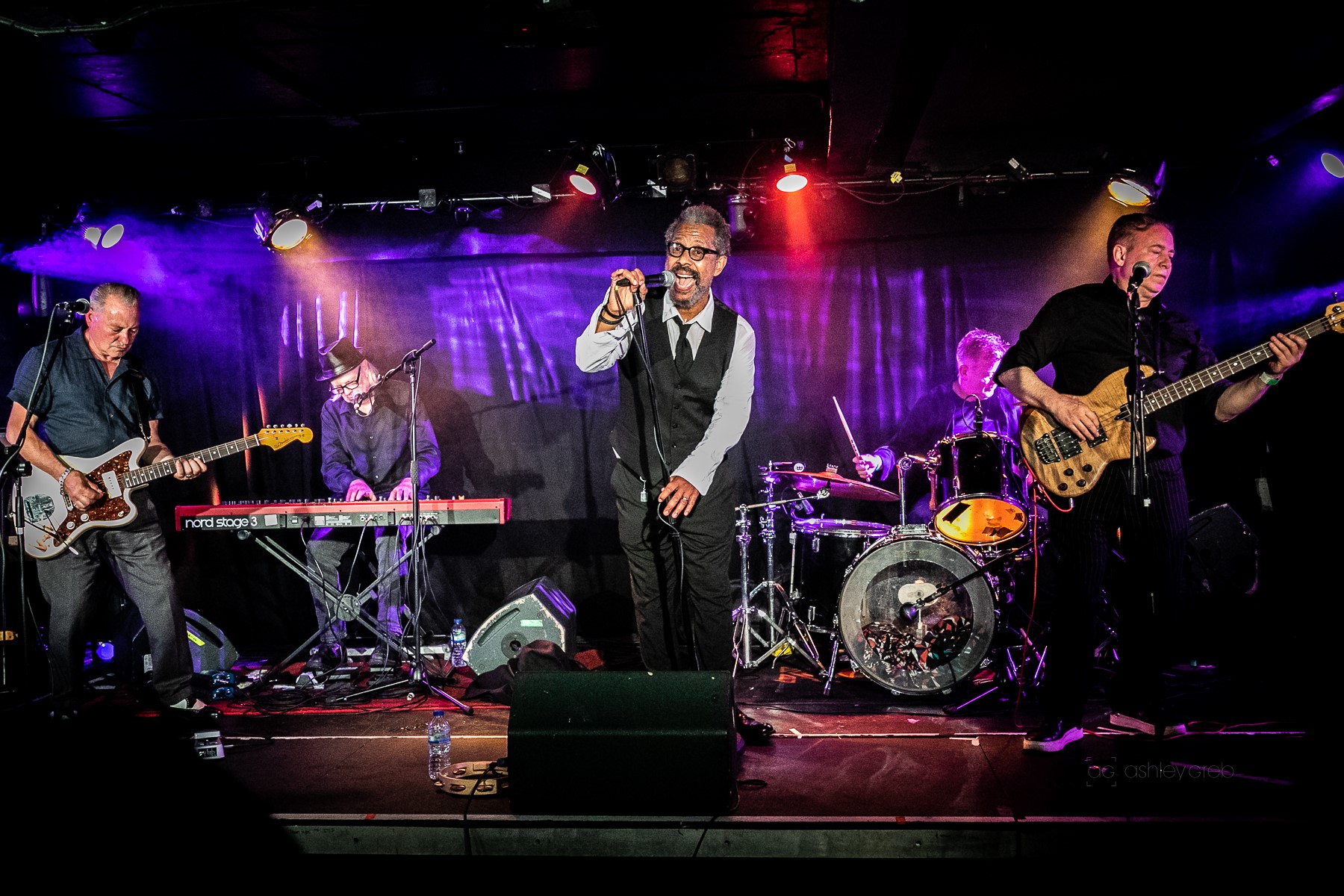 Funnily enough, the room was starting to fill up and it was a who’s who of faces. Chris Foreman, the guitarist from ‘Madness’ was there. Even Maghee from The Fish Brothers was there, promoting their new album via the power of word of mouth. Mel from Combat Shock was there for the sheer hell of it. 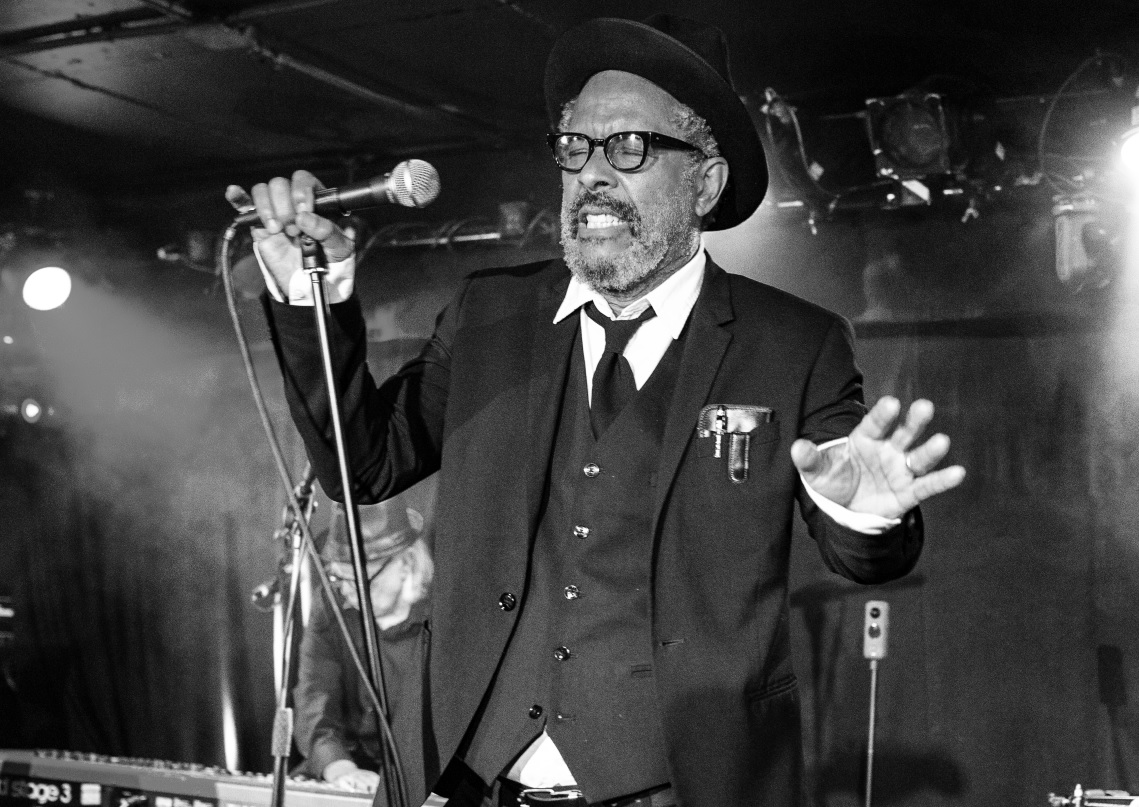 ‘JoBoxers’ hype man told us over the P.A that we were in for a treat and he wasn’t wrong. Dig Wayne is a frontman with presence and looked like a real hepcat with his sharp suit and trilby hat. The first song was a funky little number by the name of ‘Johnny Friendly’ and you soon realised the band were a tight unit and Dig still had THE voice. 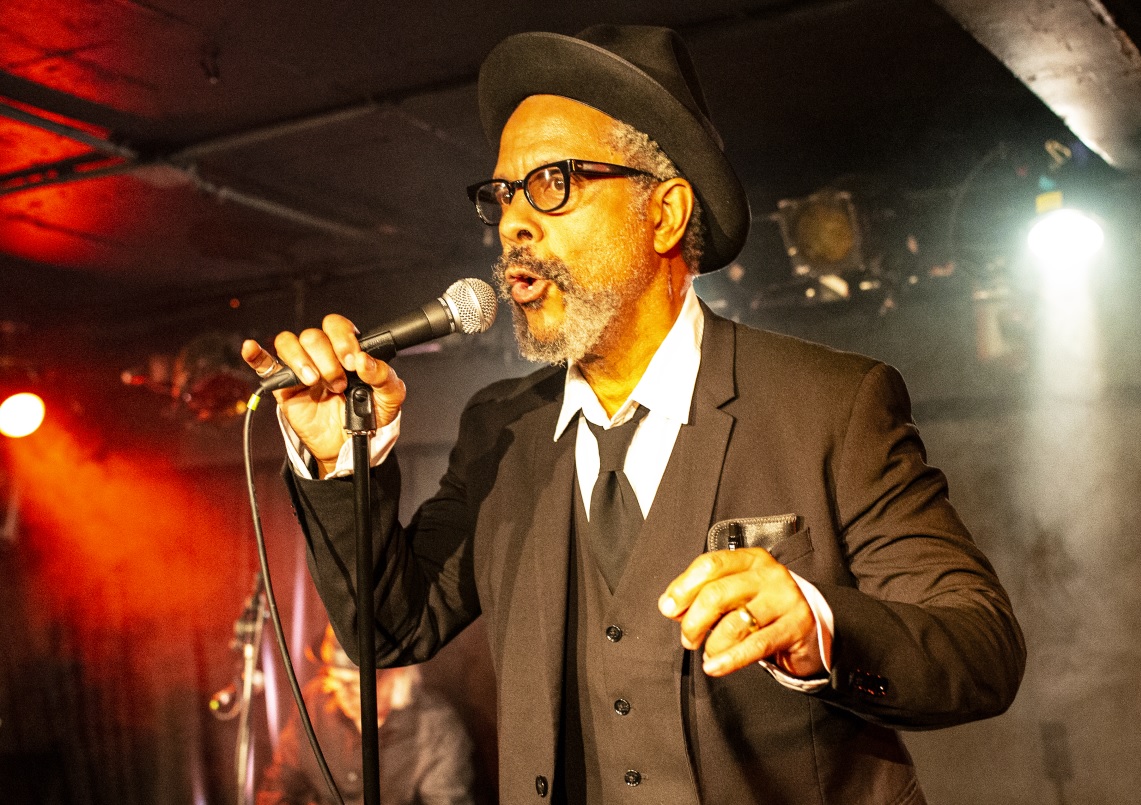 They followed that with ‘Hide Nor Hair’ and ‘Crime Of Passion’ and before you knew it, the crowd had pushed forward and were tapping their feet. ‘Don’t Keep The Ladies Waiting’ was a nice soulful number and they ended their first act with ‘Don’t Add Up’. Dig mentioned that he couldn’t believe the size of the seagulls in Brighton (“As big as Turkeys!”) which made the crowd titter into their beers. 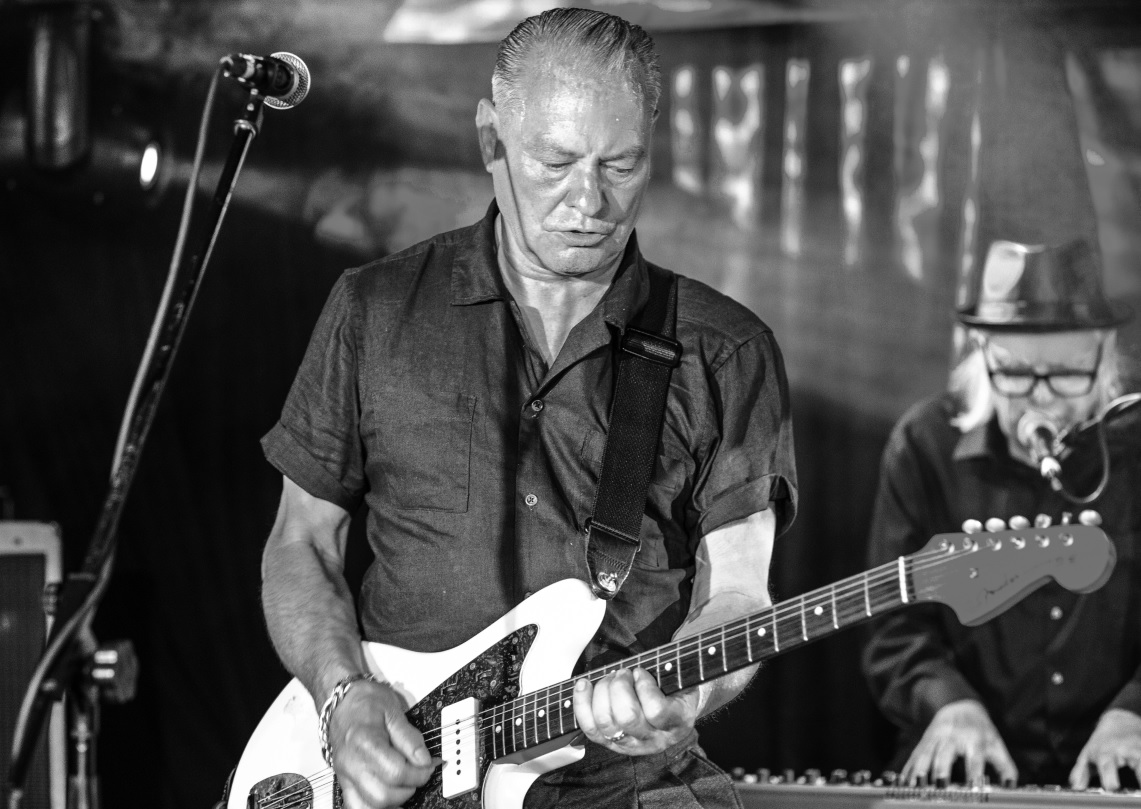 They then launched into ‘Dead End Streets’ and later on played tracks from their as of yet unreleased third album (‘I Confess, A Thorn In My Side’). We were reaching the end of the set by now, so it was great to hear ‘Just Got Lucky’ for old time’s sake and I think I was one pint of ale away from dancing. 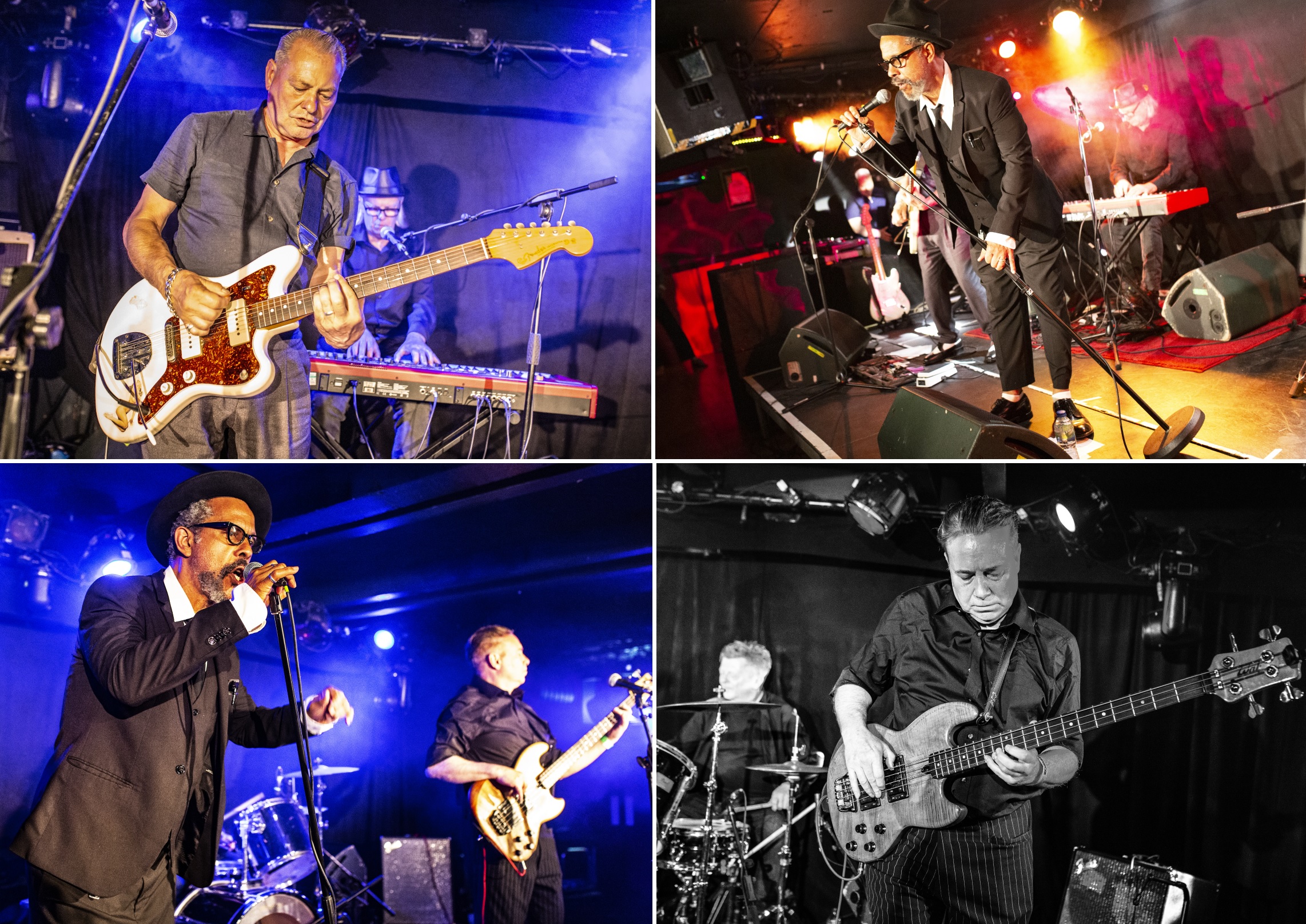 Photographers were flying everywhere at the front of the stage at this time, competing for the prime action shot position while we watched the band with grins on our faces. Dig introduced the band to the audience and thanked Chris Bostock (bass) especially for getting the reunion together. It wasn’t the most obvious reunion, but it sure was a welcome one after watching this band in action. 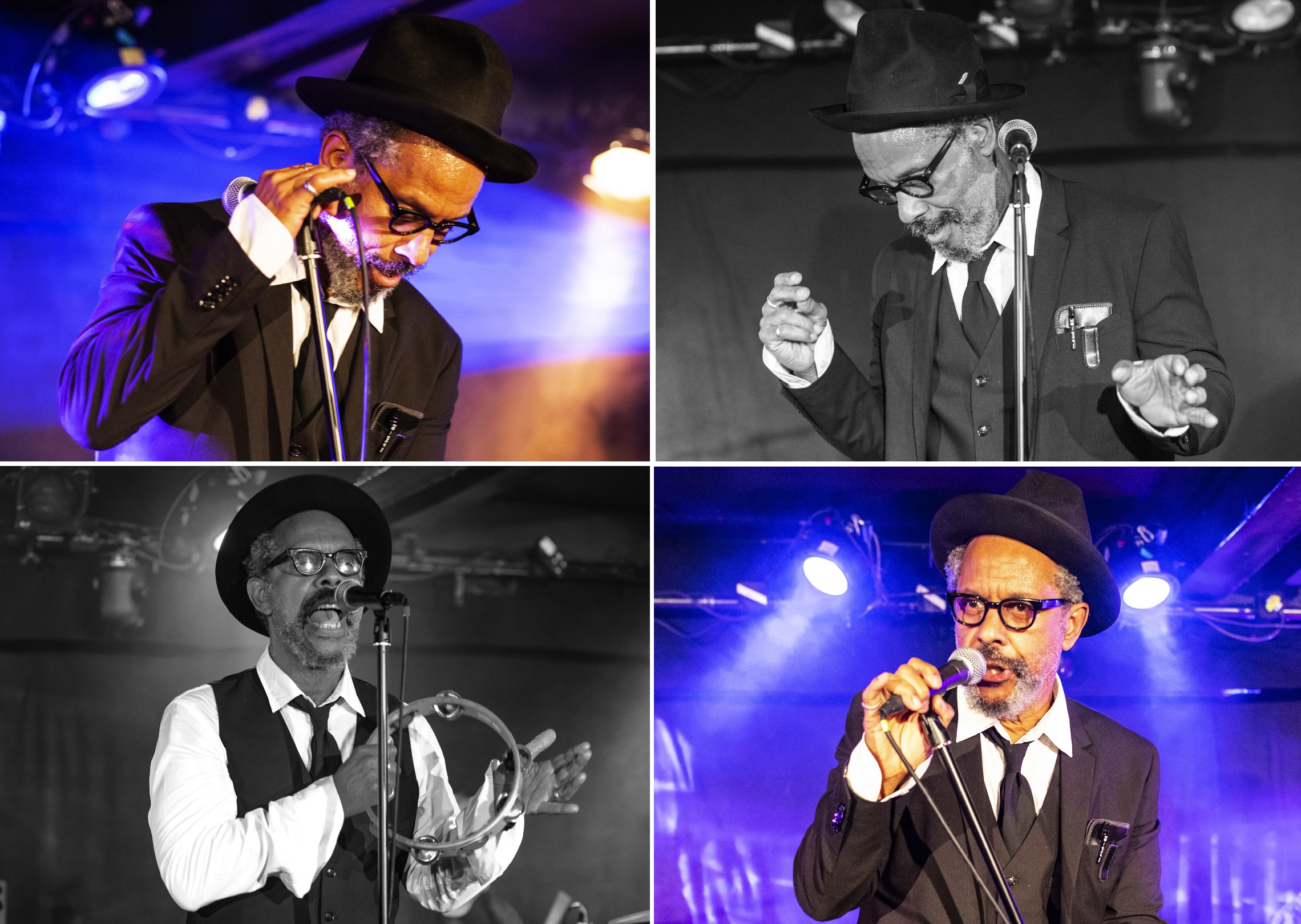 It was the end of the night, and the inevitable earworm was about to be unleashed. ‘Boxerbeat’ rang out and it sounded as good as we hoped it would. I think I can safely say a fun night was had by all and I can report that I’m still humming that tune….. 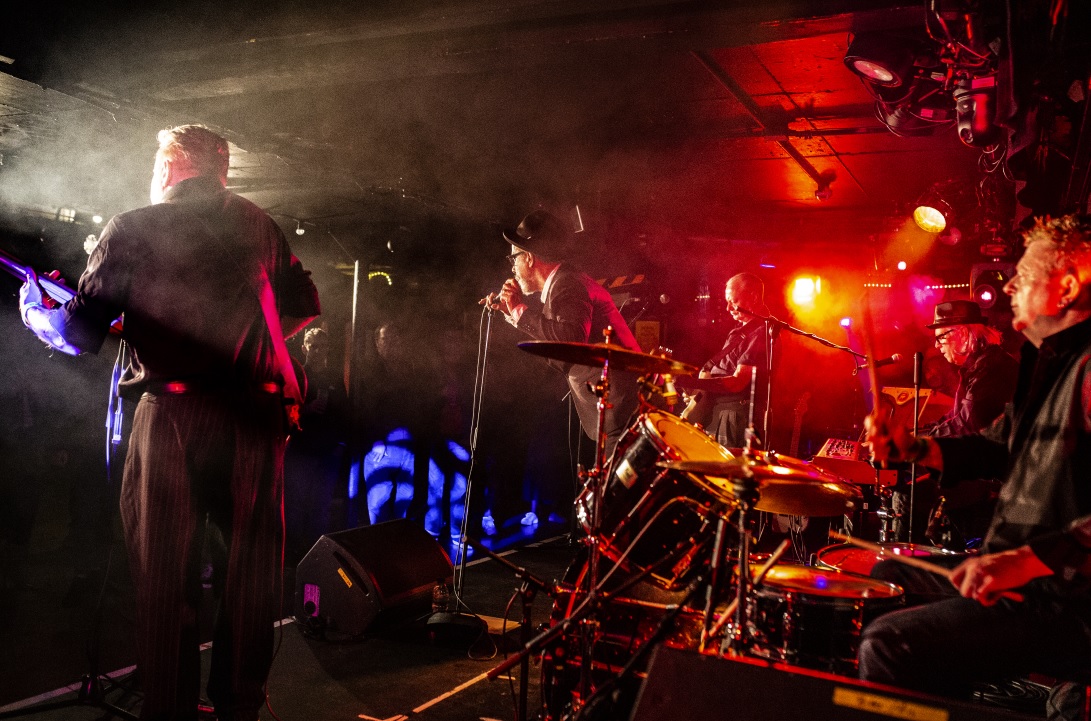 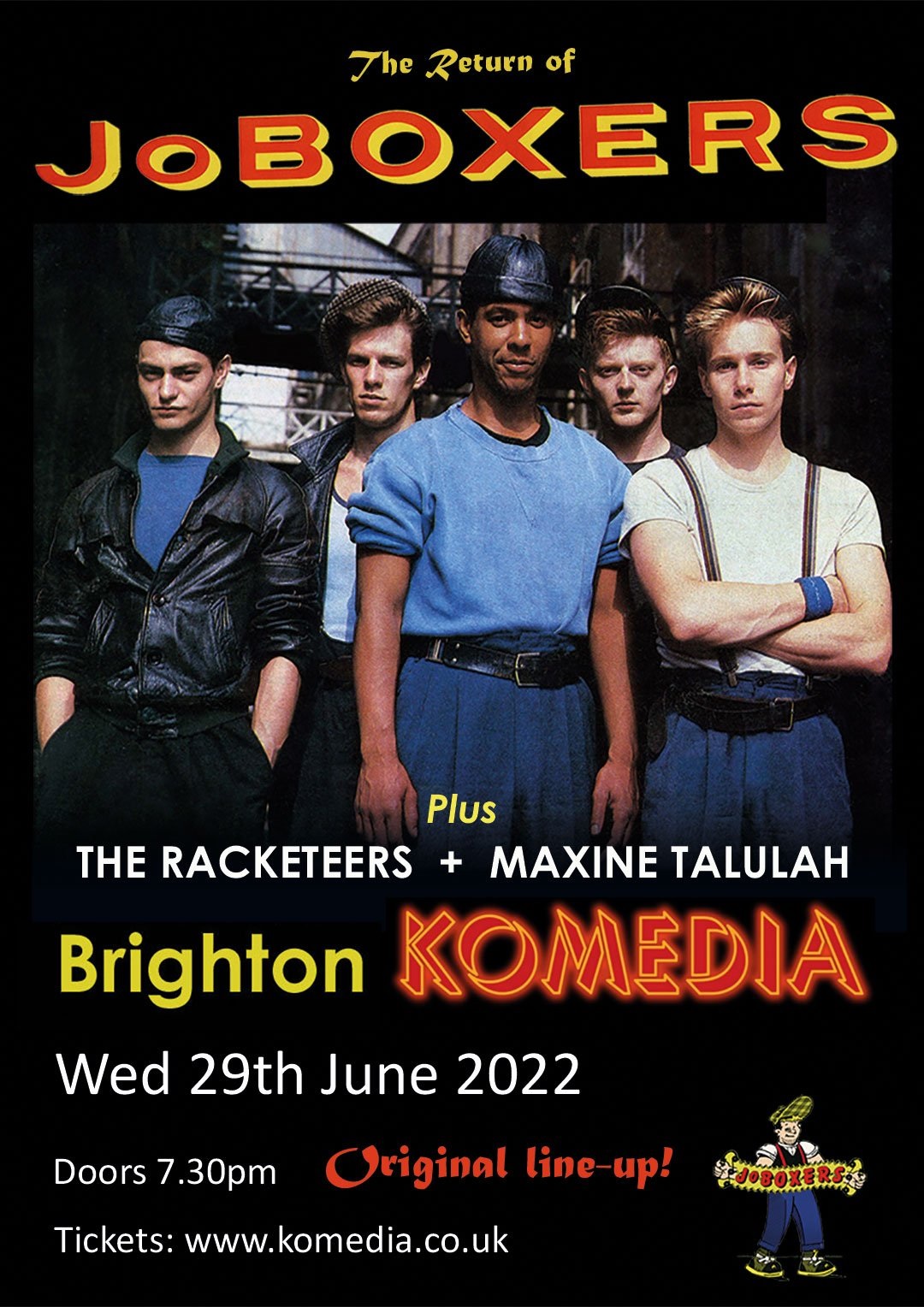