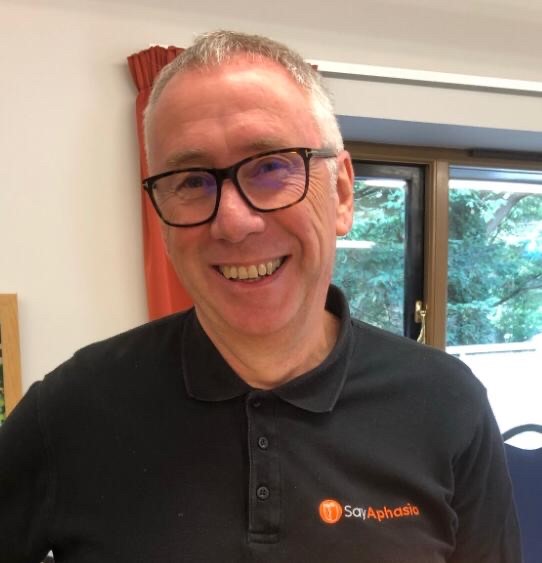 A stroke victim from Brighton has turned his experience of aphasia into a national success by founding a charity to raise awareness of the speech and language condition.

Colin Lyell founded Say Aphasia after his stroke nine years ago left him having difficulty with language and speech, which he describes as “losing his words.”

The charity runs drop-in support groups for those with aphasia, as well as online befriending services and creative group sessions.

Mr Lyell said: “When I was told I had aphasia, my brain couldn’t work out what the word meant.”

Having set up the charity in 2016, there are now 13 branches of Say Aphasia in the UK, with six of them in Sussex.

My Lyell said: “There’s no agenda, we just talk about life.”

The condition, which also affects movie star Bruce Willis and The Bill actor Chris Ellison, is usually caused by damage to the left side of the brain.

It can arise at any age from stroke, head injuries, brain haemorrhages, or brain tumours.

Alongside the regular drop-in groups, Say Aphasia hosts art classes and singing lessons – creative exercises which use the unaffected right side of the brain.

After his stroke, Mr Lyell was offered therapy which only lasted for five months after he was discharged from hospital and he said that the drop-off in care and support was challenging.

He remembers practising his coordination by texting his sister once a day, but even a simple message would take half an hour to compose.

He said: “You think ‘Just forget it, it’s not gonna happen,’ but you just have to keep going.”

Speech and language therapist, Kirsty Maguire said: “Often, I enter someone’s life at a time of devastation, loss and adjustment with the aim of making a difference to their communication.

“To have Say Aphasia provides them a lifeline. It’s every speech therapist’s dream.

She added: “People with aphasia can give something to each other that a speech and language therapist can’t.”

It is hoped that with better knowledge and understanding of the condition, people with aphasia and speech disorders will receive acceptance and patience in communication.

To learn more about this complex condition and the work of Say Aphasia visit their website.