A gang of girls went into a Tesco store in Hove and stole croissants, lottery scratch cards and cigarettes worth hundreds of pounds. 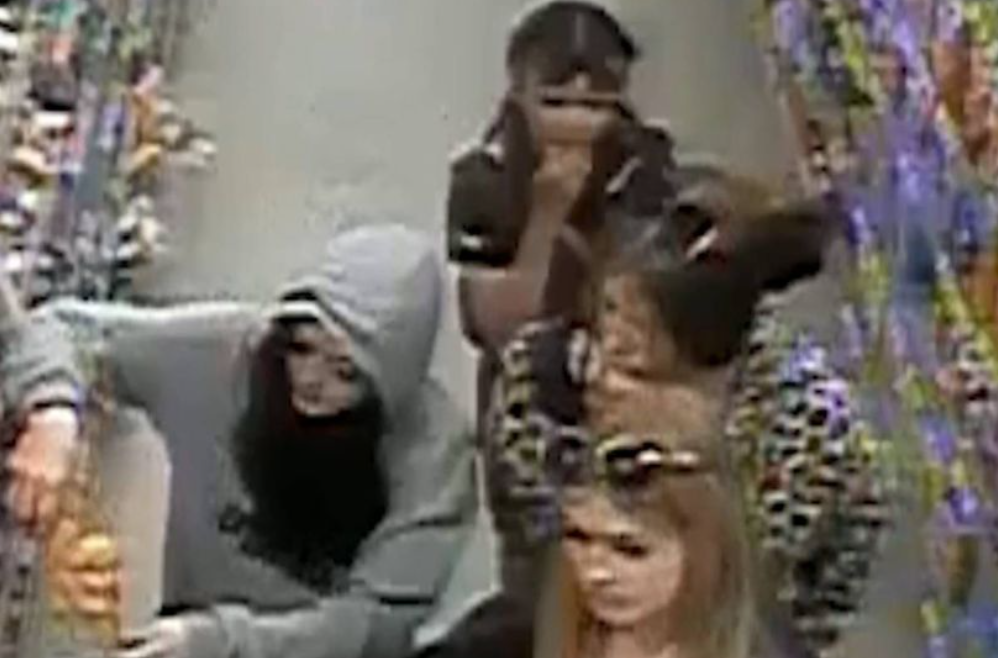 They were filmed by security cameras as they went round the Tesco Express branch, in Denmark Villas, near Hove station, brazenly shoplifting.

Two of the girls went behind the counter to snatch age-restricted items such as lottery scratch cards and opened the cigarette store.

Two others grabbed bakery products such as croissants and looked as though they had picked up bottles of soft drinks and other items.

A member of staff challenged one of the girls who was behind the tills and then all four youngsters fled the store.

Sussex Police said that the four women were now wanted for questioning about their rampage which happened at about 7.25pm on Monday 18 July.

The force published security camera footage of the four girls and asked for the public’s help tracing them.

The girl who stole items from behind the counter was described as white, with dark hair in plaits. She was wearing a dark top and shorts with sunglasses.

A second girl, who also went behind the counter and stole items was described as white, with brown hair. She was wearing a leopard-print jacket and black vest top with sunglasses.

The third girl stole items from the shelves. She was described as white, with dark hair. She was wearing a grey hooded Puma top and sunglasses.

The fourth girl stole items from the shelves. She was described as white, with blonde or light brown hair. She was wearing a black top and shorts with fluffy flip-flop shoes.

Sussex Police asked anyone who can identify the four girls or who recognises them to contact the force online or call 101, quoting serial 215 of 18/07.

Officers believe that there may be links to a similar incident at the Co-op store in Field Place Parade, Goring, near Worthing, at 5.45pm on Tuesday 14 June.

On that occasion, two girls were seen going into the shop, taking items from the shelves and leaving without paying.

One girl was described as white, with her hair tied back. She was wearing a black jacket, a white top, blue jeans and white trainers.

The second girl was described as white or mixed race. She was wearing a black coat with a fur-lined hood, a white t-shirt, either black shorts or a short black skirt and dark shoes.

Anyone with information about the incident at the Goring Co-op is asked to contact Sussex Police, quoting serial 103 of 20/06.