Former Brighton journalist Adam Lusher has died at the age of 51.

Tributes have been paid to Mr Lusher, who started his career in Brighton in the mid-1990s as a trainee reporter on the Argus after graduating from Lincoln College, Oxford.

He went on to cover the retrial of “Babes in the Wood” murderer Russell Bishop at the old Bailey and the second Gulf War during a career on national newspapers in London.

Mr Lusher spent 14 years on the staff of the Sunday Telegraph and four years at the Independent as well as stints freelancing and working for a news agency.

Former Independent journalist Matt Murphy wrote on Twitter that Mr Lusher, a married father of two, was “one of the kindest, wittiest and most talented writers I’ve worked with”.

David Marley, acting editor of the Independent, told the news trade publication Press Gazette: “Adam was a wonderful journalist, with a brilliant eye for colour and detail that made his stories shine.

“He could turn his hand to anything, including hard news and deep-dive investigations, but it was his talent as a writer where he really excelled.

“Adam could always spot the detail or the phrase that made a story stand out.

“He was also a great presence in the newsroom – kind, generous and enthusiastic, never more so than when championing the work of younger colleagues. He will be missed.”

Mr Logan said that Mr Lusher had “made his mark” at the company “as a hard-working, creative writer and a brilliant team player”.

He wrote: “His writing was rich because he pursued the colourful detail … far from the usual corporate fare. He brought the sharpest of journalistic eyes to all his work.”

Mr Lusher, who died on Monday 18 July, wrote candidly about his own health after suffering from bone marrow cancer. His condition was diagnosed in 2008.

He went into hospital for a bone-marrow transplant in 2009 and “a bombardment of infections” helped keep him there for more than a year.

Before he could be discharged, he was found to be suffering from Guillain-Barre syndrome. This rare condition, he said, was “caused by the immune system somehow ‘mistaking’ the nerves for an infection and attacking them”. 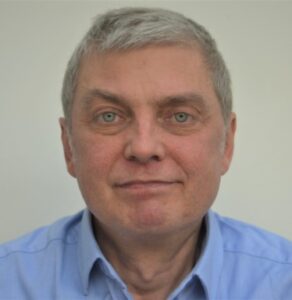 Mr Lusher not only made a good recovery but started a family although Press Gazette said: “He remained vulnerable to infection and his health setbacks continued.”

Mr Logan wrote: “He told me he was hoping for a lung transplant that would transform his life. He continued to work incredibly hard, wanting no allowances.

“He loved his job as an editor and speechwriter and was rigorous in his approach. ‘It’s the work that keeps me going,’ he often said.

“Adam was a remarkable person and an exceptional journalist, a dedicated professional. He was brave, resilient, conscientious and funny.

“Above all, he was clearly very happy to be the husband and father he once thought he would never become.”

Remembering Adam Lusher. Dear friend and colleague, brilliant journalist, beautiful writer, sharpest of wits and the kindest, gentlest soul I’ve known in journalism. Gone way too soon but never forgotten by those who were lucky enough to know him. Adam was the best. 📷@SPAVOROTTI pic.twitter.com/9J9XWu7hJX

She added: “Gone way too soon but never forgotten by those who were lucky enough to know him. Adam was the best”.