A 17-year-old student from Brighton has won a place at medical school six years after arriving in Britain, unable to speak any English. 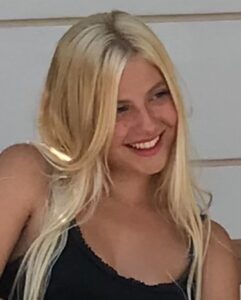 Olga Frosynou, who will be 18 in November, earned three top grades and the chance to become a doctor after studying at Lewes Old Grammar School.

The school said: “Olga arrived in the UK aged 10 from Greece, speaking no English at all. Today her A-level grades look set to have earnt her a place at medical school.

“Olga, who does not turn 18 until November, got an A* in German, an A in chemistry and a B in biology.

“She moved to Woodingdean with her family to escape the economic crisis in 2015 and took up a place at Lewes Old Grammar School.”

She said: “I couldn’t speak a word of English and in lessons it was so hard. I had to ask the teacher all the time and get friends to explain things and then, when I got home, I would relearn it by myself.

“It was only in year 9 and 10 that I was really able to be confident in English. Now I’m so delighted to think I will go on to do medicine and be a doctor. I never thought it would happen.”

Head master Robert Blewitt added: “Olga is such a determined person and has excelled despite all the hurdles in her way. We are incredibly proud of her.”