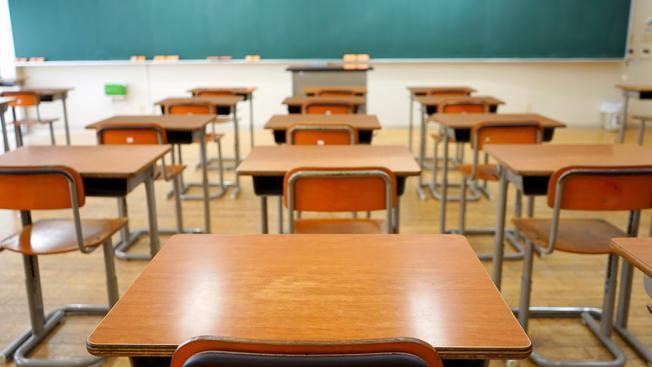 Stock image of a school classroom

Half Brighton and Hove’s schools could be forced to cut staff due to inadequate funding, the city’s council leader warned today.

In a blunt letter to new Education Secretary Kit Malthouse on the financial state of the city’s schools, Phélim Mac Cafferty said that next year’s cash allocation would “seriously jeopardise the quality and provision of education to children and young people in the city”.

He called on Mr Malthouse to “urgently reconsider” the funding to “maintain and safeguard the education of the city’s children and young people”.

Councillor Mac Cafferty said: “In order to balance their budgets over the longer term, I fear schools will have little choice but to cut staffing and reduce the quality of education provision to their pupils.”

The Department for Education (DfE) has told the council that it will receive an increase of 1.7 per cent per pupil next year.

But with a teacher’s pay award of 5 per cent from this month plus a flat cash pay award of £1,925 for non-teaching staff, or around 9 per cent, it’s clear that the government’s increase of 1.7 per cent is “clearly inadequate”.

Fortunately, the energy that schools will use this winter was bought before the recent price rises. However, like us all, schools are also facing spiralling energy costs, with the rising prices having to be factored into future budgets.

Councillor Mac Cafferty has told Mr Malthouse that 14 city schools were in cash arrears at the start of the financial year in April. This meant they had to borrow money (known as licensed deficits) to enable them to recover their financial position over a two to three-year period.

But the pay awards and inadequate government funding is expected to push a further 16 schools into deficit this year and more the year after.

Councillor Mac Cafferty, who has also sent the letter to chancellor Kwasi Kwarteng, adds: “This means around 30 schools, or nearly 50 per cent of the city’s schools, will be in deficit in the current financial year. This is an utterly untenable and unsustainable position.

“All councils will look at options to manage changes in roll numbers across their schools. But these funding pressures will go well beyond any measures that councils can reasonably adopt to manage the financial challenges.

“The government announcement of (Wednesday) 21 September will offer some limited support. But our schools still face huge uncertainty. Bills are expected to be significantly higher despite a proposed energy cap. This will result in an increasing number of schools falling into a deficit budget situation.

“Put bluntly, the Dedicated Schools Grant allocations are wholly inadequate to maintain and safeguard the education of the city’s children and young people.

“I am very worried about the detrimental impact of this. As such, I would urge you as Secretary of State and the government to urgently reconsider the DSG allocations for the current and next years in the light of inflationary pressures.”

The energy need for the city’s schools is purchased from the market in advance of the financial year it is used. The council receive regular purchasing reports from the council’s appointed traders. But the impact of the government’s recent announcement needs to be better understood.

The council’s energy and water team will communicate any major changes with schools when the remaining requirement for the year has been secured.

The Crown Commercial Services traders are also in the process of flexibly purchasing energy for the 2024-25 year. Forecasts will be communicated, with schools given as much notice as possible.