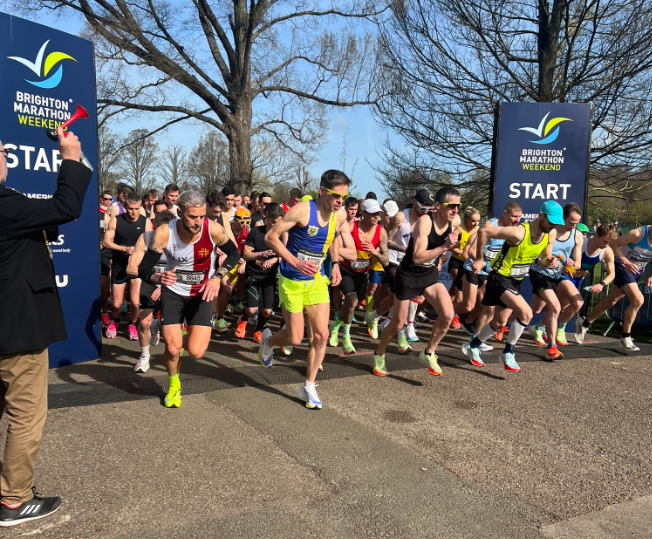 The company which runs the Brighton Marathon is set to go into administration amid mounting debts.

Grounded Events has still not paid thousands of pounds it owes to racewinners and suppliers from last year’s event – despite still taking entries for next year’s race.

Last month, two county court judgements were made against it, requiring it to pay two creditors £500 and £2,471.

Last week, it filed a notice of intention (NOI) to appoint administrators at the county court – which gives the company a ten-day moratorium on further action by creditors.

NOIs are often filed in a bid to stop companies going into liquidation.

It was represented by Crowell and Moring, a legal firm specialising in a range of areas including financial services, restructuring and insolvency.

The notice was filed on Tuesday, 1 November – just two days before city councillors approved giving the marathon permission to use council land for next year’s event in principle.

A council spokesman said: “We are committed to hosting a Brighton Marathon next year.

“But we have made it clear to Grounded Events that we will not provide full landlords consent for the use of city space unless they fulfil the criteria we have set out for them.

“This includes the settling of all outstanding debts from previous years.

“We are aware that they now stated their intention to appoint administrators as a protective measure.

“We are meeting them later this week to understand the implications of this in terms of their request to run the Brighton Marathon next year.”

Grounded Events have been approached for comment but have not yet responded.

According to most recent annual accounts filed with Companies House, on 30 April 2021 it owed £1.23 million to creditors.

In September, in response to runners coming forward to say they had not been paid prize money, the company told Brighton and Hove News: “Since 2010 the Brighton Marathon has become a flagship event in the region’s sporting and cultural calendar.

“Led by a small, dedicated organising team and supported by many passionate volunteers, the event generates millions for charity and supports local businesses by attracting visitors and participants from around the globe.

“Over the past two years the running events industry has been blighted by the hangover from covid. Brighton Marathon was hit hard by the pandemic, and we were forced to postpone our 2020 and 2021 events – resulting in a significant drop in revenue.

“Unlike other sectors, we did not qualify for government support and since restrictions have been lifted participant numbers have still not recovered to pre-pandemic levels.

“As we recover and work towards a 2023 event, we are acutely aware of the payments owed. We understand the frustrations of those impacted and would like to reiterate our sincere apologies.

“Our leadership team is in contact with all impacted individuals to explain the context of this situation and to underline our commitment to honouring our payments at the earliest opportunity.

“The Brighton Marathon team is exploring all possible options to ensure payments are made as quickly as possible and will continue to issue updates as able in the coming weeks.

“We would like to thank the community for their continued patience and support while we work through this challenging time.”