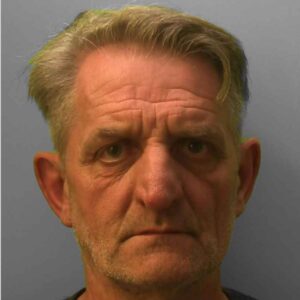 A pensioner has been found guilty of historic sexual offences committed against a young girl in Sussex 17 years ago.

Paul Latham denied sexaully asaulting the teenage girl in Hove and Woodingdean in 2005, when he was 47 and knew she was underage.

He also pleaded not guilty to raping her nine years later in Peacehaven.

But he now faces prison after a jury at Hove Crown Court convicted him of the earlier sexual assaults on November 18. He was acquitted of the rape charge.

Investigating officer Detective Constable Lisa Hampson said the victim received support from specially-trained officers when she made her report in 2018.

The officer said: “Latham is a predatory sex offender who preyed on a young teenage girl and has now faced justice.

“The victim in this case showed extraordinary bravery and tenacity. She has remained determined through a very difficult period.

“We have worked tirelessly to secure this conviction. Victims of sexual offences will always be supported and we take their report seriously.

“We hope that the outcome of this case will give victims of sexual offences the confidence to come forward and report information to us.

“No matter how long ago the offence was we will try to seek justice.”

Latham, unemployed, of Wicklands Avenue, Saltdean, is due to be sentenced at Hove Crown Court on 6 January 6 next year.