Plans to turn a pub into flats have support from the wider community even though councillors are being advised to reject the proposals.

Many neighbours and the areas councillors want to see the Montpelier Inn, in Montpelier Place, Brighton, redeveloped as flats after it was ordered to shut after a stabbing and drugs problems.

The grade II listed building was put up for sale for £900,000 by its owners Stonegate after a Brighton and Hove City Council licensing panel ordered the pub to close in December 2020.

It was sold in April 2021 to Hala Management Ltd, owned by property developer Essam Barakat. The new application to convert the building into five flats and maisonettes is by Hafez Barakat.

The application is recommended for refusal when it goes before Brighton and Hove City Council’s Planning Committee.

There are 18 letters supporting the plans and two against.

Green councillor Alex Phillips, who represents Regency ward, spoke on behalf of residents for the closure at a licensing panel hearing in December 2020 when the panel heard the pub had a sideline in hard drugs.

Bulk quantities of narcotics, deal bags, scales and deal lists found there by police when they investigated the stabbing the previous month.

They said: “We support housing on the site because we always need more housing in the city.

“We also do not want it to revert to any form of public house-type establishment with alcohol because of the grave difficulties associated with the Montpelier Inn.

“This caused havoc for the local community, many of whom work from home, but also commute and have young families and public sector jobs including shift work.”

A neighbour supporting the application, whose details were redacted by the council, said: “I support this building being made into residential property. There are plenty of pubs around so the area is dynamic and fun to live in.

“We don’t need one more pub and that particular pub was always problematic: too noisy (karaoke), anti-social behaviour outside it and, more recently, I understand, drug dealing/stabbing. To be honest, it’s a pub that never appealed.” 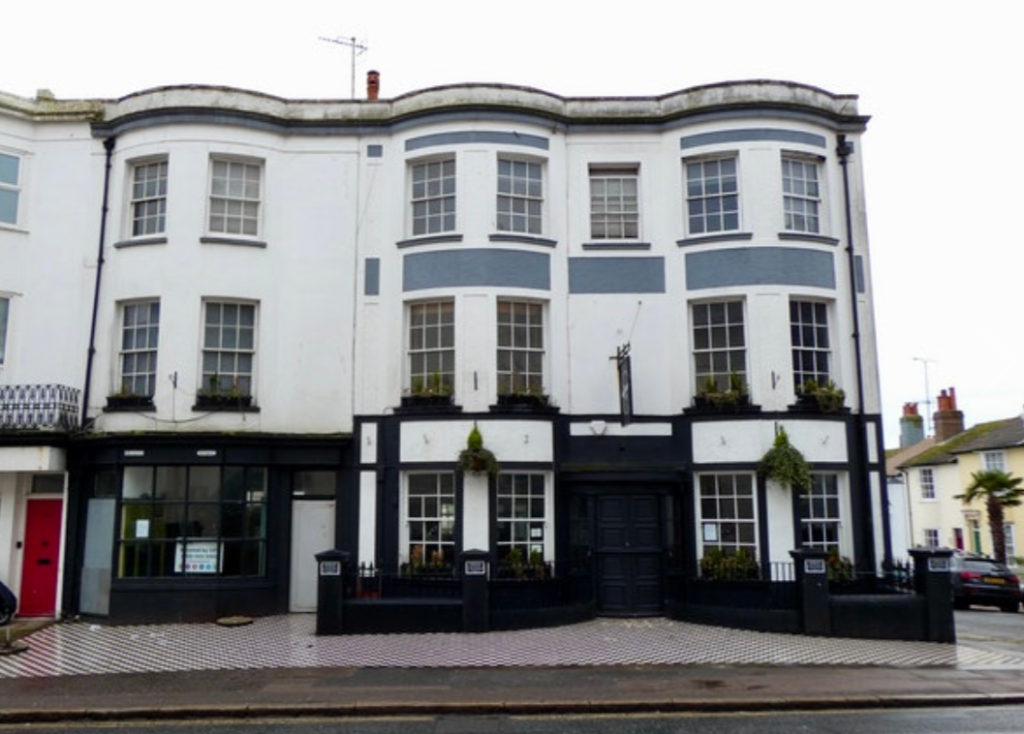 Mr Barakat’s agent, Simon Bareham, of Lewis and Co Planning, said: “Residents do not want the pub use to continue and so strongly prefer the whole site to be used for much-needed housing.

“The proposed alterations have recently been granted listed building consent and so are clearly beneficial to the character and appearance of the grade II listed building.

“Consequently, we hope that the planning application will be approved so that the building can be renovated in line with the wishes of local residents.”

A resident objecting to the application, whose details were redacted by the council, said: “The old Montpelier Inn, prior to lockdown, was a lively sports pub with outdoor seating and was an asset to the neighbourhood in its liveliness and localness.

“I support the resumption of a local pub, bar, bistro, cafe or eatery. I miss it. I miss the atmosphere of a happy crowd on a championship night. I always watched Wimbledon there.”

Another neighbour opposing the plans, whose details were also redacted, said: “I am not in favour of turning a community pub into yet more luxury flats.

“I would prefer the building to be used as it was intended, ie, as a family-run pub where locals can meet, eat, drink and socialise away from the chains and busy pubs in Western Road.”

The Planning Committee is due to meet at Hove Town Hall at 2pm next Wednesday (7 December). The meeting is scheduled to be webcast on the council’s website.