Voting under way in council by-election in Hove 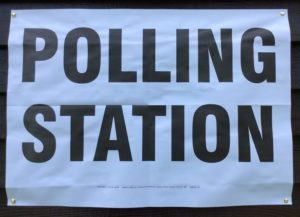 Voting is under way in the Wish ward by-election for a seat on Brighton and Hove City Council.

Polling stations opened at 7am as five candidates vied to win the seat which became vacant on the death of long-serving Conservative councillor Garry Peltzer Dunn.

The votes are due to be counted tomorrow (Friday 9 December).

The next council meeting scheduled to take place on Thursday 15 December.