A Gale is promising to sweep through Central Hove, clearing congestion in his wake.

Jeremy Gale, the Lib Dem candidate for Central Hove at the next local elections, also wants changes to parking charges which he described as “astronomically high”.

Mr Gale set out his stall in the current issue of the Brighton and Hove Independent.

He said: “With just 271 days until polling day, election fever will soon be in full swing.

“This gives an opportunity to reflect on some of the Liberal Democrat achievements in coalition government. 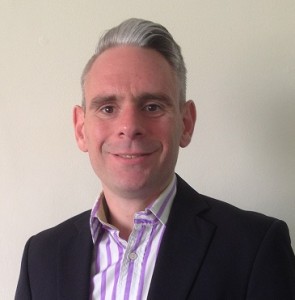 “We have created 1.8 million new apprenticeships, made education fairer via the pupil premium, restored the link between the state pension and inflation, raised the threshold for income tax to £10,000 – and this year saw the first same-sex marriages take place.

“None of this would have happened without the Lib Dems in government.

“The Lib Dems have pursued and delivered a Liberal agenda while acting as a handbrake on our coalition partners. We have shown maturity and delivered in government.

“The same cannot be said about the performance of Brighton and Hove City Council, led by the politically immature Green Party.

“They have put their own ideological agenda above and beyond what is right for the city.

“Their actions, supported by the other parties on the council, have caused misery and disruption for many of our residents.”

Mr Gale, who plans to stand for the council in Central Hove next May, wrote: “We have have astronomically high parking charges that are socially and economically illiberal.

“The costs are such that many residents now see less of their friends and families.

“This is fundamentally wrong.

“Many business-owners have also told me they back free Sunday parking as it will help their trade and our local economy to grow.

“I led the campaign for free Sunday parking, backed by more than 1,250 residents.

“The proposal was blocked by the Green and Labour parties, with the Tories confused as to what they would actually do.

“The message is clear: if you want free Sunday parking, vote Liberal Democrat.

“To support our proposal of free Sunday parking and to help ease the city’s congested roads, I am pleased to announce our plans to make bus lanes multi-use on Sundays and after 6pm every weekday evening.

“Bus services are much reduced at these times so, to help get our city’s traffic moving, we propose using the bus lanes to help make your life easier.

“The message is clear: if you want traffic moving in our city, vote Liberal Democrat.

“The Greens have proposed a 5.9 per cent rise in council tax. There has already been a 1.99 per cent increase and yet they are still unable to get the basics right.

“The filthy streets and missed rubbish collections are just one example.

“In contrast, Liberal Democrat-controlled Eastbourne Borough Council has frozen council tax for the last four years – and maintained and delivered services for their residents.

“The message is clear: if you want ‘value-for-money’, vote Liberal Democrat.

“Our parliamentary candidates, as well as the rest of our city council candidates, will be announced over the coming weeks.

“You will continue to hear from us, as we put forward policies to make our city a better, and more liberal, place to live.”