A Brighton accident and emergency (A&E) consultant accused the Prime Minister David Cameron of lying about the NHS in an open letter.

Rob Galloway, a doctor at the Royal Sussex County Hospital, also said that A&E was in crisis rather than just busy.

He published his open letter to Mr Cameron and Health Secretary Jeremy Hunt on Facebook.

In it, he invited them to take him on in a debate in which he said he would offer solutions to the current crisis.

He prefaced his letter by saying: “After some persuasion, my full letter. Please link, tweet, send on to politicians and the press. The reality needs to get out.”

The letter, published today (Wednesday 7 January) is published in full below. 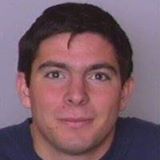 As someone who works in A&E, I hear with interest that you have said that things in A&E are just busy and we are performing well and not in a crisis.

I though, would disagree. Maybe it is just your sense of reality which has made you say this or perhaps a lack of comprehension of the words busy v crisis.

Is it not a crisis that up and down the country thousands and thousands of patients are being looked after in corridors because there are no free cubicles for them to be seen in?

Is it not a crisis that many hospitals are declaring major incidents (to just cope with normal winter pressures) and some are having tents built in their car parks?

Is it not a crisis that patients who need discharging from the hospital can’t because social services can’t cope with demand? This means there are no free beds for the patients to go to and so they stay in A&E for hours upon hours.

Is it not a crisis when thousands of patients are having their operations cancelled because there are no beds for them to get into?

Is it not a crisis when every department in the county cannot recruit A&E doctors and nurses because they are emigrating or changing specialty because of the relentless pressure?

Is it not a crisis when everyday A&E staff up and down the country thinks it is a good shift, if we get a cup of tea, no member of staff is in tears and no one dies in the corridor on our watch? (As opposed to deliver the standard and dignity of care we wish.)

Or are you saying it is not a crisis because you don’t want to admit the real problem and are a tad embarrassed by your mistakes? Because when you came to power you promised to invest in the NHS and not reorganise it. But actually you lied.

Health and social care are inextricably linked and you stripped money away from social care while still finding the money for tax cuts for millionaires. But worse still, instead of trying to modernise and improve the NHS (which it needs) and working to prevent an absolutely predictable crisis, you spent the time and billions of wasted pounds on an ideological drive to increase the role of the private sector into the NHS, which has just put profits before patients.

The reality is that the crisis (yes it is a crisis not just busy) in the NHS, is shown up in the corridors of the A&E departments.

And if you don’t believe me, please join any of the thousands of A&E staff up and down the country whom are all going through the same problems. Then reality might kick in; seeing people in their 90s lying in a corridor as there is no bed to go to, patients who need to go to intensive care staying for hours upon hours in A&E while their condition deteriorates, ambulance staff not being able to get to 999 calls as they are waiting to get their current patients into A&E, nurses not having time to care for patients – just provide treatment, and for the consultants on the shop floor trying to create order and safety in a chaotic environment.

We are so lucky to have the training and skills to do the jobs we do – but we just need you to make it possible for us to perform the job we love to appropriate standards.

It may be hard for all of us who work in A&E but it is nothing compared to what our patients have to endure. But amazingly it is them that keep us going – with humour, goodwill and not complaining about us despite everything going on, along with a diabetic-inducing amount of chocolate being bought for us.

Mr Hunt and Cameron, I also want to ask you why you think we are performing well? You say it is because around 85 to 95 per cent of patients get seen and discharged or admitted with four hours. (Still the worst figures since we started recording this data.)

But that hides the reality. It is easy to boost this percentage with easy patients with cuts and colds and minor injuries – but what about the care for the patients who are genuinely sick – the ones who need admission. How quickly do they get seen and admitted? That is the figure that should be made available but isn’t. I don’t know what the numbers are, but from recent experience from up and down the country, I doubt that at the moment half of patients who get admitted do so within four hours from when they arrive; remember delayed admission leads to worse outcomes. Please start releasing this important figure as it will give a much better barometer for how the NHS is doing.

So Mr Hunt and Mr Cameron, come down to any A&E and see the crisis/“just busy” and when you do so, listen to the staff who can explain what needs to be done as opposed to listen to your political advisers.

In A&Es throughout the country, we are buckling under the strain and it is only because of everyone’s hard work and dedication that patient care is being maintained to the extent it is and morale hasn’t yet cracked.

It feels that we in the NHS (from porters, to managers, to nurses, to support staff, to paramedics, to hospitals doctor and GPs) are lions being led by donkeys. We are facing 1930s public sector cuts driven by politicians with the mentality of World War I generals.

So in summary – please Cameron and Hunt, stop thinking about your political ideology and start thinking about our patients. Remember the NHS was set up after World War II during a period of unprecedented austerity – stop destroying it under the name of austerity.

PS, it must be quite easy going on Question Time and the like, debating (with) fellow politicians and public figures who everyone knows have their own agenda. But the shop floor workers in the NHS have only one agenda – our patient care; so the debate may not be so easy with us. I would love to debate with you about the NHS crisis and offer some solutions. Are you up for it?