The Saltdean Lido says it is “disappointed’ that it was not informed about plans to build another open air pool on the seafront in Brighton. 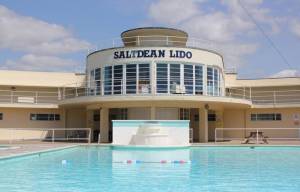 A community campaign to restore the Grade II lido has this year been given millions of pounds in grants and hopes to open it to the public again next year.

But despite working in partnership with Brighton and Hove City Council, it first heard about the new plans for a heated seawater pool at the old Peter Pan’s site when it hit the headlines yesterday.

And while it is not “overly concerned”, it says having two open air pools so close to each other could have an impact on the lido.

Saltdean Lido Community Interest Company (CIC) director Rebecca Crook said: “We are working in partnership with the council and they didn’t notify us of this scheme on the seafront.

“We have many meetings with the officers and even had a meeting with the chief executive a couple of weeks ago.

“We’re not overly concerned about it because there have been a lot of thing proposed for that site and this is early stages and our swimming pool will be open next year.

“We have got such huge public support and ours is a slightly different proposition.

“But there doesn’t seem to be a holistic plan of projects going on in the city. I can’t imagine any other council recommending two outdoor swimming pools within three miles of each other.

“It’s just not commercially viable, and I think it will have an impact.

“I’m sure they had other schemes they could have done and it’s interesting that they decided to go for an outdoor pool.” 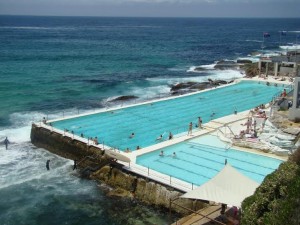 Brighton Kemptown MP Simon Kirby said: “I am astounded at the complete lack of holistic thinking within the city council regarding the development of the seafront and this proposed outdoor swimming pool.

“Only a few miles away is the Saltdean Lido which has already been awarded millions of pounds in funding, has an existing infrastructure, a huge amount of community support and a business plan that is viable for the long-term.

“The city council itself awarded the lease to the Community Interest Company (CIC) which is now regenerating the lido. This announcement makes no sense either for the tourism offer of the city.

“There are any number of uses that seafront sites could be put to – some of which have lain noticeably vacant for a number of years.

“It is astounding that in meetings with the CIC, city council officials have never mentioned the Peter Pan proposal!

The use of this site needs a complete rethink. I suggest the council gets on with it.’

However, Geoffrey Bowden, the city council’s lead councillor for culture and economic development said the two pools were completely different and posed no threat to each other.

He said: “I don’t know what Rebecca is complaining about. I think she’s done a fantastic job and they have got a lot of public support.

“Rebecca’s not one to be scared by any competition. and I don’t think that the Peter Pan pool will be competition.

“We put the Peter Pan site out to tender last year and it’s always been a leisure site. Whatever come forward and is assessed to be the best option is the one the people looking at those bids will go with.

“We can equally say it could undermine the Prince Regent or the King Alfred site. There’s an appetite for swimming in the city and it needs to be addressed.”

If the pool’s plans are approved in principle by the council and secure planning permission, developers Copsemill Properties hopes to start construction next year.