Brighton and Hove has topped a national poll of UK cities inspiring pride in their residents. 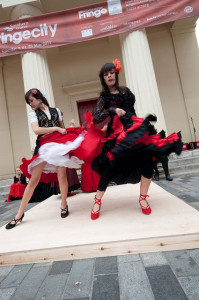 The YouGov poll places us in first place, with a massive 91% of people living here saying they are proud of the city.

And of the ten cities polled, only here did nobody say they were not at all proud of where they live.

Local culture was the most popular aspect of the city, with 84% saying they loved it.

However, job opportunities and modern landmarks were less popular, with 16% and 26% citing those respectively.

Twice as many people said they enjoyed the stereotypes about people living here, and while 78% didn’t originally come from the city, 53% said they were unlikely to leave.

Mary Wheeler, Senior Research Executive, YouGov CityBus said: “Whether it is the sea air and iconic beaches, lovely locals or a diverse cultural landscape, it is clear those in Brighton have a good deal to be rightly proud of.

“More generally, the results suggest that the majority of those in the cities surveyed are proud to live where they do, and will defend them against negative stereotypes that do abound.’’

However, the results should be treated with some caution, as only 101 people were polled. The other cities included were Birmingham, Bristol, Cardiff, Edingburgh, Leeds, London, Manchester, Nottingham and Belfast.