Despite the season not quite going to plan, the Albion awards night (Monday 20 April) was enjoyed by players, sponsors and fans in an evening of togetherness at the Amex Stadium.

Awards were presented to wide variety of individuals from Fliss Gibbons, who won the Seagulls Ladies Player of the Year prize, to stalwart director  Martin Perry, who won the Special Achievement Award for his services to the club.

The most poignant moment of the night was the Fan of the Season Award being posthumously awarded to Sarah Watts and collected by her good friends Liz Costa and Albion historian Tim Carder. Miss Watts died earlier this this year.

The main prize of the evening was won by Inigo Calderon who was crowned Player of the Season. Calderon is Albion’s longest serving player, having joined the club in 2009.

Perhaps the most emotional award of the evening was given to young Matt Francis who plays for Albion’s powered wheelchair team.

He won the Community Achievement Award and later told Brighton and Hove News that he has played for Albion for about four years and has been involved in the England squad.

But none of his achievements would have been possible without Albion in the Community.

He is raising funds for a new chair so that he can play in the World Championships in Texas later this year. His sponsorship page can be found at www.justgiving.com/aitc.

Joao Teixeira for Young Player of the Year, collected by Bruno Saltor as the young Portuguese midfielder is still recovering from a broken ankle.

Dr Rob Galloway received the newly created Sarah Watts inspiration award. Dr Galloway and his team have saved the lives of three patients after they had cardiac arrests at the Amex. 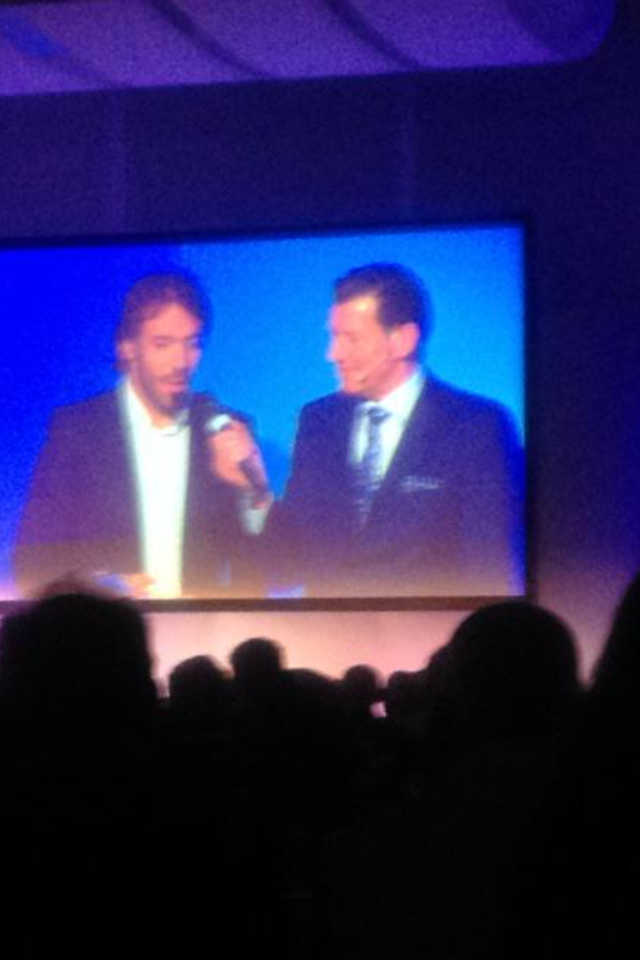