A Hove man has been jailed for 17 years for repeatedly raping a boy and sexually abusing half a dozen others.

Benjamin Mercer, 41, of Seafield Road, Hove, was convicted by a jury at Hull Crown Court, having denied rape, buggery, gross indecency, indecent assault and sexual activity with a child.

Detectives believe that Mercer may have abused youngsters in the Brighton and Hove area and, if so, they urged victim to contact police. 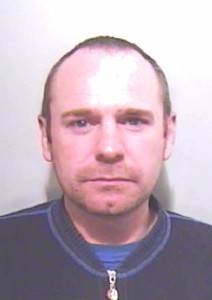 At his trial the court was told that all but one of his victims had been abused while Mercer lived in Hornsea, 16 miles from Hull, during the 1990s. The youngest was five years old.

Mercer was arrested in 1998 but not charged. Police said that there was insufficient evidence.

He then moved to Newquay where he assaulted another boy. He was attacked by the father of a boy after offering the lad £20 to go into the toilet with him at Burger King.

Yesterday (Thursday 16 July) Detective Inspector Emma Heatley, of Humberside Police, said: “He is clearly a sexual predator and we believe there may be more victims of Mercer over the last 20 years.

“He lived and worked in Hornsea prior to moving to Newquay in 1998 and moved to the Brighton area in 2000.

“We are now encouraging any further victims of Mercer – no matter how historic – to come forward and call the police on 101, asking for Humberside Police, to ensure he is brought justice for all his offending.”

Judge David Tremberg told Mercer that he was predatory and manipulative and had targeted vulnerable boys as he jailed him for 13 offences carried out over more than ten years.

Mercer repeatedly raped one boy up to three times a week for almost four years, causing him terrible pain.

He groomed boys by taking them on outings and plying them with cannabis and alcoholic drinks.

Detective Inspector Heatley said: “This is a fantastic result for Mercer’s victims, which showcased the hard work and dedication of the Protecting Vulnerable People Team and has seen a dangerous predator taken off the streets.”