The factory where the first ever Ben Sherman shirt was produced is set to be converted into a maisonette. 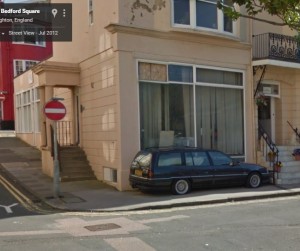 Brighton-born founder Alfred Sugarman rented a factory at 21 Bedford Square after returning from a spell in America where he worked at his father-in-law’s clothes manufacturer and changed his name to Ben Sherman.

He began by making clothes for other people, but in 1963, the factory started producing his own shirts in the distinctive style which is now known around the world.

The shirts were soon adopted by the Mods, also closely linked with Brighton, then later by ska, 2 tone and then Britpop bands.

The factory has long-since relocated and converted to offices, most recently an accountants, but developer Robbie Anderson now wants to take it back further in time and restore it to its original use – as housing.

A series of applications have been submitted to Brighton and Hove City Council to take down the 1960s shopfront and replace it with a replica of the original bay window which the other houses in the Grade II listed terrace retain. 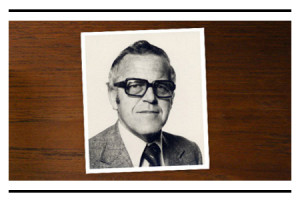 So far, none have been successful, but architect Dan Maitland is confident negotiations with Brighton and Hove City Council will eventually succeed.

He said: “The council is happy to support the conversion, but wants to make sure it is happy with the internal alterations.

“It’s one of Brighton’s most historic squares so they want more evidence that what we are doing is in keeping with that and doesn’t clash with any historical precedent.”

He said that before it became a factory, it had been a nightclub in the 1940s and 50s and before that, it was believed to have been once used as a brothel.

Ben Sherman sold his company in the 1970s, and it changed hands again this week when it was bought by Marquee Brands, which says it wants to bring the brand to new markets in the far east and South America.

Michael DeVirgilio, president of Marquee, said: “Part of what drew us to the brand was its history and association with different culture movements over the years. These are incredible points of history in the music scene in the UK.

“We can revive that energy by reviving the relationship between the brand and the movements of today.”