One of the senior officers in Sussex Police has given an overview of the investigation and recovery work taking place after the Shoreham airshow crash yesterday.

Assistant Chief Constable Steve Barry said that the death toll was likely to have risen to 11. 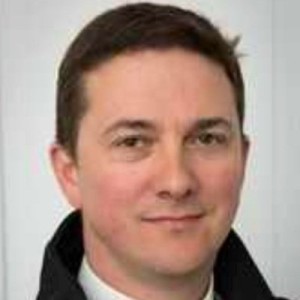 Mr Barry also said: “We have now started the task of clearing the scene of an air crash at Shoreham-by-Sea in Sussex that happened on Saturday afternoon (August 22).

“An investigation, jointly run by the Surrey and Sussex Major Crime Team and the Air Accidents Investigation Branch (AAIB), has commenced with the recovery from the scene of those who have died.

“This has been an enormously traumatic incident and our thoughts are with everyone who has been affected by the incident, from those who have suffered bereavement to those in the local community who are deeply shocked.

“I would like to pay tribute to colleagues in all of the emergency services, partner agencies and the organisers whose compassion and professionalism in the most extreme of circumstances has been widely commented upon.

“Sadly, as a result of our initial work at the site, which has continued overnight, and inquiries following calls to the emergency services from worried families and friends, we have now identified 11 people who we are treating as highly likely to have died in this tragedy.

“I am aware that this sounds rather technical but there are processes that have to be followed even in such circumstances as these.

“We have specially trained officers working with all of the families involved to ensure that they receive the most up-to-date information we have.

“This helps families to understand what has happened to their loved ones which is a high priority for us.

“A major part of that understanding will come from the investigation now under way.

“However, we cannot confirm the identities of any of those involved until the formal processes have been completed and we would ask that you respect the privacy of the families involved at this time.

“The scene of the incident is a large one, extending around 400 yards along the A27 and spilling off to the sides and just partly onto the airfield itself.

“We do know that no one on the airfield attending the show was injured.

“As a result of the scale of the devastation, the recovery process is necessarily complex and thorough and the work of those undertaking it cannot be understated.

“Removal of those who died will carry on today and is likely to continue throughout the day tomorrow (Monday 24 August).

“This is being undertaken by specialists from other police forces in the south east as well as colleagues from the fire and rescue service.

“A crane will be brought in to lift the wreckage of the Hunter jet on Monday and, as we have already indicated, it is quite possible that we will discover more fatalities.

“At this time, the site remains a hazardous area. Colleagues from the AAIB advise us that there is still an amount of fuel remaining on the plane and the status of its ejector seat is being determined.

“As a result, an air exclusion zone remains in place around the scene but I would stress that, with the cordon that has been established around the crash site, there is no risk to the local community.

“The pilot, who was freed from the wreckage yesterday, remains in a critical condition in the Royal Sussex County Hospital in Brighton.

“Others who were injured have all now been treated for their injuries.

“It is quite possible that the road will remain closed for several days. Following the recovery of those who have died, the scene needs to be fully investigated, the aircraft and vehicles removed and there will have to be major repairs to the highway itself.

“In the meantime, the road will remain shut and even at the weekend this is having an impact on traffic on local roads.

“Obviously, people do need to travel and will be returning to work on Monday but I would ask that the further away you are able to divert around Shoreham the better.

“You will have undoubtedly seen a large number of photos and video from the scene of the incident and some of those images may be of use to investigators.

“If you do have anything that you think may be of use, please let us know by emailing shoreham.aircrash2015@sussex.pnn.police.uk but please do not attach the files at this time. We will get back to you if we need your evidence.

“I am also aware that there are quite a few images and videos from the scene placed online in the aftermath of the crash that are extremely graphic.

“It is not our place to dictate what may or may not be published anywhere but, from a personal perspective, I would ask people to consider the feelings of those who have lost loved ones in this incident and indeed, who may still not have heard from them and are seeking information.

“After the accident, we received a lot of calls from people who were worried about family and friends.