A Hove care home requires improvement, according to an official report by the Care Quality Commission (CQC).

Aspen House Care Home, in Wilbury Avenue, Hove, was rated good for being safe, caring and responsive. But it requires improvement in terms of being effective and well led, dragging down its overall grading.

The CQC said: “The inspection took place on (Tuesday) 19 July 2016 and was unannounced.

“Aspen House provides accommodation for up to 15 older people. On the day of our inspection there were 12 people living at the home.

“The home provides support for people living with varying stages of dementia along with healthcare needs such as diabetes and epilepsy.

“We carried out an unannounced comprehensive inspection (in) May 2015. Breaches of legal requirements were found and following the inspection the provider wrote to us to say what they would do in relation to the concerns found.

“At the inspection (last month) we found that significant improvements had been made. However, we found a breach of legal requirements in relation to the failure to display performance assessment ratings.

“Further areas that needed improvement related to people’s dining experience and the lack of choice in relation to food, as well as the lack of signage and adaptation of the building to assist people, who were living with dementia, to orientate around the building. 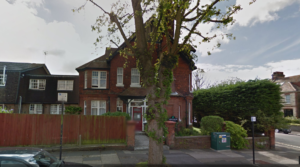 “Part of the requirements of the provider’s registration is to ensure that when their service is inspected by (the) CQC they display their performance assessment rating to provide members of the public with an awareness of the rating of the service.

“The provider had not displayed the rating of the previous CQC inspection and therefore this was an area of concern.

“People had sufficient quantities to eat and drink and were happy with the food. However, people told us that they didn’t get enough choice in relation to the food that was provided.

“One person told us, ‘There’s a bit of choice at breakfast but you can’t have a cooked breakfast or anything like that and at lunchtime it’s a main meal in the dining room. You never know what it is unless it’s Friday and you know it’ll be fish then.’

“People were able to choose where they ate their meals, most deciding to eat in the main dining area.

“Independence, with regard to eating and drinking, was not consistently promoted. Although people were observed to be independently eating their food, observations showed a member of staff moving from person to person mixing their food and putting spoonful’s to people’s mouths.

“People appeared not to welcome this support, which did not promote people’s dignity or independence. This is an area of practice in need of improvement.

“All of the people living in the home were living with dementia. Although the home provided a homely and relaxed atmosphere there were no adaptations or clear signage for people to orientate and know where their rooms, or other parts of the building were.

“Some people’s rooms had been furnished with their possessions and items that were important to them, whereas others were bare and stark and did not create a homely atmosphere. This is an area of practice in need of improvement.

“People’s safety was maintained as they were cared for by staff that had undertaken training in safeguarding adults at risk and who knew what to do if they had any concerns over people’s safety.

“Risk assessments were personalised and ensured that risks were managed and people were able to maintain their independence.

“There were safe systems in place for the storage, administration and disposal of medicines. People told us that they received their medicines on time and records and our observations confirmed this.

“Sufficient numbers of staff ensured that people’s needs were met and that they received support promptly.

“People told us that they felt safe. When a visiting healthcare professional was asked about the staffing levels, they told us, ‘Definitely enough staff. They chat with them. They’re not left.’

“Another healthcare professional told us, ‘There are always lots of staff around and on hand.’

“Staff were suitably qualified, skilled and experienced to ensure that they understood people’s needs and conditions and plans were in place to provide training for newer members of staff. Essential training, as well as additional training to meet people’s specific needs, had been undertaken or was planned.

“People told us that they felt comfortable with the support provided by staff. One person told us, ‘I only have to ask and they help me or get it done.’

“People’s consent was gained and staff respected people’s right to make decisions and be involved in their care.

“Staff were aware of the legislative requirements in relation to gaining consent for people who lacked capacity and worked in accordance with this.

“People confirmed that they were asked for their consent before being supported and our observations confirmed this.

“People’s healthcare needs were met. People were able to have access to healthcare professionals and medicines when they were unwell and relevant referrals had been made to ensure people received appropriate support from external healthcare services.

“One person told us, ‘I had the chiropodist just the other day so my toenails are quite alright.’

“Positive relationships between people and staff had been developed. There was a friendly, caring and relaxed atmosphere within the home and people were encouraged to maintain relationships with family and friends.

“People were complimentary about the caring nature of staff. One person told us, ‘I find they are very kind to me.’

“People’s privacy and dignity was respected and their right to confidentiality was maintained.

“People were involved in their care and decisions that related to this. Care plan reviews, as well as residents meetings, enabled people to make their thoughts and suggestions known.

“People’s right to make a complaint was also acknowledged. However, people told us they were happy and had no complaints.

“One person told us, ‘I don’t worry about anything in here, no complaints.’

“Another person told us, ‘I can’t complain about anything but I would if necessary.’

“People received personalised and individualised care that was tailored to their needs and preferences.

“Person-centred care plans informed staff of people’s preferences, needs and abilities and ensured that each person was treated as an individual.

“Staff had a good understanding of people’s needs and preferences and supported people in accordance with these.

“People, staff and healthcare professionals were complimentary about the leadership and management of the home and of the approachable nature of the management team.

“One member of staff told us, ‘I love being here. It is a friendly, happy place, a lovely home.’

“Another member of staff told us, ‘I feel privileged to work here.’

“There were quality assurance processes in place to ensure that the systems and processes within the home were effective and ensured that people’s needs were being met and people were receiving the quality of service they had a right to expect.”

Sex attacker strikes twice in a week in Brighton suburb