By Tim Hodges from the pre match press conference

Brighton and Hove News caught up with Albion boss Chris Hughton this lunchtime. 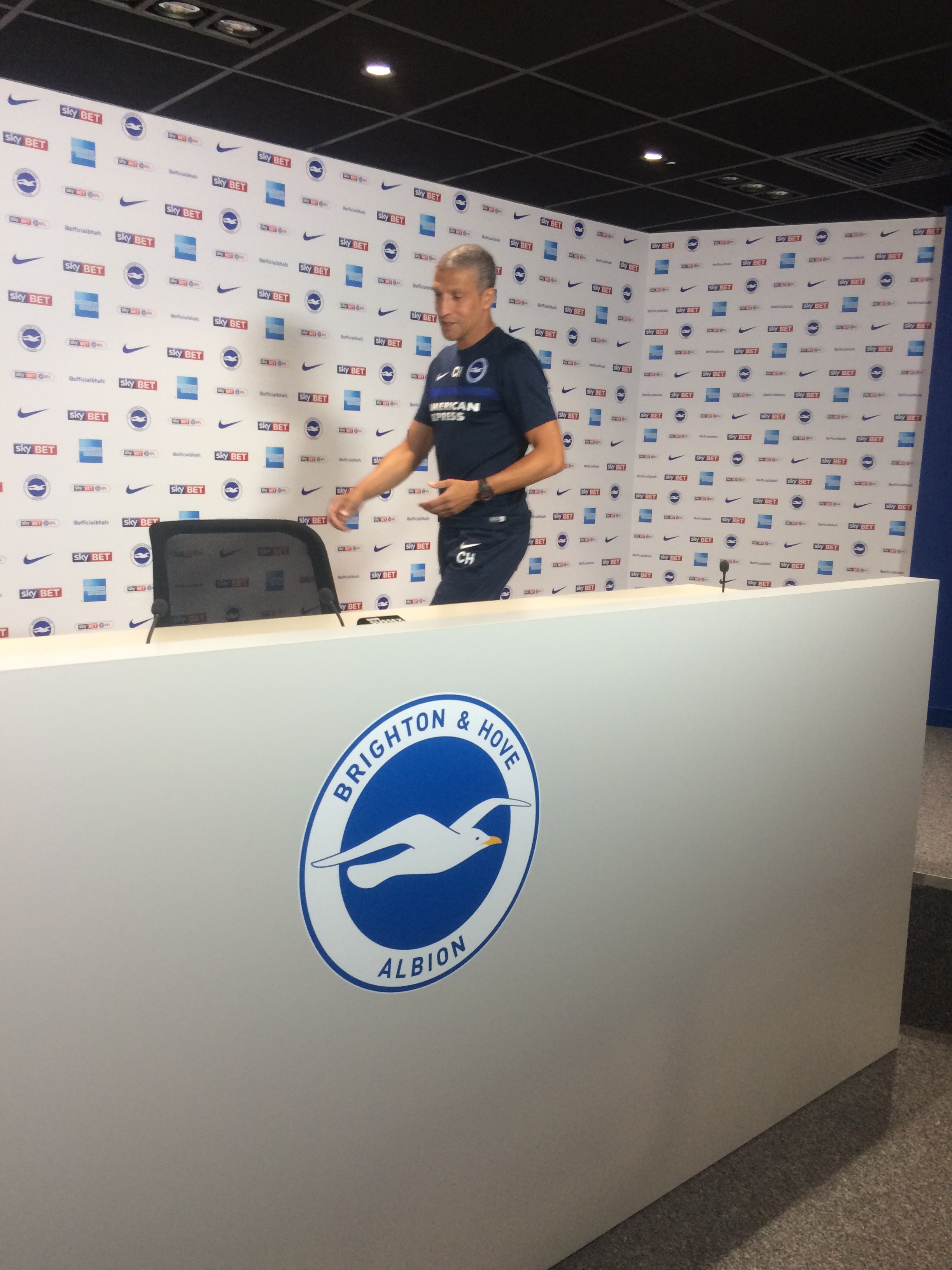 The Albion take on Sheffield Wednesday at Hillsborough this Saturday. However, the Seagulls have never won at the infamous stadium. The nearest the Seagulls have come to victory was in December 2002, when they conceded a 90th-minute Shefki Kuqi equaliser after leading through a Gary Hart goal for the previous 70 minutes.

Hughton told Brighton and Hove News that although he was aware the Albion haven’t played Wednesday at Hillsborough in each of the last 100 years, he thought the failure of the club ever to record a victory there could be a motivational tool.

Hughton said: “There are always going to be these facts. Can it be motivational? Of course it can. And would this group of players want to be the first who have achieved it for a period of time? Yes I think it’s fair to say they would.
“It won’t be the main motivation. That will be that we are up against a very good side. And beating Sheffield Wednesday away from home will be a great confidence booster for us.”

One player who won’t travel to Hillsborough is Richie Towell.

The Irishman has just resumed running after suffering a setback in his rehab from a knee injury.

Hughton hinted to @bhcitynews that a route back for Towell may be in one of the Under 23 matches. A loan move in the new year might be a possibility but wasn’t really being considered post injury in the summer. “It’s something we might consider in January – but he is certainly a player we like and he is great to have around the place.”

Elvis Manu, although the Albion boss conceded he had taken time to acclimatise, was in his plans going forward. “He’s in a better place than where he was last season – in terms of where we want him to be – when he’s not in the squad that’s my choice on the positional preferences of the starting eleven, so he’s there pushing and in a better place than this time last year.”