A former parliamentary hopeful in Hove who later became an MP elsewhere has told colleagues that he is again suffering from cancer.

Nick Boles, who stood for the Conservatives in Hove in the 2005 general election, shared the news today (Wednesday 26 October).

Mr Boles, now the MP for Grantham and Stamford, tweeted: “Some news: doctors have found a cancerous tumour in my head. Some of you might think that explains a lot about my recent behaviour.”

He praised medical staff at King’s College Hospital in London after they diagnosed the tumour which was found nine years after he overcame Hodgkin’s lymphoma.

Mr Boles, 50, who served as a minister when David Cameron was Prime Minister, added: “I fought cancer off nine years ago and I am sure I can do it again.”

He came within 400 votes of victory in Hove but was beaten by Labour candidate Celia Barlow. One of the key members of her campaign team was a young Peter Kyle. 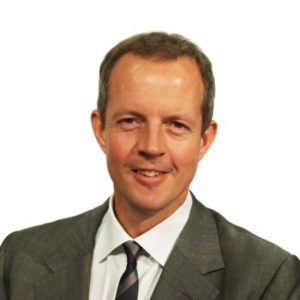 Celia Barlow was succeeded by Mike Weatherley who won the seat for the Tories but stood down at the last election, having suffered cancer of the oesophagus.

Mr Kyle put his past experience and knowledge of campaigning in the constituency to good use to win the seat back for Labour.

MPs of all parties wished Mr Boles well, including Caroline Lucas, the Green MP for Brighton Pavilion, who tweeted: “So sorry to hear your news and wishing you the very best and a very speedy recovery.”

Mr Kyle said that he had been in touch with Mr Boles and sent his best wishes and from “my team and our community for a swift and full recovery”.

The Labour MP said: “He’s approached this bravely and by doing so will inspire many people who face similar battles.”