My parents married in 1954 and moved to Hove. One of the first things my father did was apply for membership of Hove Squash Racquets Club. His application was turned down. The grounds? He was a Jew.

It seems difficult to believe that, a mere 62 years ago, this was both socially and legally acceptable. Nine years after the world learnt of the horrors of the Holocaust, anti-semitism was alive and well and living in Hove.

Thankfully, things have moved on since then. The law changed in 1965 with the introduction of the first Race Relations Act. Subsequently, numerous laws been passed to prevent discrimination on the basis of race and an increasing number of other grounds.

However, sad to say, despite this, racial prejudice and racial discrimination have not gone away. 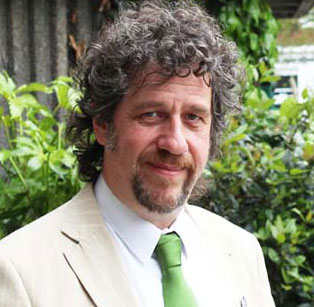 I come from a minority ethnic background and am a fourth-generation immigrant. I am also Brighton and Hove born and bred. I have always thought of our towns (now our city) as a beacon of progress, where there is no room for prejudice.

Sadly, the stories I heard from some of the council’s BME workers showed this view to be unfounded.

It has to be said that the story was by no means uniform. Many departments within the council operated without prejudice. However, others didn’t.

This later expanded into the city-wide BME needs assessment which, in turn, has now been followed by the report on Race Equality of Employment and Skills in Brighton and Hove, which came before the council’s Neighbourhoods, Communities and Equalities Committee on Monday (28 November).

The committee unanimously agreed that BME employment and skills needs will now become an integral part of the City Employment and Skills Plan.

I’m proud to say that we in this city are moving towards the elimination of race-based inequality. The direction of travel here, since the dark days of the 1950s, is clear.

However, progress cannot be assumed to be irreversible. This year, across the country, race and religious hate-crime numbers rose by 58 per cent in the aftermath of the vote to leave the EU.

We must remain vigilant and continue to have a zero-tolerance approach to hate, whether it be on the basis of race, religion, gender, sexuality, disability, age or any other characteristic.

Locally, a major part of the job of the council is to provide services which safeguard vulnerable people.

In the face of decreasing funding and increasing demand, these services must be maintained.

Nationally, we must guard against a return to a time when it was acceptable to put up signs reading: “No Blacks, No Dogs, No Irish.”

Leo Littman is a Green councillor for Preston Park Ward on Brighton and Hove City Council.