The RMT said this morning it has been banned from Acas talks taking place between Southern’s parent company GTR and the Aslef union. 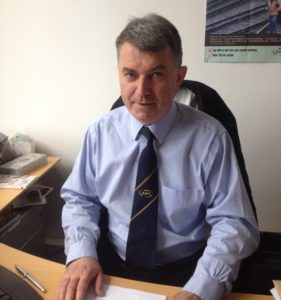 The talks were arranged yesterday after GTR approached Aslef on the first day of its drivers’ strike, which completely halted Southern services between Brighton and London.

GTR said it had “reached out” to Aslef, and did not mention the RMT, but the RMT, whose conductor members are holding their own series of strikes, said it would also be attending.

But today, RMT general secretary Mick Cash said the door has been “slammed in our faces”.

Mr Cash said: “Southern Rail were fully aware last night that I would be attending the talks this morning at ACAS alongside our ASLEF colleagues.

“This morning, on arrival for the talks, I was told that I would not allowed to take part by representatives from the company.

“RMT is furious at the complete contempt that has been shown to us by Southern Rail this morning which leaves us in a state of limbo when we should all be around the table thrashing out the issues that have led to the current action.

“Our members were expecting discussions to take place today and instead we have had the door slammed in our faces. That is no way to rebuild the confidence of the workforce in the Southern management and the talks process and it is no way to reach a solution which is what the public are crying out for.

“I will now be reporting back to RMT’s executive on these developments.”

However, GTR said today’s talks were intended to resolve the drivers’ dispute, and as the RMT only represents 12 drivers, it was not involved. Aslef represents almost 1,000 Southern drivers.

“I have spoken with the General Secretary of the RMT this morning and informed him we’d be happy to meet him at ACAS later today to talk about any new proposals he has to try and end the conductors’ dispute.

“And I also asked him to call off their programme of strikes planned for Christmas and new year.”