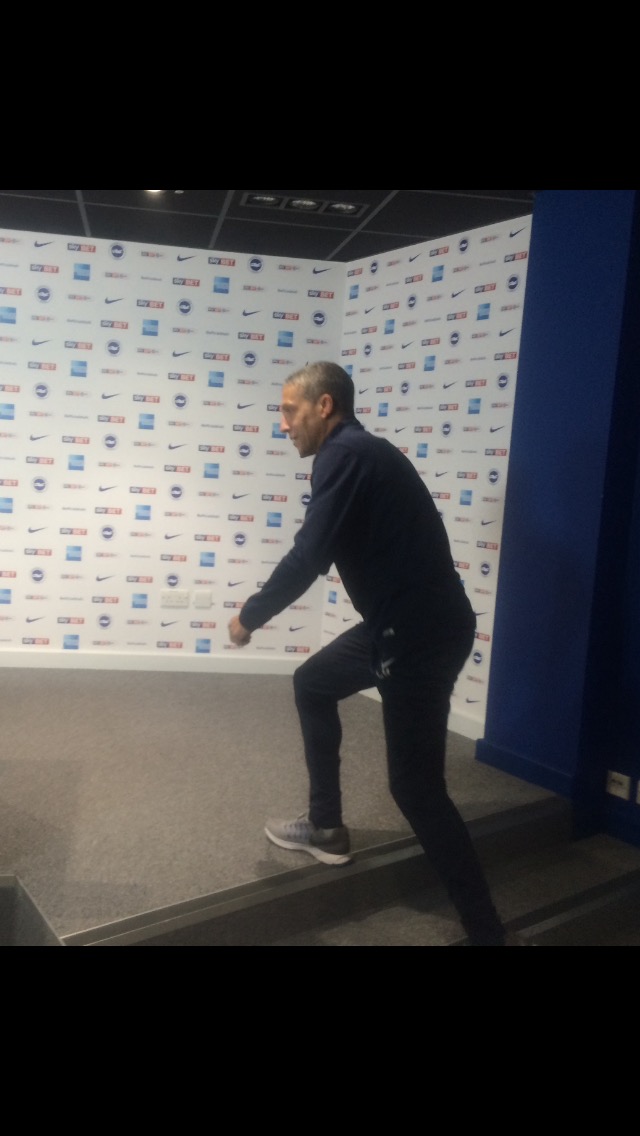 It will be two years on Saturday since the former Newcastle and Norwich boss took over from Sami Hyypia.

Hughton told Brighton and Hove News that his time so far had been “very enjoyable” even in the more difficult period on the pitch from the January (2015) to the end of the season. He said:”It wasn’t doom and gloom. There was still a good feel about the club.”

He went on to say he was aware long before joining the club of its ambitions and that the Albion had a modicum of success in reaching successive play-off semi-finals.

“I knew this club was used to winning more games than they lost – but sometimes things go off track and you need to get it back on track- and that’s by the hard work you do and of course the recruitment.

Many online Albion fans consider the current squad to be the best ever – even surpassing the 1979 promotion squad and the ’83 cup final heroes.

Hughton told @bhcitynews that this is a strong and competitive squad at the moment – but you can only compare by what you have achieved.

If you can stay in the top group of teams in this division then that is relative success, he said, but with regards to ultimate success, we haven’t had any yet, although we have put ourselves in a very good position.

Hughton was aware that around 6,000 Albion fans will travel to Fulham and with the sell-out against QPR and the likely full house against Cardiff, commented on the feel-good factor around the club and the fans.

Sebastien Pocognoli is still injured and will not feature tomorrow (Friday 30 December) against Cardiff City.

Liam Rosenior has trained for the past three days but is also unlikely to be involved in the squad against Cardiff.

Meanwhile Hughton told Brighton and Hove News that Beram Kayal has been pencilled in for the third round FA Cup clash with MK Dons at the Amex on Saturday 7 January for his comeback from injury.