A third night of freezing fog is expected tonight, as the Met Office issues another yellow severe weather warning, with ice also added into the mix. 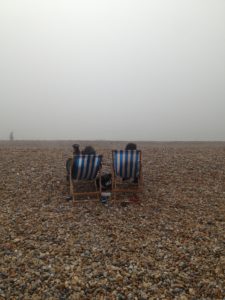 The Met Office says as well as freezing fog, ice patches are set to form on untreated roads and paths, creating an additional hazard.

The warning, issued at 11am, is in place from 6pm tonight until 11am tomorrow.

The Met’s chief forecaster says: “Stagnant air will remain across the area, allowing fog to form readily. Frost deposited by the fog will give surfaces an icy covering which may be thick enough to make roads and pavements slippery.”

Here is a collection of foggy Brighton and Hove tweets from the past couple of days.