A jury has cleared a Brighton and Hove Albion footballer of smashing a bottle over the head of a night club bouncer.

Rohan Ince, 24, was accused of carrying out the attack outside a club called Atik in Windsor in the early hours of Christmas Day 2015.

At Reading Crown Court this afternoon (Wednesday 15 February) a jury unanimously found him not guilty of wounding the bouncer Gregor Jurcic, 27, with intent to cause him grievous bodily harm (GBH).

As police and bouncers tried to disperse a crowd of about 500 people from outside the venue, Ince was alleged to have attacked Mr Jurcic from behind with a Jack Daniels bottle.

Mr Jurcic suffered a 2in to 3in cut which required seven staples and left scarring.

Although Ince is currently on loan to Swindon Town, Brighton and Hove Albion boss Chris Hughton listened to the closing speeches in court this morning. 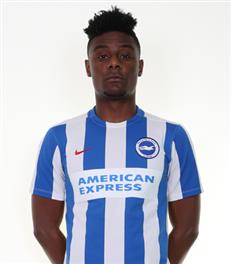 After the verdict the football club said: “Brighton and Hove Albion are pleased to note the not guilty verdict at the conclusion of the trial involving Rohan Ince. This concludes a difficult period for Rohan.”

His solicitor Steven Barker said that the defensive midfielder was now looking forward to getting his career back on track.