The official energy watchdog Ofgem has urged EDF customers to shop around after the company put up its prices for the second time in four months.

The French company has many customers in Brighton and Hove and the surrounding area, having bought the local electricity company Seeboard in 2003.

But EDF, which has offices in Portland Road, Hove, put up its prices in December. The 1.2 per cent rise in duel tariffs four months ago means that customers face a combined 8.5 per cent increase.

Ofgem chief executive Dermot Nolan said: “EDF’s second price rise in four months, when there has not been a dramatic rise in wholesale energy prices since it last put up prices, is difficult to justify and is further evidence that the energy market is not working in all consumers’ interests.

“Energy consumers on standard tariffs risk being taken for granted and we encourage customers to shop around to find the best deal for them.

“Ofgem and the government are working on a raft of reforms to ensure fairer treatment for consumers and to make the market smarter and more competitive. Today’s announcement is further evidence of the need for change.” 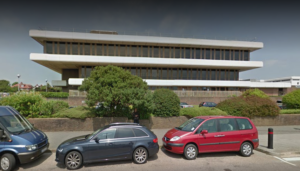 The standard variable gas tariff will go up by £29 and the standard electricity tariff by £49.

Overall the increases in December and June for a dual fuel direct debit customer will be £91.

“Deferring the gas price rise until the summer will have saved EDF Energy variable gas tariff customers £16 million since January – the equivalent of £20 per household.

EDF chief executive Vincent de Rivaz said: “I know that price rises are never welcome, but the industry is facing significant cost increases. To be a sustainable and responsible business, we aim to make a fair margin in supplying customers.

“This fair margin allows us to invest for the long term, in particular in good service, innovation and smart metering. It also allows us to help more customers choose the right tariff for them. We have cut all the costs under our control without compromising our customer service.

“We accept that the government, regulators and consumers groups have concerns about the way markets work for customers, particularly the energy market.”