The government’s official health and social care watchdog has given the Craven Vale Resource Centre, in Brighton, a rating of good across the board.

Hundreds of people a year – mostly over 65s – stay at Craven Vale, in Craven Road, Brighton, usually after being discharged from hospital.

The short-term care home and rehabilitation centre earned its rating – the second highest out of four – after an unannounced inspection in February by the Care Quality Commission (CQC).

The CQC said: “We did find an area of practice in need of improvement in relation to the recording of people’s fluid intake, which had not been consistently maintained.”

The CQC said that Craven Vale had also been rated good overall at its previous inspection in July 2014.

The watchdog said: “At this inspection we found the service remained good overall. Where the provision of social activities had been highlighted as an area in need of improvement, this had been addressed.”

There was praise for the accountable person – Ian Muir Fleming, the registered manager.

In its report the CQC said: “Craven Vale Resource Centre provides personal care and support for up to 31 people. Care and support is provided to adults but predominantly to older people. It provides people with a short-term period of rehabilitation.

“People are supported following discharge from hospital or to prevent admission to hospital to regain their independence and (be able) to return home. 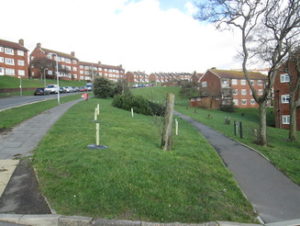 “Short-term rehabilitation is a joint partnership between Brighton and Hove City Council and the Sussex Community NHS Trust to provide co-ordinated care.

“The service has a high level of admissions and discharges due to the short-term nature of the service and there are no long-term placements.

“On the day of the inspection 28 people were resident in the service.

“People and their relatives told us they felt people were safe in the service. They knew who they could talk with if they had any concerns. They felt it was somewhere where they could raise concerns and they would be listened to.

“Systems in place to assess and manage risks had been maintained to provide safe and effective care. People were supported by staff who had been through robust recruitment procedures.

“Sufficient numbers of suitable staff had been maintained to keep people safe and meet their care and support needs.

“Staff told us they received supervision (and) were supported to develop their skills and knowledge by receiving training which helped them to carry out their roles and responsibilities effectively.

“One member of staff told us: ‘Supervision is very supportive and we meet on a daily basis to discuss workload.’

“Training records were kept up-to-date (and) plans were in place to promote good practice and develop the knowledge and skills of staff.

“People’s individual care and support needs were assessed before they moved into the service.

“Care and support provided was personalised and based on the identified needs of each individual.

“People’s care and support plans and risk assessments had been maintained and reviewed regularly.

“One member of staff told us: ‘I really love it here. We work with the therapists and doctors and really communicate with people. It can make a difference and build confidence. It’s a good staff team and everyone is approachable.

“People told us they had felt involved and listened to. Where people were unable to make decisions for themselves this had been considered under the Mental Capacity Act 2005 and appropriate actions continued to be followed to arrange meetings to make a decision within their best interests.

“The service continued to have a relaxed and homely feel.”

People were supported by kind and caring staff who treated them with respect and dignity. They were spoken with and supported in a sensitive, respectful and professional manner.

People told us the food was good and plentiful. Staff told us that an individual’s dietary requirements formed part of their pre-admission assessment and people were regularly consulted about their food preferences.

“Healthcare professionals, including speech and language therapists and dieticians, had been consulted with as required.

“Staff told us that communication throughout the service continued to be good and included comprehensive handovers at the beginning of each shift and staff meetings.

“They confirmed that they felt valued and supported by the managers, who they described as very approachable.

“The registered manager told us that senior staff had maintained a range of internal audits and records confirmed this.

“They operated an ‘open door policy’ so people living in the service, staff and visitors could discuss any issues they may have.

“One member of staff told us: ‘There is an open door policy and a really good team and you can ask anyone for anything.’

“People were asked to complete a satisfaction questionnaire at the end of their stay.”