Ever heard of Brighton’s Italianate Attree Villa that was designed by the Houses of Parliament architect ? No? Then read on………………………… 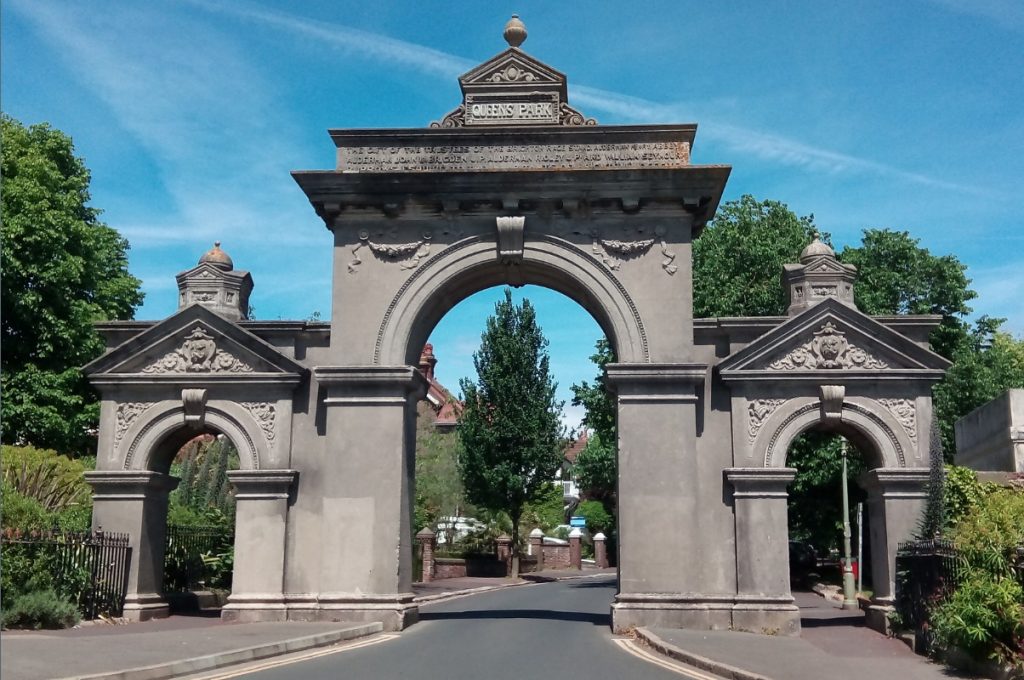 A grand entrance into Queen’s Park

Over the years, Brighton and Hove has amassed its fair share of historical buildings and exciting architecture with a view of drawing people to our wonderful city. However, sometimes great treasures are unfortunately lost in the annals of time for one reason or another. One such case in mind is Attree Villa.

Strangely enough, I was actually born in Brighton not too far from where Attree Villa once stood, but until now I hadn’t actually heard of it – shame on me!

The upkeep of grand houses, historical castles and other buildings of that ilk is a very expensive business and this will partly depend on what materials were used in the construction process. I can recall avidly watching all of the BBC’s Restoration series several years ago, whereby the general public would vote to save different types of buildings from the brink right across the country, from municipal baths to theatres and from industrial mills to follies of one sort or another.

More about follies shortly, but alas BBC’s Restoration series had come too late for Brighton’s Attree Villa as it was sadly demolished in 1972. So what went wrong?

King George IV (The Prince Regent) certainly had managed to put Brighton right on the place to be map for high society due to his extravagant lifestyle. In circa 1825, this fact didn’t go unnoticed by one Thomas Attree, who was a property owner and developer and thus he purchased Brighton Park. 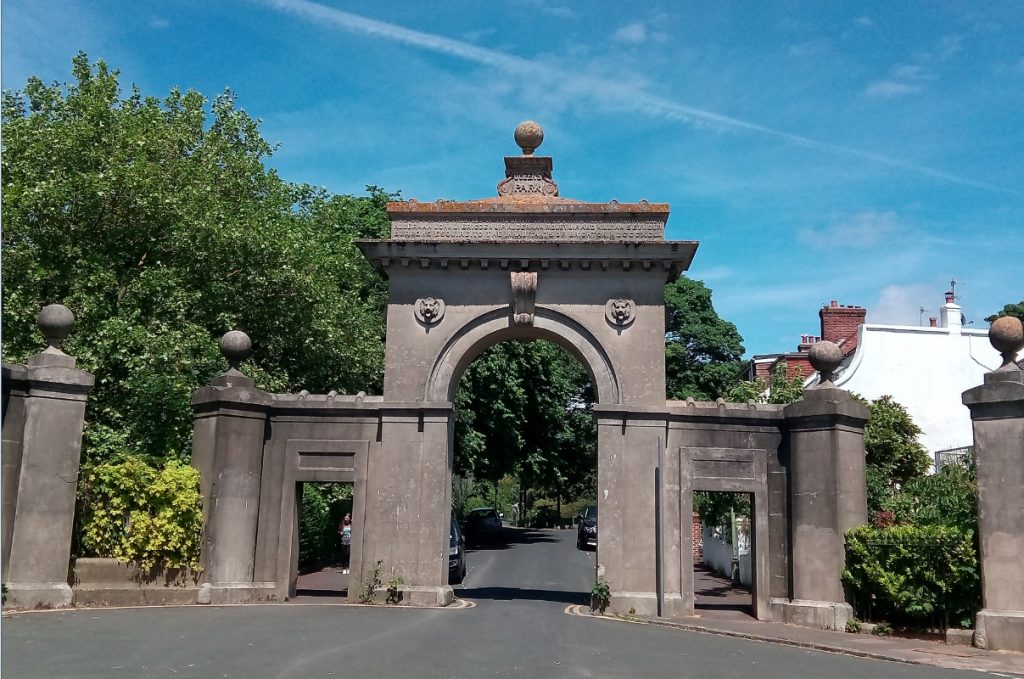 Another fine entrance into Queen’s Park

Brighton Park is nowadays called Queen’s Park, which can be entered through two fine entrance gates and Attree apparently had a vision to build a series of exquisite properties around the park. In reality only two were ever erected, Attree Villa and Cowell’s Villa.

Attree commissioned the now famous architect, Sir Charles Barry, to create his grand house. Barry (1795-1860) is best known for his role in the rebuilding of the Palace of Westminster aka The Houses of Parliament, Highclere Castle and his contribution to the use of Italianate architecture in Britain, which was modelled on 16th century Italian Renaissance architecture.

The square-shaped Attree Villa was one of the earliest examples of Italianate architecture in the whole of England and it stood within substantial grounds with a gazebo at the northern end of Queen’s Park. On Thomas Attree’s death, the property was sold in 1863 to George Duddell, a man that had made his money in Hong Kong and who produced the Hong Kong Times newspaper.

Duddell settled in nicely and continued his interest by publishing the Brighton Mail. The fascinating thing is that this newspaper was produced on a small printing works called Tower Press as it was actually inside the beloved Pepper Pot folly near Attree Drive. 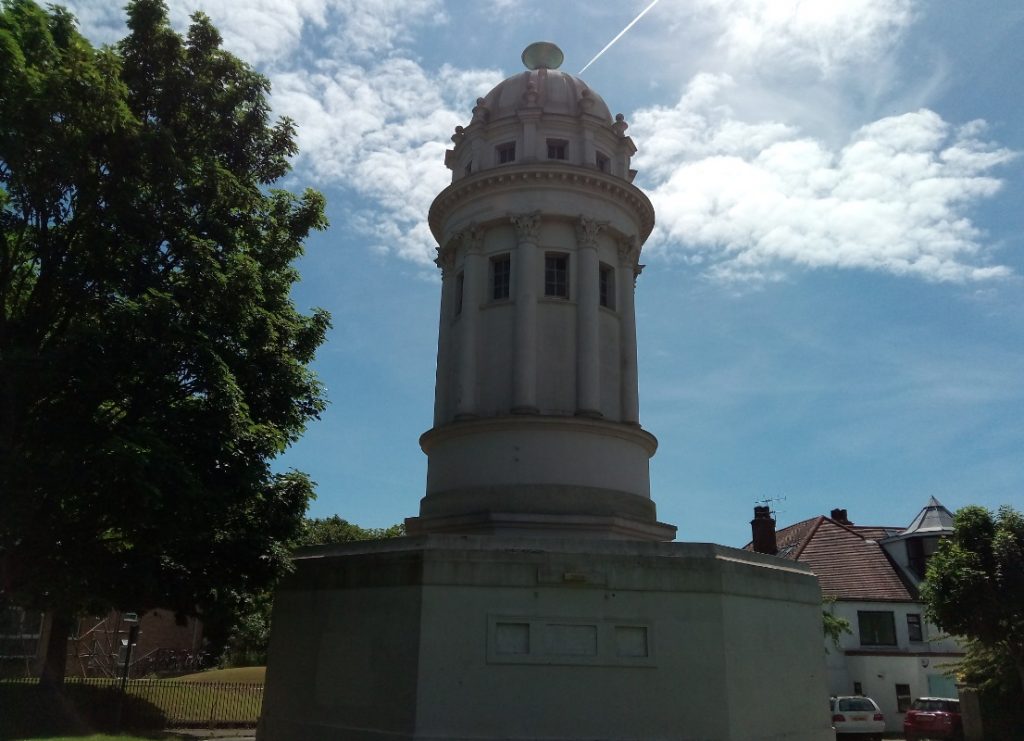 The Grade II listed Pepper Pot was designed and built by Barry in 1830 and also stood within the grounds of Attree Villa. So if you visit the Pepper Pot today you will be within the western part of the grounds where the villa once stood.

The original use of the Pepper Pot is unknown, but it was quite often the usual practice for a country gentleman to have a folly erected for his viewing pleasure. Some suggest it could have been used as a water tower as it stood above a well and housed a steam engine, others think it was an observatory, whereas a vent for the Victorian sewers beneath Brighton has also been put forward.

Duddell passed away in 1888 and alas the villa remained empty for 21 years until 1909, when ownership of the estate, which included the villa, tower and gazebo, transferred to a college for Catholic boys called Xaverian College. The college ran for 57 years but closed its doors in 1966 – a great year in footballing terms. It was then that this wonderful villa became vandalised and dry rot with wet rot fungus set in. The Department of the Environment stated that the restoration of this outstanding Grade II listed building would cost up to £150,000, which was quite a sum in those days and thus it was sadly demolished by the council in 1972. 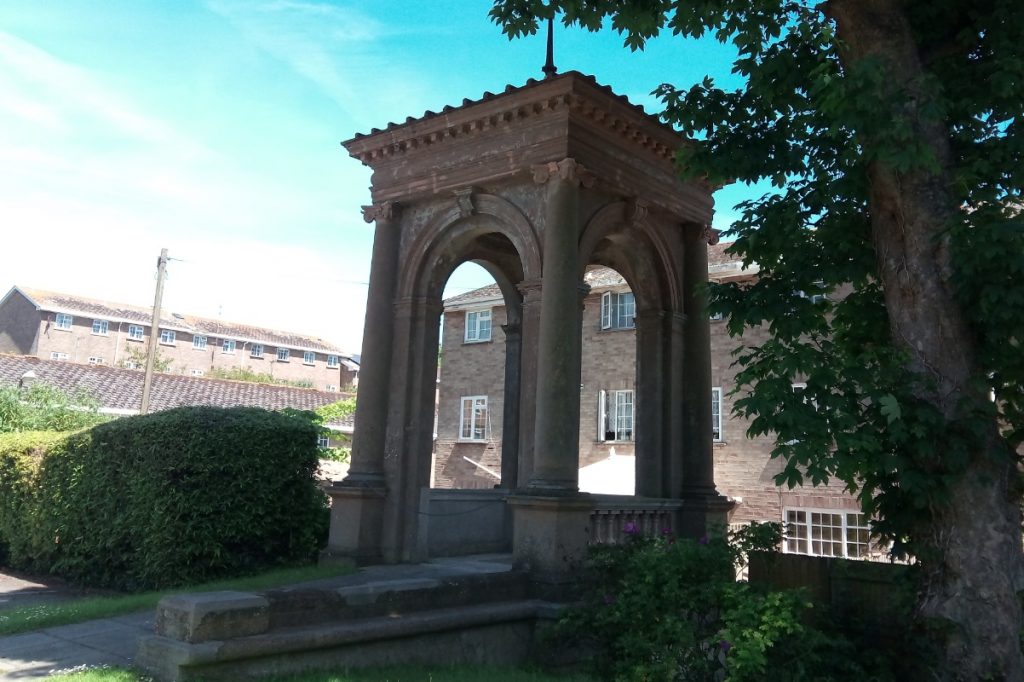 All that now remains is the gazebo which now stands forlornly in Carn Court and magnificent Pepper Pot, which has been an observation post in WW2, the headquarters of a Scout troop, a public toilet and what I think it should once more become – an artists studio.

The Friends of the Pepperpot Group volunteers were formed in 2010 because they believe the building has great value as a heritage asset and as a local landmark. They work with Brighton Council and others to try and reverse the decline of this unique historical building. I would truly love to be allowed a visit inside this building as part of the Heritage Open Days from 7th – 10th September 2017 – hint hint! 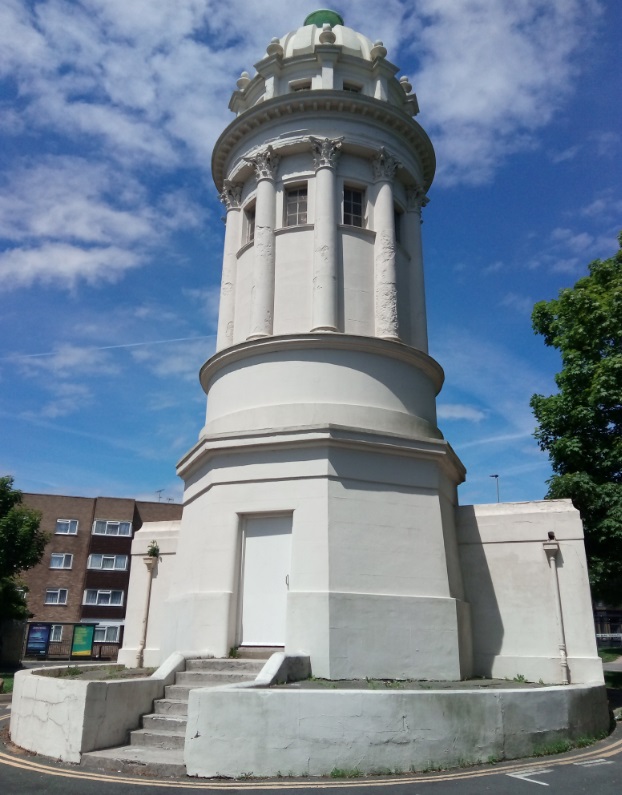 What use next for the Pepper Pot?