Temporary changes are being proposed to school catchment areas in Brighton and Hove to cope with the bulge in pupil numbers.

The catchment area for Dorothy Stringer and Varndean School will shrink further.

Some students will instead find themselves in the catchment areas for Longhill and Patcham High. Others will be in the Blatchington Mill and Hove Park catchment area.

Pupils at the other end of the current Blatch and Hove Park area will be included in an enlarged catchment for the Portslade Aldridge Community Academy (PACA).

Cardinal Newman and King’s – both faith schools – are unaffected by the latest proposals from Brighton and Hove City Council.

But on past form, a number of parents are expected to lobby the council about the changes during a consultation which is scheduled for the autumn.

The council is under a legal duty to keep catchment areas under review. It said that its proposed changes were “light touch”, with Brighton University expected to open a free school for secondary pupils on the Brighton General Hospital site in September 2019.

The catchment changes will affect children who will start year 7 in September 2019.

The proposals are due to be debated by the council’s Children, Young People and Skills Committee in 10 days’ time – on Monday 18 September.

The council said: “The proposals have been recommended by the city’s cross-party working group on school admissions following detailed discussions by all three political parties.

“They have also been considered by a working party of local head teachers and school governors.

“The cross-party group is suggesting a temporary change to the catchment areas because of the decision by the Education and Skills Funding Agency to delay the opening of the new secondary free school.” 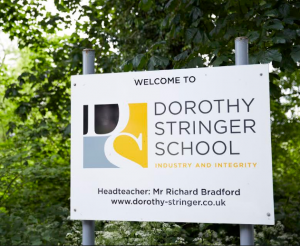 Labour councillor Dan Chapman, who chairs the Children, Young People and Skills Committee, and Conservative councillor Vanessa Brown, the main opposition spokesman, said: “We want to be able to offer families greater clarity about which secondary school their child may go to.

“Our catchment area based system has largely served the city well since it was introduced in 2008.

“However, increases in secondary pupil numbers mean some catchment areas no longer have enough places for each child in their area.

“Until the new school opens we need to make light-touch temporary adjustments to our catchment areas to make things work better.

“Whatever proposals are put forward by the forthcoming committee will be subject to extensive public consultation before a final decision is made in the new year.”

Some of those working in secondary schools are concerned about whether the opening of the new school will mean that there are too many places.

Their concerns appear to be borne out by an analysis published recently by the Local Government Association, using Department for Education figures. 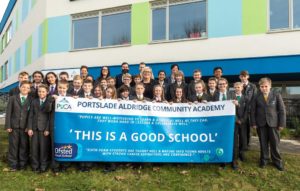 While some areas face a shortfall of secondary school places, Brighton and Hove appears to have spare capacity.

There are currently 14,686 state school places for 11 to 16-year-olds, according to the figures, and an estimated 12,392 pupils in the current school year.

The forecasts extend to 2022-23 when Brighton and Hove is expected to have a peak of 13,716 secondary school students, leaving 970 places – or about 7 per cent – going spare.

Dorothy Stringer head Richard Bradford, who chairs the Brighton and Hove Secondary Schools Partnership, said: “Head teachers in the city are aware that the increase in student numbers across the city over the next few years may be a bulge and numbers will fall again in 2022 and 2023.

“We are concerned that when numbers of students fall many schools will be undersubscribed, especially if the proposed new academy is built.

“This will affect the viability of existing schools especially in times of very difficult budgets. 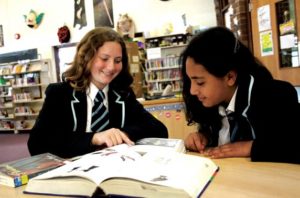 In a joint statement Stringer head Mr Bradford and Varndean School head William Deighan said: “The proposed changes in the consultation to the Varndean/Stringer catchment will affect some families in our community.

“We have worked together over many years to build strong relationships with our community and our feeder primary schools which will be impacted by this proposal.”

Blatchington Mill head Ashley Harrold and Hove Park head Jim Roberts said: “The quality of the secondary schools in Brighton and Hove is excellent and having enough local school places is clearly vital.

“Blatchington Mill and Hove Park have been working for over a year to develop a joint sixth form offer – partnership work that has raised standards and maintained choice for students who favour a school sixth form environment.

“This future partnership is likely to develop further school place capacity within the Blatchington Mill and Hove Park catchment areas and will help to ensure that there are enough school places available in the shared catchment area in order to meet the need of local families.”

The council said that its proposals were intended “to reduce pressure on school places in the city’s catchment areas”, adding: “They have been deliberately designed to be as ‘light-touch’ as possible and to take into account as many factors as possible including accessibility and travel times.

“With regards to the Blatchington Mill / Hove Park catchment area, a section to the west of the catchment area would be incorporated into the Portslade Aldridge Community Academy catchment area. 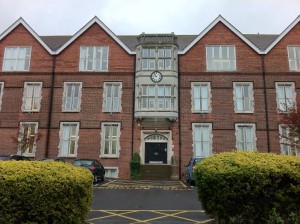 “The city’s two secondary faith schools, Cardinal Newman and King’s, have their own admissions arrangements and are not affected by these proposals.

“The University of Brighton Academies Trust is expected to open the new Brighton and Hove Academy at the Brighton General Hospital site in September 2019.

“It is anticipated that this school will open without a catchment area in the first instance, using home to school distance instead as a tie-breaker to prioritise applications if they are oversubscribed.

“The proposals under discussion would run for two years, starting for Year 7 starting in September 2019.

“The council has legal duties to

“It is not possible to guarantee a place at their catchment area school or schools.

“However, government guidelines say parents should be able to look at a set of arrangements and understand easily how places for that school will be allocated, which would be achieved by making these temporary light touch changes.

“Where possible, the proposals ensure that catchment boundaries follow natural boundaries such as roads and incorporate complete postcodes.

“By law admissions arrangements have to be agreed 18 months in advance. So decisions about school admissions for September 2019 need to be made by early 2018.”