1) Who was the most significant previous top flight Albion scorer? Terry Connor’s goal that also provided the previous top flight win against Coventry in April 1983? Gordon Smith’s consolation for an already relegated Albion at Norwich three weeks later on Saturday 14 May 1983? When most of the Seagulls players in the pre-large squad days avoided any type of physical contact with the opposition as they prepared for the match of their lives a week later. Or Gary Stevens’s leveller in that Cup Final? Albion weren’t technically a second division club until they kicked off at Oldham three months later.

2) The accolades John Motson paid the club in his Match of the Day commentary. Earlier in the day the club presented Motty with a signed  Albion shirt with 50 on the back.

3) At the time of writing the Seagulls are in 14th place in the Premier League, the highest League position the club has been in since 1982. The Albion were in the relegation zone for most of 1983.

4) The noise the Amex generates. A superb atmosphere from start to finish. The Albion’s support was commented on by John Motson, Tony Pulis and Jeff Stelling.

5) Brighton and Hove has been lifted by the Albion. Many of us can (just about) remember the excitement and anticipation generated by the club’s last foray into the top division of English football. It’s as if those more innocent, carefree and easygoing days of the early Eighties are back with us. Maybe my hair will grow back! 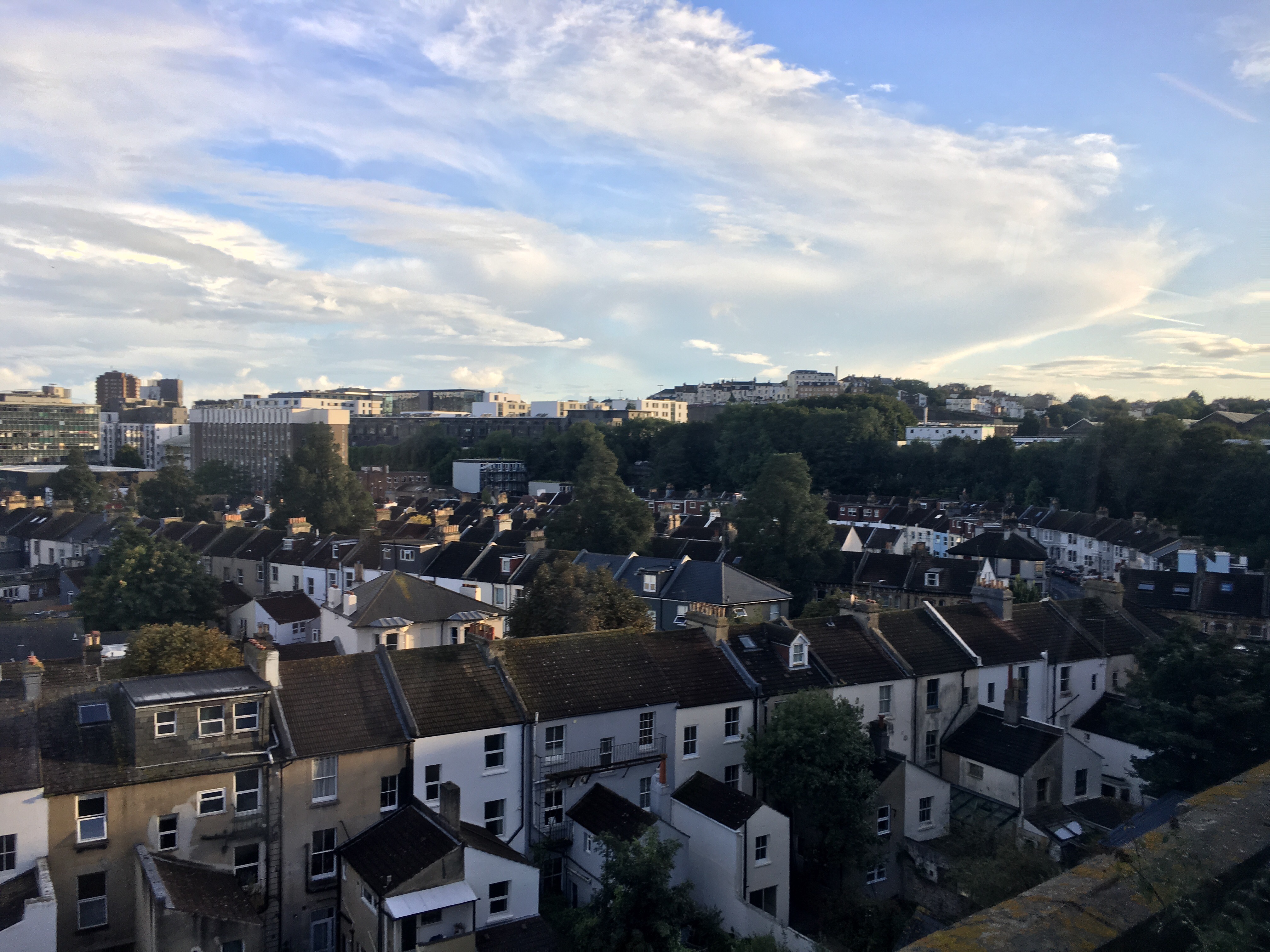 I wonder how much this view, taken from London Road viaduct yesterday, has changed in the last 34 years?

You can almost picture the glass animal man!