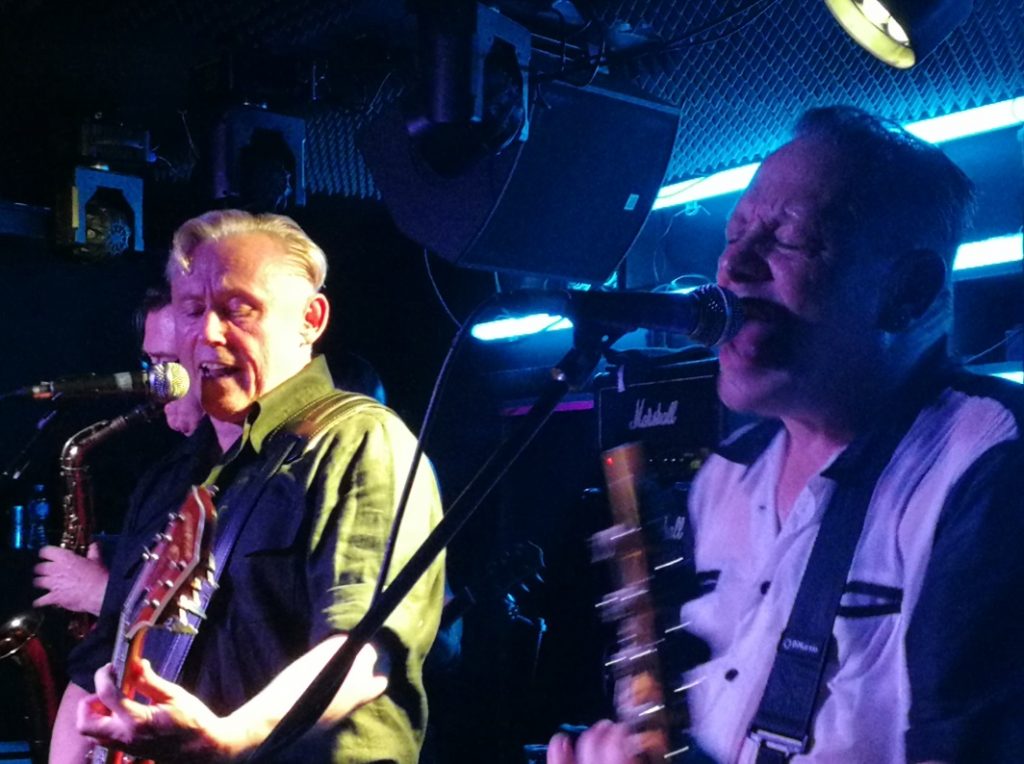 Theatre Of Hate at Patterns in Brighton 7.10.17

I was rather excited about the possibility of seeing the awesome Theatre Of Hate playing live in Brighton again, as I was a fan right from the off, when they (Kirk Brandon, Stan Stammers, Luke Rendall, Steve Guthrie and John “Boy” Lennard) released their very first double-A-sided record “Original Sin”/”Legion” way back in 1980 and it successfully topped the independent singles chart.

Theatre Of Hate had risen from the ashes of heralded punk band The Pack and now they were on a mission to spread the word right across the Westworld. In fact ‘Westworld’ was the name of Theatre Of Hate’s debut album, which came out in 1982 and it held onto the No.1 independent album position for a massive 21 weeks! ‘Do You Believe In The Westworld?’ was the single culled from the album and it has over time become an anthem and is still widely played on international radio and in clubs, as well as featuring on numerous compilation albums.

I can recall seeing Theatre Of Hate perform several times in Brighton back in the early days. They had so much energy and were a force to be reckoned with, it seemed that they were a mainstay at the Top Rank Suite (ahhh fond memories) during 1981 and 1982, but I am pretty sure that I had possibly also seen them at Jenkinson’s (ahhh more fond memories) next door as support to Killing Joke at the tail end of 1980 too. 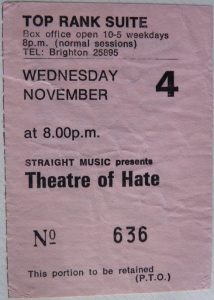 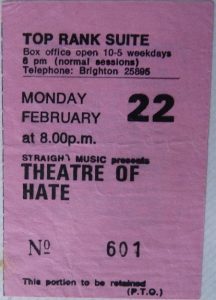 In fact, I can even remember seeing Kirk Brandon several times in and around Sydney Street in Brighton, as I think that his girlfriend was working in or owned a (clothes) shop along that street. He used to walk along with his push-bike in tow, not very rock’n’roll but no doubt would have please Caroline Lucas if she had known!

However, the same year as their well-overdue debut album arrived, Kirk and Stan had decided to move on and formed the slightly more chart-friendly Spear Of Destiny. 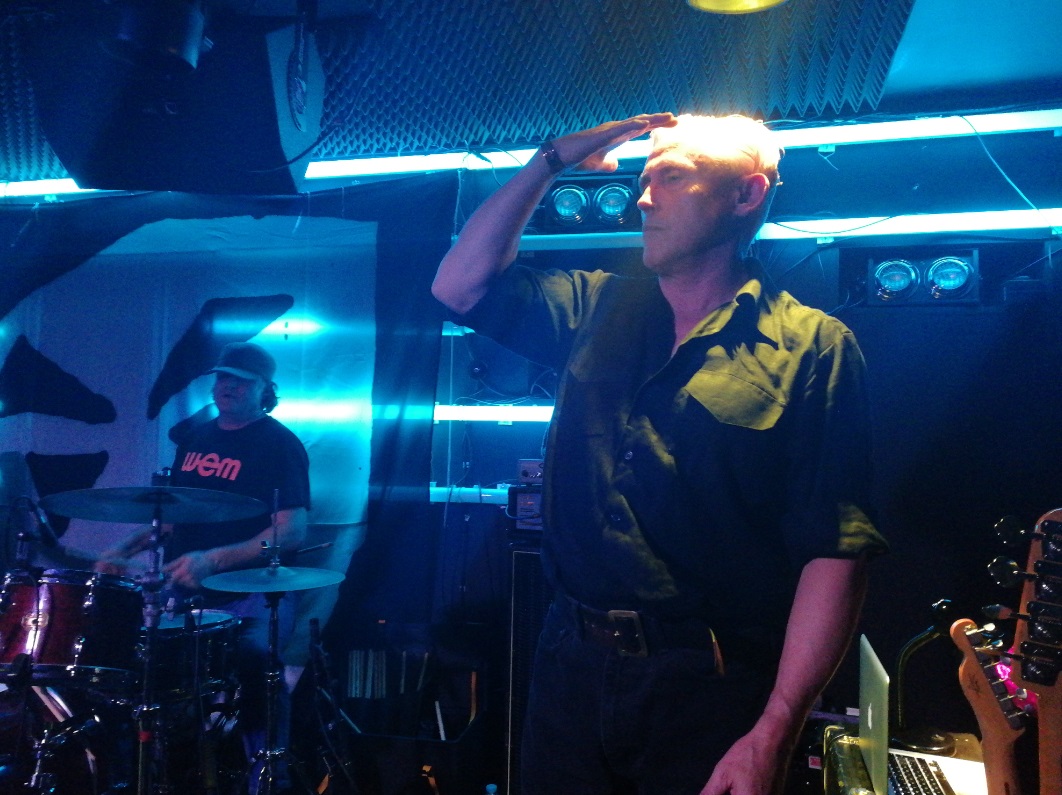 Wind the clock forward to 2014 and Kirk had successfully resurrected TOH from the ashes and they performed a six night sold out run of shows in London, followed by more dates in 2015. Then came their first studio album in more than 30 years. Titled ‘Kinshi’ (which I believe means ‘prohibition’ and ‘ban’ in Japanese) it was released (via a successful private pledge) on October 14th 2016 on CD, Vinyl, Download and Dub to pledgers. The dozen brand new songs are simply top form and 5 of them got an outing tonight!

2017 has been a very busy year for the current line-up of Kirk Brandon, Stan Stammers, John “Boy” Lennard, Adrian Portas (from Spear Of Destiny & New Model Army) and Chris Bell (Hugh Cornwall’s drummer), especially this month (October) as they have no less than 17 shows planned in the UK, Europe and the USA and tonight Patterns in Brighton is the second night of the tour.

It’s amazing really that after all this time and that everything that has gone on in Kirk’s life since he originally formed TOH, that today they still sound exactly the same as they did then. However, the sound still sounds fresh and relevant today and has not (in my opinion) aged. I mean Chris Bell’s drumming tonight was tribal indeed and any young drummer wanting to know how it’s done so to speak, should look no further than this man. He expertly held the 18 tracks on display tonight and his fellow cohorts were in synch. 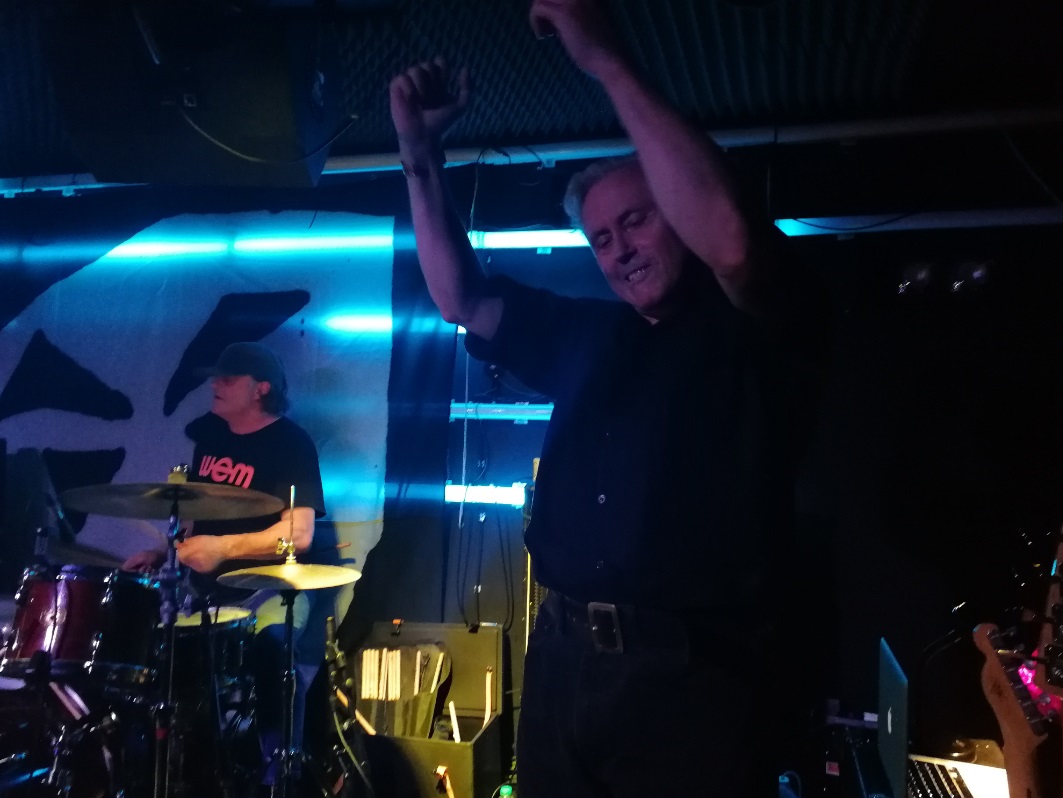 Kirk was expertly voicing his punk warblings whilst doing his own jerky movements not a million miles away from the legendary Ian Curtis. Stan the man was strutting around like a punk peacock axeman and the other guys were right in there musically with their chums.

The packed enthusiastic Patterns crowd were treated to five new tracks from ‘Kinshi’ plus TOH classics including 63, Original Sin, Legion, Rebel Without A Brain and mainstay encore classics ‘Do You Believe In The Westworld?’ and ‘Propaganda’. But where was ‘Conquistador’? 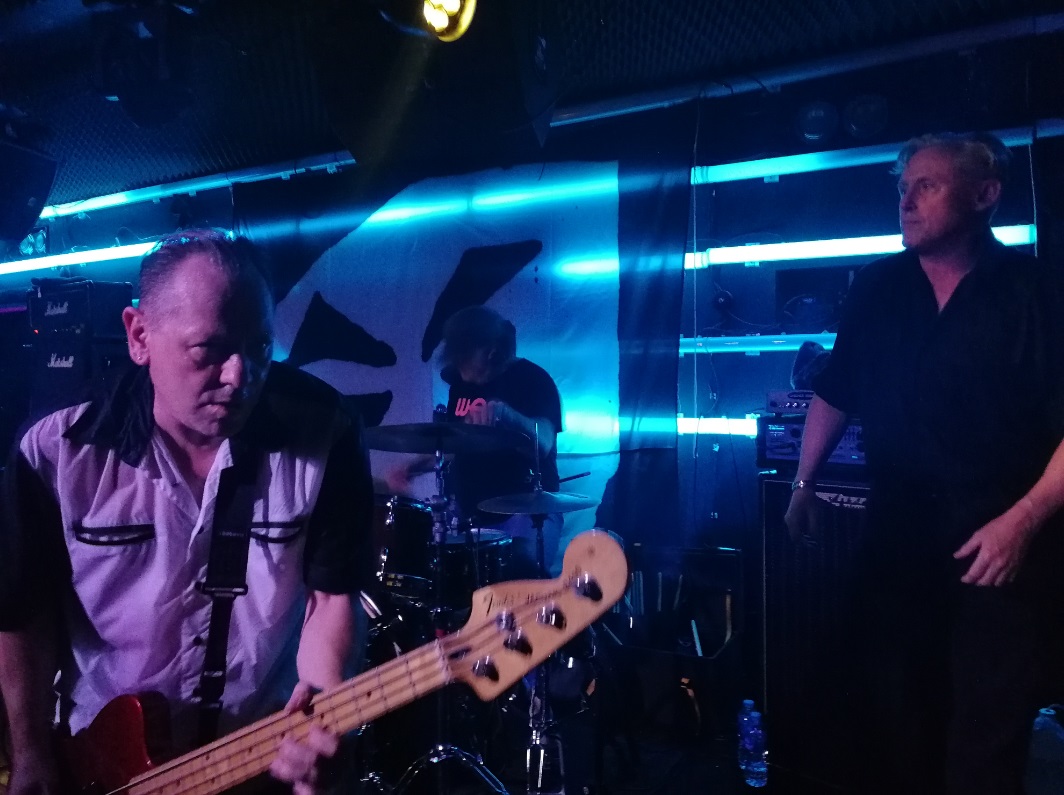