A teenager suspected of breaking into three homes is being hunted by Sussex Police. 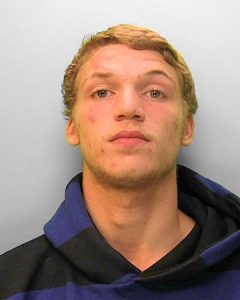 Sussex Police said: “Police in Brighton are searching for 18-year old Joseph Randall, who they want to interview about three recent house burglaries.

“Two were in Milner Road and one was in Barcombe Road.

“Randall, who is described as white, 5ft 8in and of medium build, with green eyes and blond hair, is still believed to be in the city and anyone who sees or has any other information is asked to contact the police online or by calling 101, quoting serial 364 of 23/09.