An inquest date has been set for a Brighton man who died after suffering an electric shock while trying to fix his stepbrother’s computer.

A coroner will aim to establish how 25-year-old Aron Duplock died when an inquest is held on Monday 4 December at Brighton and Hove Coroner’s Court, in Woodvale, Lewes Road, Brighton. 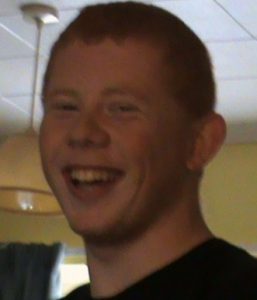 At a pre-inquest review today (Thursday 19 October) the coroner’s court was told that Mr Duplock had suffered an electric shock once before.

His stepbrother Paul Brown said that he had plugged in something when he shouldn’t have but it wasn’t a major shock.

Mr Duplock’s death was reported in June after he had gone to his stepbrother’s home in Downland Drive, Hove, to help fix his Acer Aspire computer.

A paramedic, Rachel Lavender, from the South East Coast Ambulance Service (Secamb), had raised concerns about a possible delay.

The assistant coroner said that her job was to establish who had died, where, when and how – but not why because she was not allowed to suggest criminal or civil liability on anyone’s part.

She said that Sussex Police had interviewed Mr Brown and his partner Amanda Cutler and that the computer had been forensically examined.

The assistant coroner said that she would explore Mr Duplock’s relatively short medical history, adding: “He was fit enough to be in the army.”

Members of Mr Duplock’s family were present including his father Perry Duplock and his mother Viv Slark.

After Mr Duplock died, Mrs Slark said: “He was very jovial, he would crack a joke with anyone. His friends have messaged to say how upset they are about him passing.

“Everyone who knew him loved him.”