Traders in the West Pier arches divided over Jaguar event

An event promoting Jaguar 4x4s by the i360 has divided opinion amongst traders in the West Pier arches. 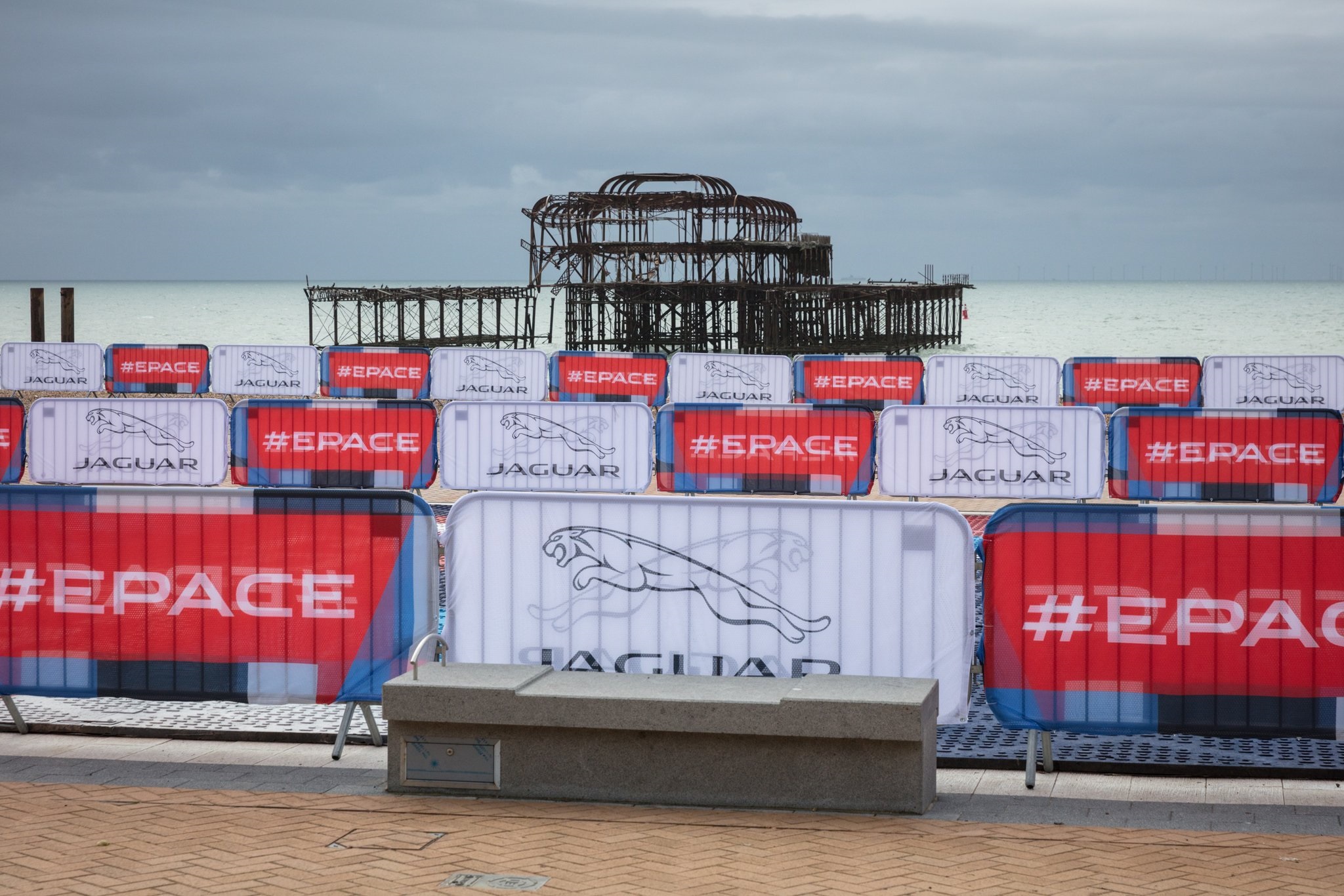 Photographer Finn Hopson, who runs Brighton Photography from one of the units there, says fencing off the area for seven days is restricting access to his business.

But other traders believe it will increase footfall, and have welcomed the event space being used.

Mr Hopson, whose business made a loss last year after months of repaving work outside the arches, said: “So far we had a three month overrun on the build that led to us making a loss in the first part of the year, followed by no events at all until now, and this one is designed is such a way that all it does is make it harder for people to get to us. It’s manifestly not supporting us at all so far.

“It’s not the view, it’s the access. There’s three layers of branded fencing between us and the beach now. Stuff like this equals no customers. It’s hard enough to get this space to work without this miserable rubbish.

“There’s a huge problem with traffic on the beach anyway. There’s necessary but constant construction traffic and increased deliveries due to new businesses. I can’t let the girls play outside the gallery because there’s so much traffic.

“Promoting cars on the beach seems pretty dim really. It’s so they can drive some journalists round in a pedestrian space to demonstrate how well their new 4×4 handles pavement.

“There’s plenty of other more appropriate spaces for it. You’re not allowed to cycle along here, but if you want to drive 4x4s, the council will fence it off for you.

“The council didn’t tell any of the traders here that any of this was happening. And if you delve into the minutes of the council meeting where the original budget for this ‘event space’ was signed off. It was explicitly mentioned that the idea was to hold events that would support the existing businesses.”

But Ann Sawicki from the cad-eau gift shop said: “We are very happy about something happening in the events space.

“I don’t think it’s going to restrict access. I think Jaguar is being very considerate about the shops and it’s not spoiling the view to the sea.

“I personally think it will increase footfall because people are curious and want to find out what’s happening here.”

A council spokesperson said: “The Jaguar promotion we have authorised on the seafront is taking place on a designated event space and is not blocking the prom.

“The promotion is very high profile and is due to attract journalists from all over the country. As such it is, as the saying goes, the kind of great publicity for our city and seafront that money can’t buy.

“In these times of severe budget pressures the income we are able to generate from such events and promotions is very important to the council.

“We’ve generally had good feedback from traders on this event, but we’re sorry that it has displeased Mr Hopson.”