The worst of today’s high winds are expected to hit the south coast overnight the Met has warned this morning, as a yellow be aware weather warning starts. 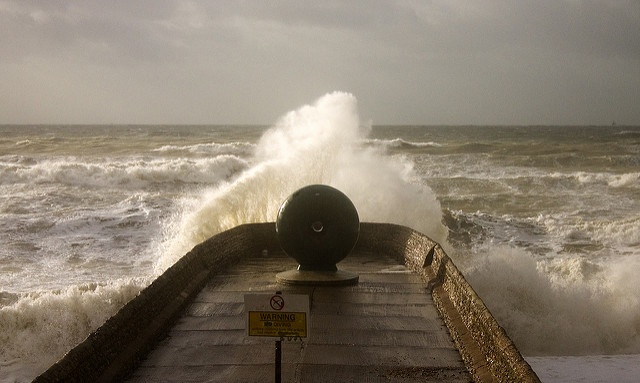 The warning, which says that disruption to transport is likely, began at 10.40am this morning and is in place until 7am tomorrow.

The BBC weather forecast, which is supplied by the Met Office, currently says that the highest winds at 51mph are expected at 2am, accompanied by heavy rain. The Met Office warning says coastal gusts could reach 70mph.

The warning says: “Strong winds are expected to move east across England and Wales during Wednesday then gradually recede southeastwards on Wednesday night, finally easing from the southeast of England around dawn on Thursday.

“Some delays to road, rail, air and ferry transport are likely whilst outbreaks of rain, occasionally heavy, will add to the difficult travel conditions.

“Over southern coastal areas and high ground gusts of 70 mph are possible, particularly over the mountains of Wales and Moors of southwest England on Wednesday morning and afternoon and then around coastal areas of the southeast of England overnight into Thursday.”