The University of Brighton has denied it has any plans to close its Eastbourne campus following claims from a union it is planning to base itself entirely in Brighton. 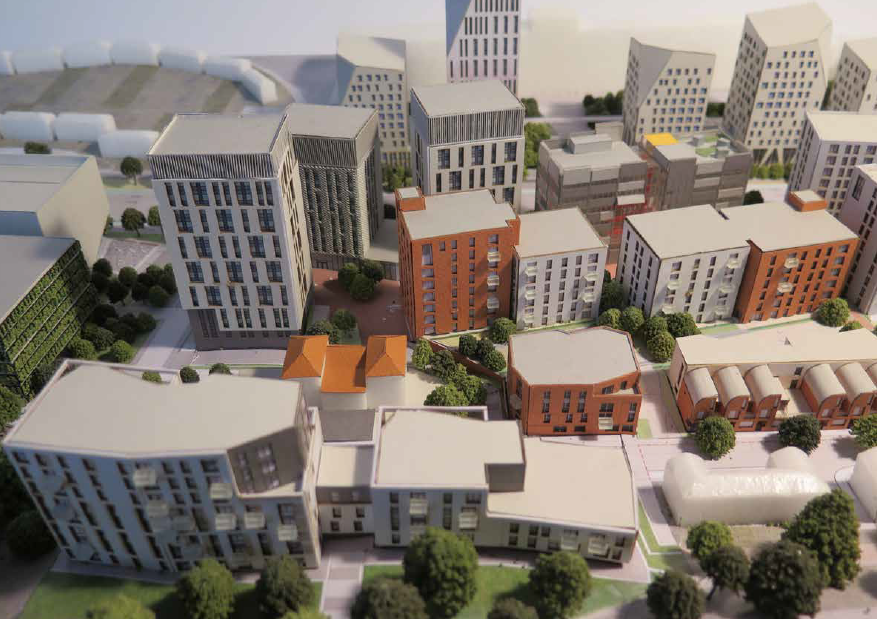 Could the Eastbourne campus be moved to the Preston Barracks development?

The lecturers’ University and Colleges Union (UCU) has called a strike tomorrow and Friday over compulsory redundancies at the university, which it says are just one of the many concerns its members have about how it is being run.

Just two members of staff are facing compulsory redundancy – but the UCU says this is in breach of a “no redundancies policy” which it says has been maintained by the University of Brighton (UoB) for 25 years.

It follows the departure of 90 staff in September after a voluntary severance scheme, which the union says has led to the closure of the UoB’s foreign languages department and the loss of a £500,000 research grant.

And it says both students and staff are worried a new £300million building project on Lewes Road is a prelude to the closure of the Eastbourne campus, following last year’s decision to close the Hastings campus. The UoB insists no such plans exist.

Chair of the UCU Coordinating Committee, Dr. Mark Abel said, “The UCU objects to more staff being forced out of their jobs given the number that have already left. The University is not overstaffed.

“In some cases the work of those who have left is now being done by temporary hourly-paid lecturers. It is a casualization of the teaching staff with adverse effects both for students’ education, and for the contractual terms of staff.”

Dr Nadia Edmond of the School of Education at Brighton added: “It seems that the management’s goal is to increase the annual profit of the institution whatever the cost to the quality of the education we offer to our students. That is simply unacceptable.”

However, a university spokesman said: “Members of the University Executive Board met with UCU this morning as part of ongoing discussions regarding two members of staff who are regrettably at risk of redundancy.

“It is clear from their actions that UCU has been intent on taking industrial action for some time despite the good progress in discussions which has reduced the numbers of staff at risk of redundancy from 22 to two.

“This unjustified industrial action is counter-productive, will only damage the experience of students, and we regret the direction the UCU has chosen to take. We have acted in good faith throughout and remain open to dialogue at any time.

“The university will be open for business as usual and we will be doing everything possible to minimise the impact on our students.

“We can confirm that there are no plans to close our Eastbourne campus.”

Following the one and a half day strike, the union is asking its members to “work to contract” from Monday. And it threatens another two-day strike in December and more strikes in January if there is not a settlement.

It says thousands of students will be affected by the cancellation of lectures and seminars, and the absence of pre and post-essay tutorials. Many of the University’s research seminars will also be affected.

The action follows a ballot of UCU members which returned majorities in favour of action of more than 85%.