League of their own? Tonight was one of those nights which turned out to be much better than anticipated. My mate and I were rather elated how the evening panned out. We were at Patterns (formally known as Audio and the Escape Club) located virtually opposite Brighton Pier on a wet swirly Saturday night, but this surely didn’t dampen our spirits.

On the bill tonight were the controversial Anti-Nowhere League with The Ramonas in support. The proceedings were kicked off by The Ramonas, but more about them later. Tonight’s headliners the Anti-Nowhere League have during their time courted controversy and I have to say that I was a little dubious whether the gig would go off OK or whether the crowd would be a little too lively for my liking – if you catch my drift. Needn’t have worried, the punters were a friendly bunch, that were solely up for having a fab Saturday night.

The League have been somewhat tarnished by certain misunderstandings ever since they formed way back in 1980. Like the lyrical content of arguably, their most famous ditty ‘So What!’, (featured as the b-side of their debut single ‘Street Of London’, which incidentally name checks Hastings, Brighton and Eastbourne) was delivered in a believably depraved style by tattooed lead singer Animal, thus came to the attention of the Obscenities Squad and they seized the unsold copies. The subject of the song was actually gained from a pure flights of fancy one-upmanship conversation by these two merry geezers in a pub.
Once you understand that the League at times poke fun at people and the system (as does Peter & The Test Tube Babies – Pete was in attendance tonight), then you just accept the daftness of the situation. 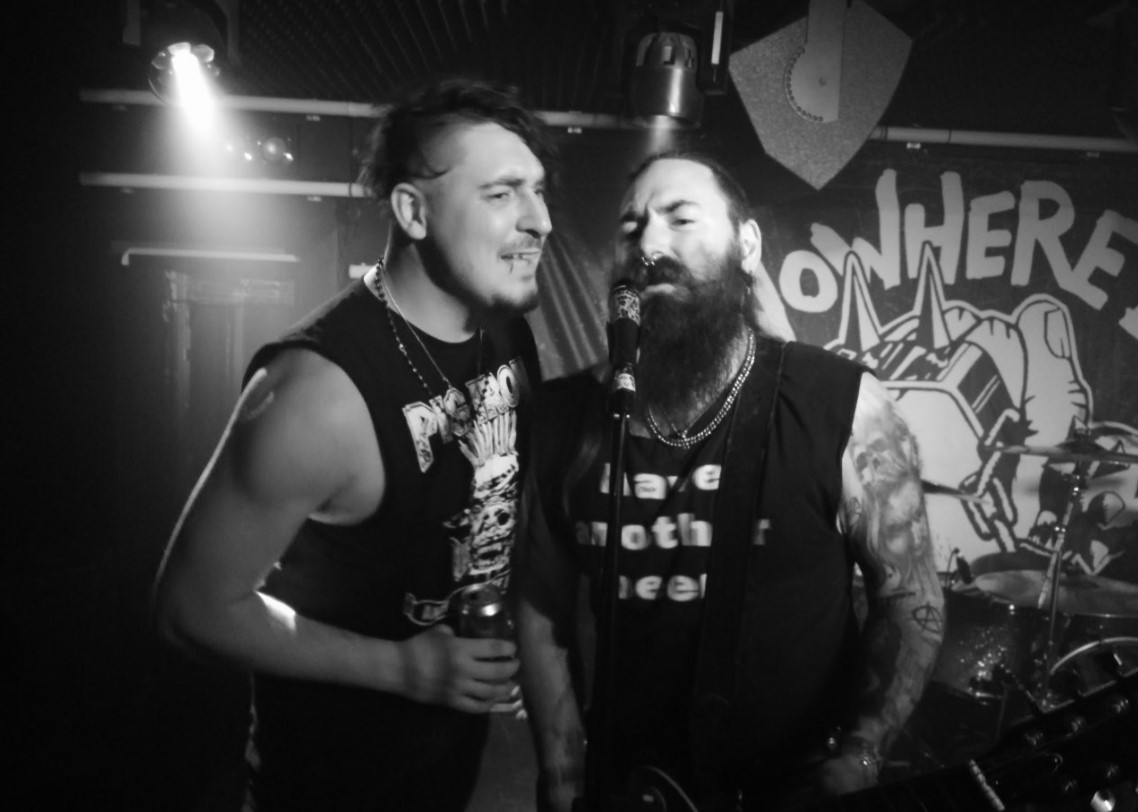 The current line-up of the band reads, singer Animal aka Nick Culmer, Shady on bass, Tom Hunt on guitar and ‘Crazy’ Sam Carnage on drums. I hadn’t seen this incarnation of tonight’s band before and I was pondering whether they would be able to compete with the original line-up that I witnessed live several times back in the day, before and during the launch of their debut No.1 Independent Chart Album ‘We Are…The League’.

Nine months prior to launch of that album, I caught the band live at the Lyceum, London on 24th May 1981 (with Chron Gen, Anti-Pasti, The Exploited and Discharge) and today this remains one of the very best concerts that I have ever attended.

Over the past few years, the League have been given several boosts from the heavy metal fraternity, when Metallica covered ‘So What!’ and The League toured with Motorhead and Rancid. Animal didn’t mind the assistance as he is into his motorbikes and indeed was sporting a chunky Triumph belt this evening.

Their look these days does appear more heavy rock than punk, but Animal hasn’t really altered that much in the past 40 years, unlike most of us. However, I can’t imagine him nowadays going shirtless and wearing heavy bike chain across his body. Not the sort of behaviour you would expect from a granddad. 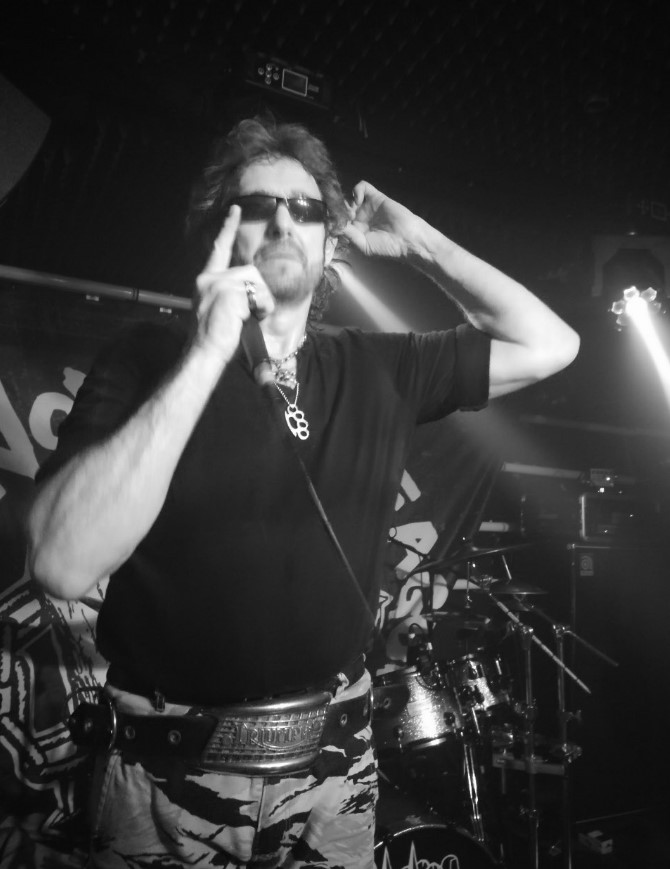 The Patterns crowd were treated to an initial 16 track set followed by a 5 track encore and they loved it. The mosh pit at the front were going mad. Respect goes to young lass Maria, who battled with the boys in order to take some decent photos of the band as souvenirs of the night – I trust that they came out well after all the argy-bargy?

Surprises from the evening for me would be ‘So What?’ being played mid-set and not at the end and that sadly there was no sign of crowd favourites ‘Animal’, ‘Snowman’ and ‘Reck-A-Nowhere’, plus the fact that they also covered Del Shannon’s ‘Runaway’.

Highlight tracks for me were the first two encore tracks ‘For You’ and ‘Pig Iron’. See the full setlist below. 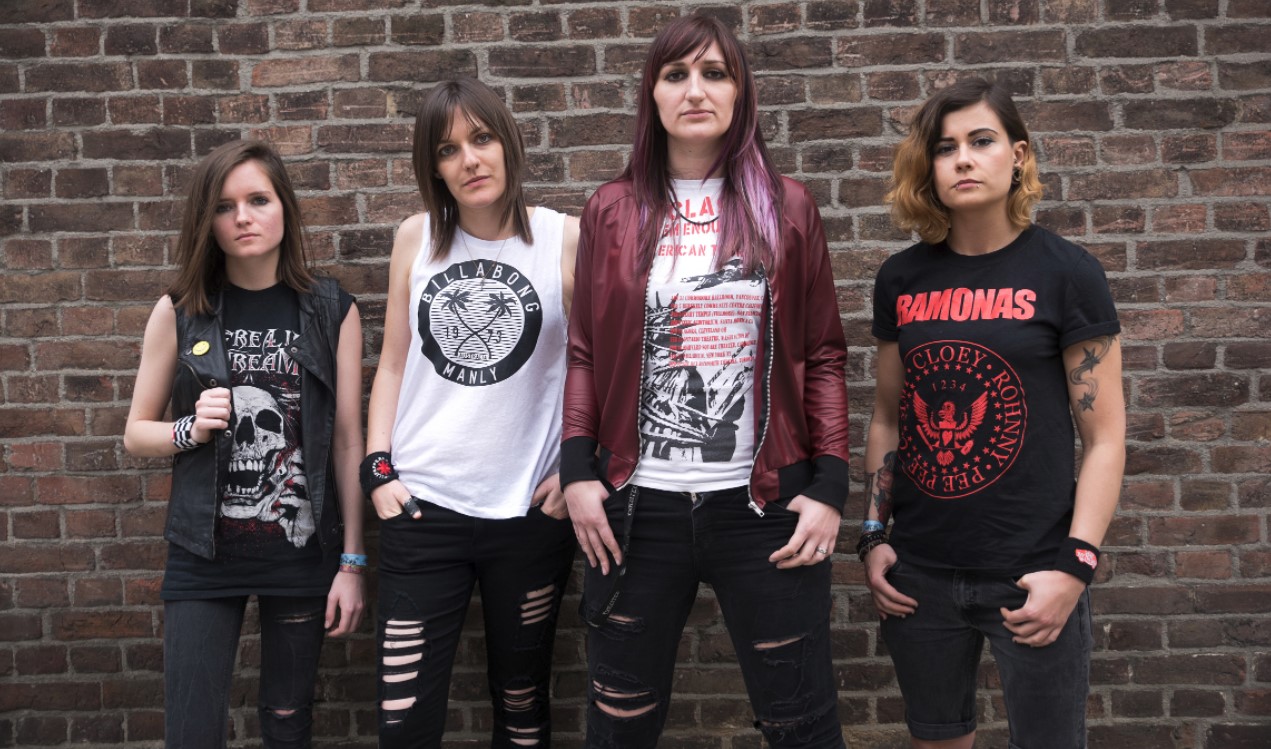 The girls who originally formed in 2004, usually specialise paying homage to everyone’s iconic New York punk Gods – The Ramones, who alas are sadly no longer with us. The Ramones legacy seems to be growing with time. Even the AO advert on tv is introducing a new generation to their distinctive sound and walking down the high street you will frequently see late teens sporting the timeless round Ramones logo on their t-shirts. So you easily understand why Ramones tribute bands spring up and why others cover their songs. Just like Japanese Shonen Knife (who incidentally are performing at Patterns on Saturday 7th April), who released their ‘Osaka Ramones’ covers album in 2011. The Ramonas are a razor sharp, high energy, full throttle live band that barely stop in between songs, with a 1-2-3-4 and they’re onto the next hit. This was all the more impressing especially tonight, as singer Cloey, was nursing a poorly arm as a result of a gym accident.

Since 7th November 2016, the girls have been releasing their own original material and tonight was one of those gigs where the ladies were plugging their own tunes. I for one was a little edgy about this, having seen them perform their Ramones tribute set up at The Albert (in Brighton) a while back, I was unsure as to how their own compositions sounded. Silly boy! Needn’t had worried! Amazingly, I actually preferred them! Yes I know that will more than likely be a controversial statement, but after their set, I had to convey my congratulations to poorly soldier Cloey. 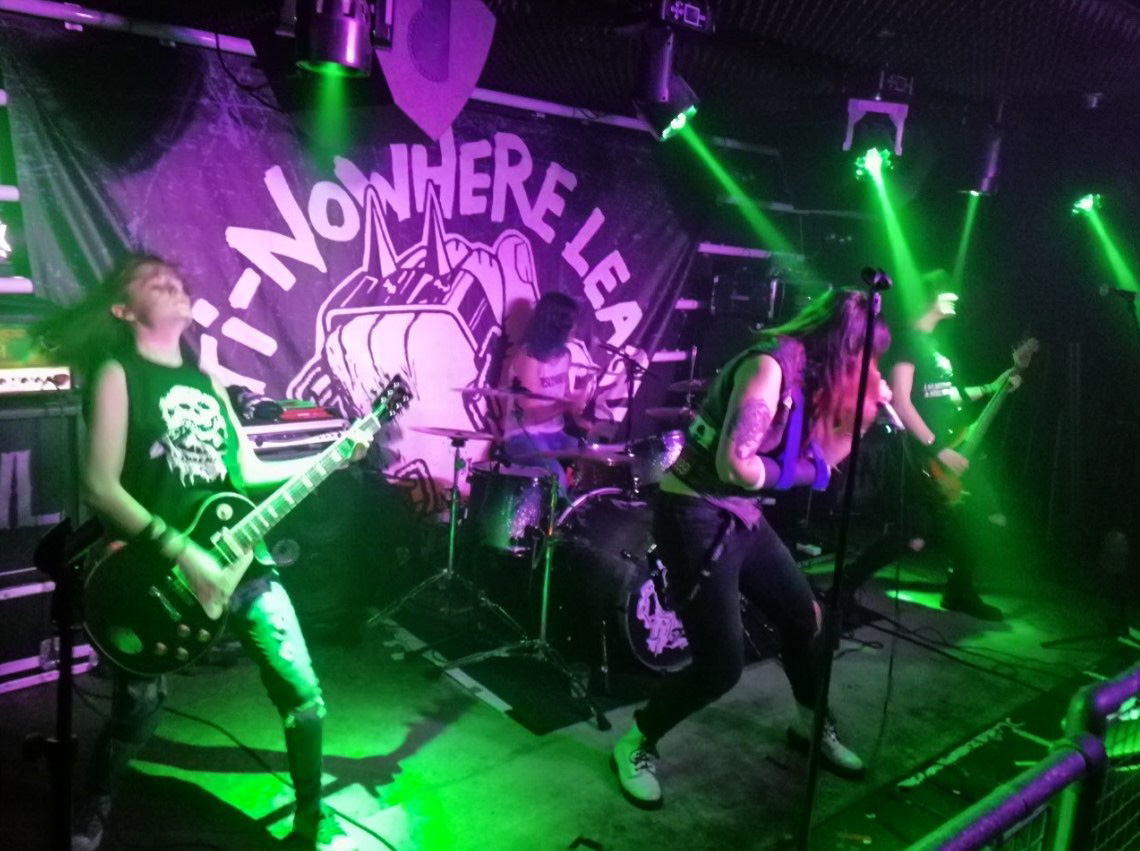 They girls whizzed through their 15 song set, which culled virtually all of their own released material from their 2016 ‘You Asked For It’ 5-track EP and their 2017 14-track debut album ‘First World Problems’. (Note to vinyl geeks – snap up one of the limited edition 300 yellow vinyl copies!). I would very like to see both acts again and to the relive the emotions of truly feeling that you are alive as you jump about in the mosh pit!
Luckily enough, the Ramonas are playing the Con Club in Lewes on Sunday 25th February. Grab your tickets here: http://www.wegottickets.com/event/425018 and here: https://www.seetickets.com/event/the-ramonas/lewes-con-club/1151849