Another Brighton doctors’ surgery to close

Another doctors’ surgery in Brighton is to close with the loss of Meadow Parade, in Rottingdean. 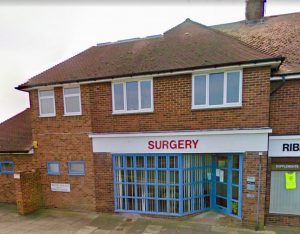 Villagers have been concerned about the potential loss of their surgery for some time, with hundreds signing a petition calling for Meadow Parade Surgery to be saved. There was concern last year when the surgery hours were reduced.

This afternoon (Thursday 28 June) a protest about the closure is planned as the first of two consultation meetings is due to take place.

The practice, with a patient list of more than 10,000 patients, is a branch surgery of the Saltdean and Rottingdean Surgery, in Grand Ocean, Saltdean.

The surgery’s closure is at least the tenth in Brighton and Hove since the start of 2015, prompting a feature article on the situation locally in Pulse, the national publication for GPs (general practitioners).

One patient, Andy Wilson, who started the petition to try to save the practice, on the 38 Degrees website, wrote yesterday (Wednesday 27 June): “I’m desperate for bodies to come and stand with me outside the Methodist Church Hall, the Ridgeway, Woodingdean, tomorrow (Thursday 28 June) from 2pm.

“The meeting (which starts at 2.30pm) has been organised by the CCG (clinical commissioning group) as consultation following the application by Meadow Parade doctors to close the surgery.

“At the Patient Participation Group meeting last night it became apparent that many patients have still not received the letter about this meeting which means that even if they receive it today they will only have had 24 hours notice or less.

“This process is an attempt to rush through the closure with minimum consultation and is a disgrace and a shambles. The practice only applied to close on (Friday) 15 June.

“I will also have the petition board and signs. We now have 1,400 signatures against closure.

He posted details of a second consultation, also at the Methodist Church Hall, next Tuesday (3 July) from 6.30pm to 7.30pm.

Lloyd Russell-Moyle, the Labour MP for Brighton Kemptown, said: “If we truly cannot save Meadow Parade, then I shall be pushing to ensure that the developers who will be overseeing upcoming housing developments locally make financial contributions to allow for a continued doctors presence in the village, even if that means building a new surgery site altogether.

“The increase in population that will be brought by new housing will increase the need for a surgery in Rottingdean even further, so it is not unreasonable to expect developer contribution funds to go towards that end.”

David Supple, clinical chair of the CCG, said: “We have been notified by the partners at Saltdean and Rottingdean Surgery of their plan to close their Rottingdean branch as from September 2018, subject to final decision.

“There is no need for patients registered at Meadow Parade Surgery, Rottingdean, to do anything to get a new GP.

“They will be automatically be registered at Saltdean as part of any closure process.

“The doctors at Saltdean and Rottingdean Surgery have assured us they are able to offer a far superior and safer service at their main surgery in Saltdean, than if they maintain the branch site.

“In the past few months, they have had an increased workload caused by receiving around 600 new patients in a matter of weeks following the short notice retirement of doctors from the nearby Ridgeway Practice (with the premises not made available to the NHS after their retirement).

“The doctors at Saltdean and Rottingdean Surgery have told us that these extra patients can only be managed safely if there is access to specialist nurses and equipment that it has not been possible to provide at two sites. 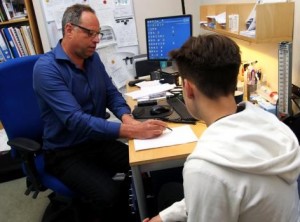 “This need reflects a change in the conditions that are now managing in primary care, with treatment often requiring more than one clinician (doctor or nurse) available at any one time, and it is only possible to have more than one doctor at the same site at the Saltdean surgery.

“This will bring benefits to patients – the main Saltdean site is purpose-built, with full disabled access, modern facilities and several other co-located services.

“This will offer patients a higher quality service than is possible at a small branch such as Meadow Parade.”

Dr Supple added: “Every effort was made by the CCG to support the partners at Saltdean and Rottingdean Surgery to continue to provide services in Rottingdean.

“General practice services across the city are facing the same pressures that are being reported from around England.

“As a statutory public body, we work within the current policy and framework set out by NHS England and will continue to do so to ensure patients receive ongoing GP services

“We have put extensive measures in place to support GPs in the city, including financial, administrative and educational support to help them run their surgeries more effectively and efficiently to free up doctors to provide more care for patients.

“One surgery saved the equivalent of seven weeks of consultation time per year through a change in repeat prescription process we identified.

“A key area of our plans to improve health and social care across the city is to make sure general practice is more sustainable, more resilient and works efficiently and effectively for many years ahead.

“This will include integrating some services, with other clinical specialists like pharmacists better supporting GPs, and helping GPs work more collaboratively together.

“There are also a number of specific scheme such as GP retention package as well as oversees recruitment that the CCG is implementing as part of its workforce strategy.”