Labour is due to start shortlisting people today (Monday 9 July) to become the party’s candidates in the local elections in Brighton and Hove next May.

The process has the potential to cause upsets, not least because a member of Momentum, an organisation set up by supporters of Labour leader Jeremy Corbyn, has circulated a list of preferred candidates.

And the list contains the name of only one sitting Labour councillor – Nancy Platts, who won her East Brighton seat in a by-election earlier this year and who used to work in Mr Corbyn’s office.

One former councillor also makes the list – Anne Pissaridou, who represented Wish ward from 2011 to 2015.

In all it contains 38 names – just over a third of them women – in the contest for the 54 seats on Brighton and Hove City Council.

Labour won 23 seats at the last elections in 2015 to become the largest party on the council but five seats short of a majority.

Since then Michael Inkpin-Leissner has switched to being an independent, citing concerns over anti-semitism within the Labour Party.

Another Labour councillor, Maggie Barradell, stood down to care for her elderly mother. Her successor, Lloyd Russell-Moyle, has since become the MP for Brighton Kemptown. His seat on the council was taken by Nancy Platts.

Nine of the 22 sitting Labour councillors have said that they are standing down next May. They are

Their successors – and Labour’s full slate of candidates – are due to be chosen over a series of up to 42 meetings (up to two meetings for each of the 21 wards) in the coming six weeks or so.

The two-stage process starts with a shortlisting meeting followed, if necessary, by a final selection meeting about a fortnight later.

Branch members will choose the candidates from applicants from among the 75 names on a list approved by the party’s Local Campaign Forum. The list contains 46 men and 29 women.

Just over half of those on the approved candidates list are also on the list shared by Momentum – 38 out of 75. 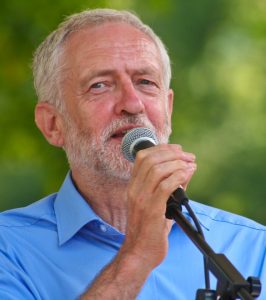 One Labour member said: “You’d like to think the party’s pitch would be, ‘we’ve done a good job for the last four years so give us a majority.’

“No one has a divine right to stand, but if we put up hardly any of our councillors as candidates, it’s really going to undermine that message.”

Another said that there seemed to be an assumption that if someone hadn’t joined Momentum, they were anti-Corbyn. But many councillors had loyally supported the party through thick and thin under various leaders locally and nationally, including Mr Corbyn, and that a political party should be “a broad church”.

Despite two leadership election victories, Mr Corbyn remains a divisive figure within his party. His critics believe, among other things, that he is too far left on the left-right political spectrum – or too far from the centre – to win a general election.

But his supporters point to the general election last year when he defied expectations. While Labour didn’t win, it was the party’s best performance since 2005 and cost the Conservatives their parliamentary majority.

Sitting councillors Les Hamilton and Alan Robins are hoping to be reselected in South Portslade.

In Moulsecoomb and Bevendean, one of the sitting councillors, former mayor Mo Marsh, is retiring next May, Her ward colleagues, council leader Daniel Yates and Anne Meadows, who chairs the council’s Housing and New Homes Committee, are hoping to be chosen again.

The shortlisted candidates in each ward will go forward to a final selection meeting in a fortnight’s time.