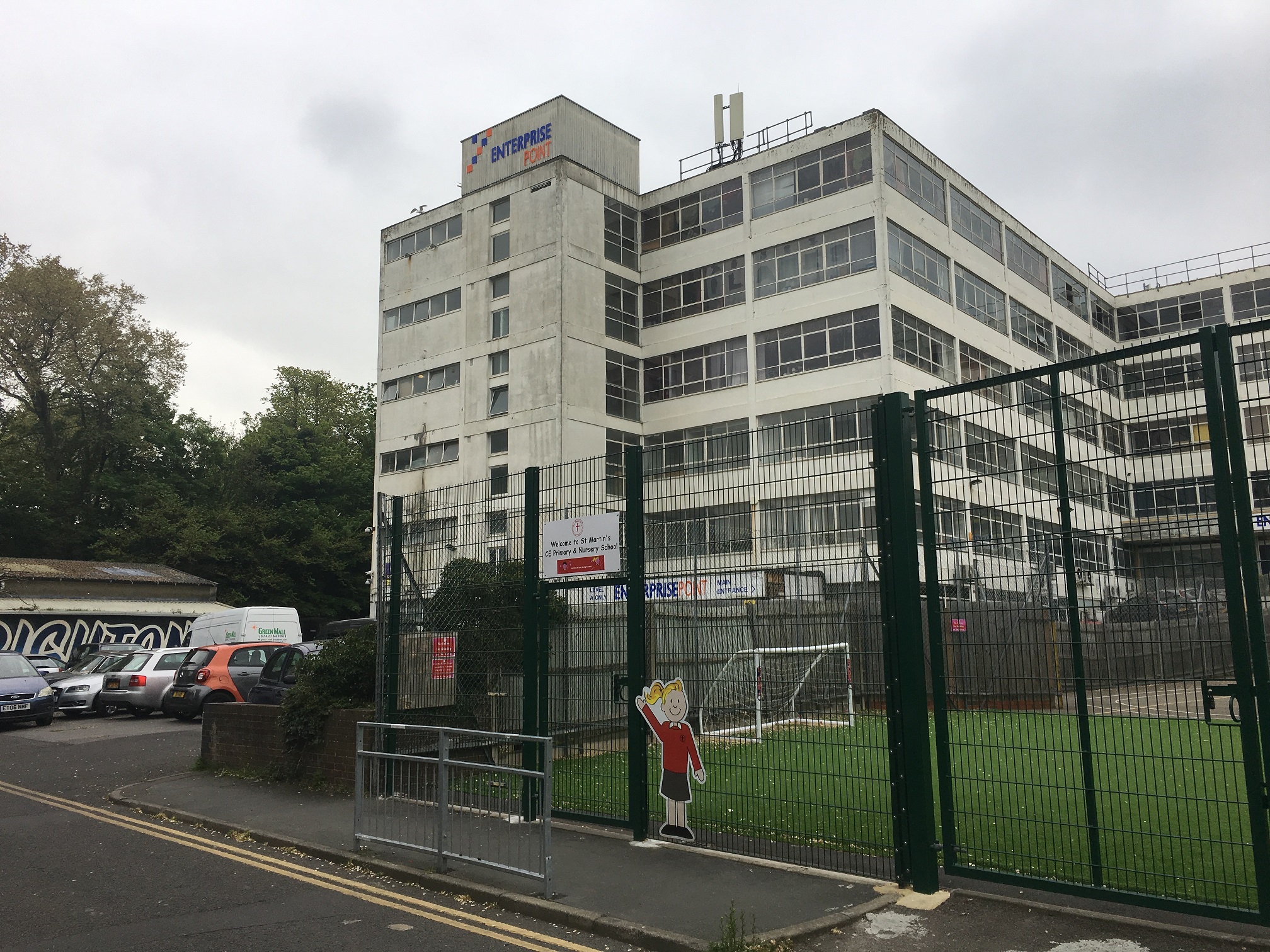 Plans have been unveiled for another block of student housing off the Lewes Road, at a former office building used by a music school.

Draft designs for a replacement for Enterprise Point on Melbourne Street include 350 student rooms, commercial co-work space and affordable housing.

This is the latest in a chain of student housing developments in what has been dubbed by planners as Brighton’s “academic corridor” along the Lewes Road to Falmer campus – the biggest of which, Preston Barracks, is now underway.

The plans were announced today – but developers Vita Group said it would only release an artist’s impressions of the plans on Thursday.

Michele Steel, Strategic Planning Director from Vita Group said: “We have an opportunity to create a really outstanding development here which will support a thriving little community area of Brighton, including Saint Martin’s School and attractive, well kept homes and apartments, currently residing next to Enterprise Point, which has become increasingly derelict over the past few years.

“We look forward to working with our neighbours and the city to develop designs which deliver something very special at this largely unknown, but substantial site off Lewes Road in Brighton.”

The site was previously home to the popular Access to Music music college, but after the then-owners gave it notice, it closed. Hundreds of people signed a petition protesting the closure, and it was given a 12-month extension to its lease in April 2016, but closed three months later at the end of the academic year.

The 1950s six-storey office building, constructed into a steeply sloping site was used as an office building until the mid 1990s and then converted into a multi-use business centre, with the three lower levels used for a mixture of industrial and office space, whilst the three upper levels were used for a combination of office and leisure uses.

Other student housing developments either newly built or planned in that area include three blocks (one completed, two approved) at the Vogue Gyratory, the Preston Barracks scheme, and the earmarking of part of the bus depot for at least 250 flats in the draft city plan, published last month.

An exhibition of the plans will be held on Thursday from 4pm to 8pm on Thursday 12 July at the URC Church Hall, Saunders Park Rise West, Brighton BN2 4EU, next to the B&Q trading estate. If anyone wishes to ask any questions or be kept informed, they can email vita@naturalpr.biz.