Three homophobic thugs attacked two men at a Brighton kebab shop, leaving one of them with a broken jaw and needing stitches for a cut to his face. 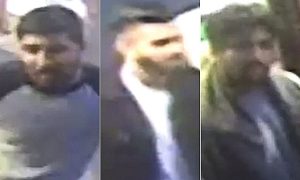 The second victim also suffered facial injuries in the fracas although these were less serious.

“The trio attended Seaside Kebabs in King’s Road, Brighton, at about 4.30am on Thursday 7 June, where they are reported to have made derogatory comments about homosexuality before a verbal altercation ensued with at least two other customers who were then assaulted.

“One of the victims – a 21-year-old man from Suffolk – sustained a fractured jaw and a laceration to his face which required stitches.

“The other – a 22-year-old man from Gloucestershire – sustained minor facial injuries.

“Initial inquiries have not led to the suspects, described as three Asian men, being identified and officers are now seeking help from the public. It is believed they may be from London.