A homeless man must stay in prison for six months as he awaits trial for the murder of a rough sleeper in the Royal Pavilion Gardens close to Brighton Museum. 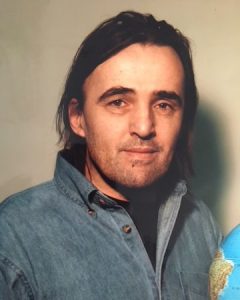 Lemori denied murder and will stand trial on Monday 21 January next year. The trial is expected to last for two weeks.

Mr O’Connell was attacked minutes before midnight on Tuesday (7 August) in the Royal Pavilion Gardens and left for dead.

He was found at about 7am the next day (Wednesday 8 August) by a passer-by and taken to the Royal Sussex County Hospital in Kemp Town.

Lemori was arrested on suspicion of attempted murder at about 9pm on Wednesday in nearby Church Street, Brighton.

But Mr O’Connell died and unemployed Lemori was charged with murder at Brighton Magistrates’ Court on Friday (10 August).

A pre-trial hearing has been scheduled for Monday 29 October.

Last week Mr O’Connell’s family said: “Andrew O’Connell was a family man who was loved by many.

“He was a kind, intelligent man with a free spirit who loved to travel.

“As a family we are utterly devastated, hurt and angry that he has been taken so cruelly from us.”